Masquespacio, the creative consultancy of Ana Milena Hernández Palacios and Christophe Penasse has designed the Solera supermarket in Cologne. 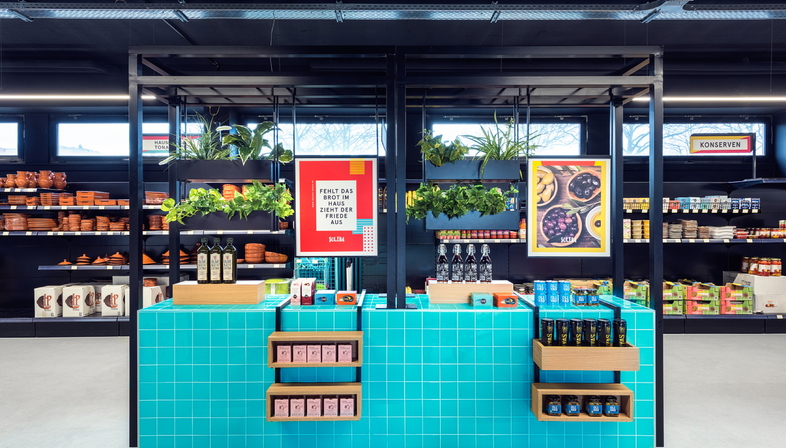 Masquespacio, the creative consultancy of Ana Milena Hernández Palacios and Christophe Penasse has designed the Solera supermarket in Cologne. From the brand's visual identity through to fitting out the premises: Solera is now a benchmark in Germany, and not just for Spanish gastronomy.


The latest creation by Spanish creative studio Masquespacio is located in Cologne. Pepa Bascón is a businesswoman from Seville who has been operating in Germany for twenty years. She commissioned Ana Milena Hernández Palacios and Christophe Penasse to design the brand image and interior for Solera, her new “cash & carry” supermarket that sells Spanish gastronomic products.
Pepa Bascón not only wanted to open a new point of sale, she wanted to bring the best of her native country to her customers. This comprises both the on-demand traditional ingredients of Iberian cuisine and the Spanish atmosphere and feel. So, Masquespacio took the 500-square-metre space and developed a project aimed at creating an immersive experience for supermarket customers.
The dominant black is a symbol of the shop's seriousness, laying the grounds for the splashes of bright colours that reference the colours of Spain.
As usual, Ana Milena Hernández Palacios and Christophe Penasse elegantly craft visual references to the world of the Mediterranean, which are suggestions rather than concrete evocations. This allows customers to let loose their imagination to create their own picture of Spain, amidst the different colours, perfumes and patterns whose goal is to communicate a brand and a mood.
A kitchen for degustation and seminars rounds off the offer of Solera by providing a hands-on opportunity to try out the ingredients of Spanish cuisine set in really inspiring interior design 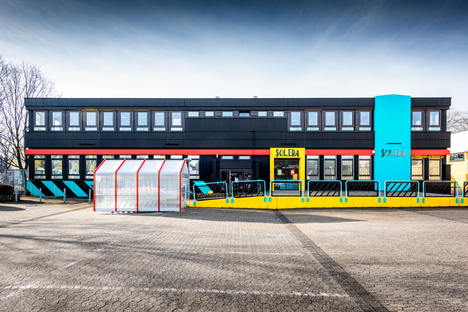 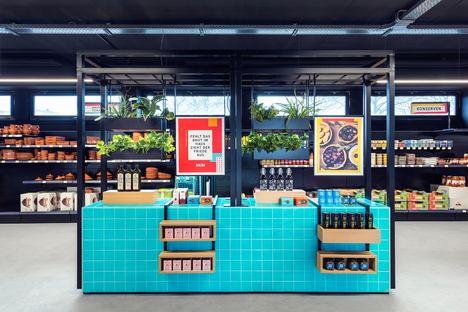 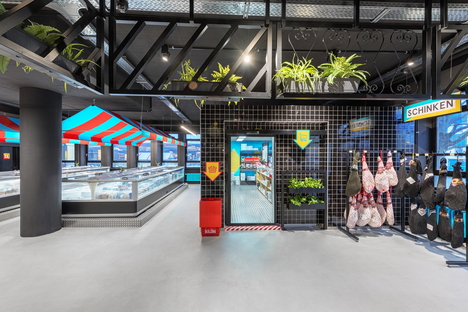 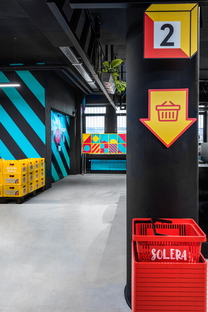 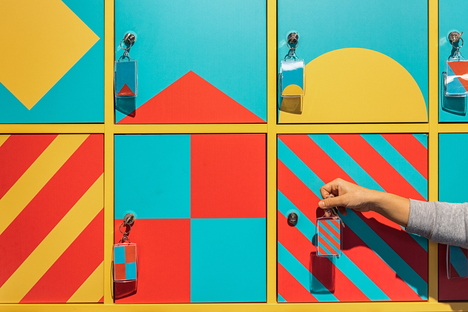 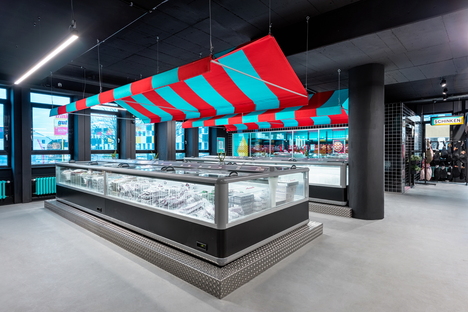 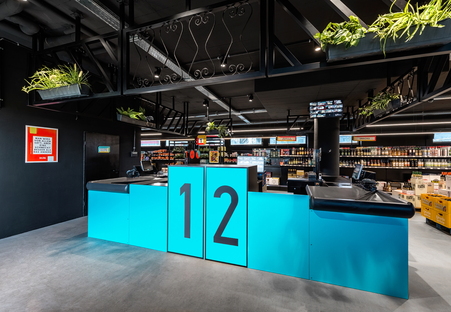 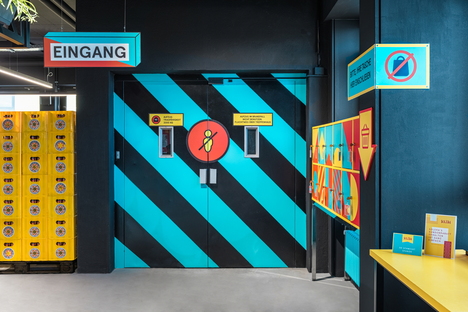 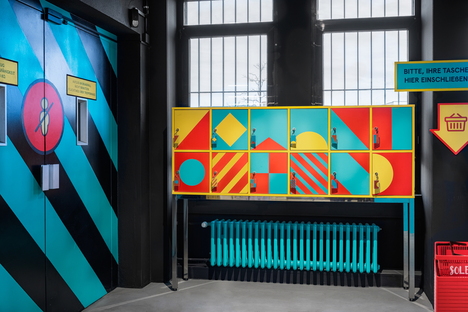 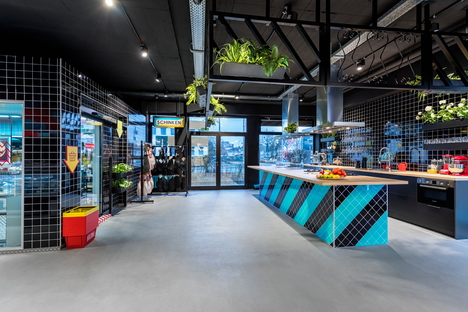 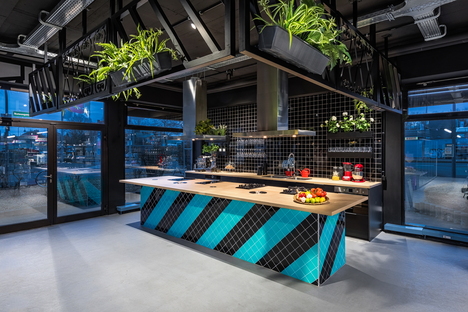 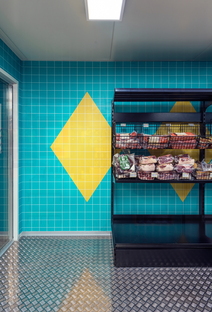