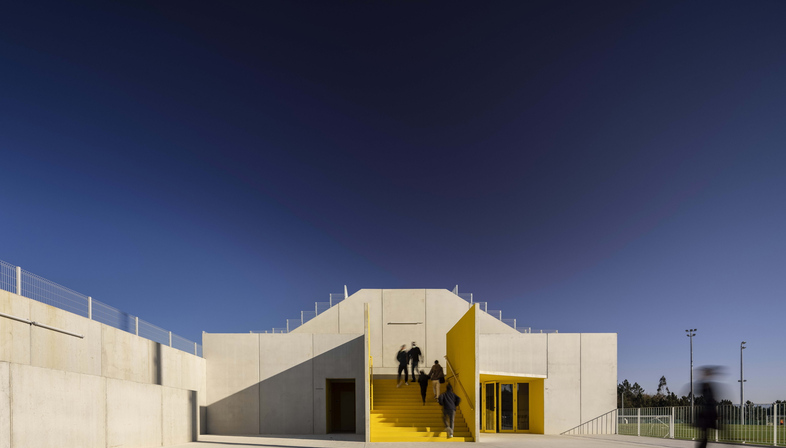 The municipal stadium in Aveiro, a town with a population of 77 thousand located 60 km south of Porto, was built as one of the ten stadiums hosting the 2004 European Football Championship. Located in a park on the outskirts of the town, it was designed by architect Tomás Taveira to amaze with its colourful appearance.
This is the context of the project by architectural practice SUMMARY, based in the Scientific and Technological Campus of Porto University. True to their mission of seeking a balance between pragmatism and experimentation, the architects of SUMMARY develop construction systems inspired by the central theme of optimising construction time and use of physical resources. These ideas were condensed in a multifunctional grandstand designed to add to the services provided for athletes as a supporting structure for the practices and official games of younger teams.
The construction is a single volume containing all the functions required for physical activity, including locker rooms and complementary amenities for enjoying the game. The layout of the grandstands, facing the playing fields on each of the long sides, allows them to serve two football fields.
Optimisation of resources is applied first of all to the construction system, made entirely out of prefabricated concrete units. Monitoring of the quality of these components in the factory makes for a more efficient construction process, saving a significant amount of time, always a key factor when constructing a public building.
The architects of SUMMARY chose to use concrete in its natural colour. The team led by the studio’s founder, Samuel Gonçalves, explains that this „is simultaneously an aesthetic choice as well as a cost-effective one, avoiding the need for additional finishings. Colour is used sparingly but intentionally to create a strong effect in the circulation areas and to symbolically identify all public access areas.“
But the sobriety of the new multifunctional grandstand is also a gesture of respect for the existing stadium and its unusual colourful design. This is extended from the façade inside, from the roof to the plastic chairs colourfully distributed over the stands, providing seating for 32,830 fans. The neutral hues of the grandstand shrink from competition with the presence of the nearby stadium.
The architects also focused on sustainability, using bioclimatic solutions such as openings favouring cross-ventilation and use of solar panels. These measures and the building’s great energy-efficiency substantially reduce operating costs, an essential consideration in maintenance of a public building.
In addition to expanding the offering of services for athletes and fans, the new grandstand catalyses public life in the suburban park around it. The architects say that „The configuration of the building and program distribution generates a series of situations where public life can unfold and a sense of community can be more strongly felt.“ A bar placed near the entrance and signalling of all public elements in the same yellow colour identify areas open to the general public, a visual reference completing the new truly multifunctional grandstand built by SUMMARY in Aveiro. 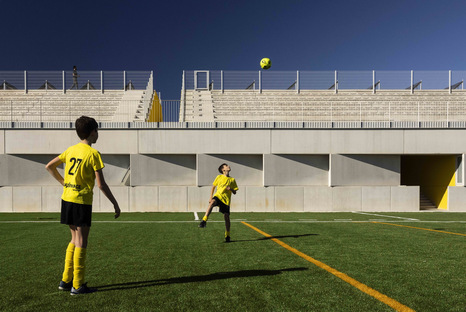 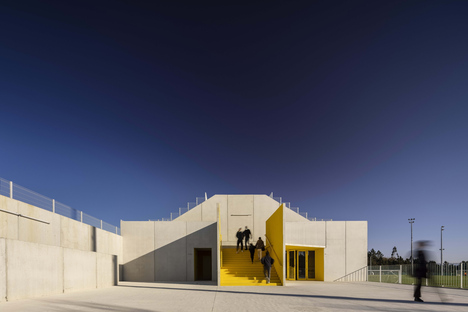 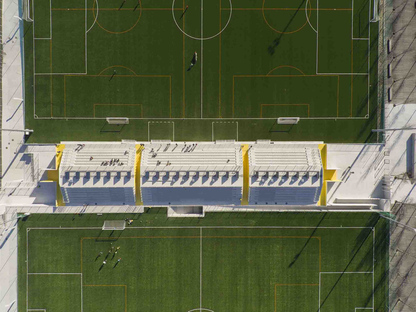 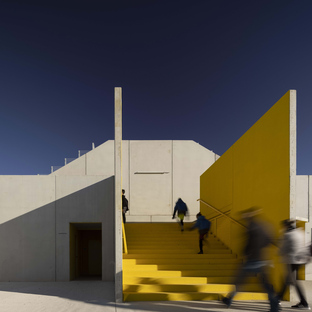 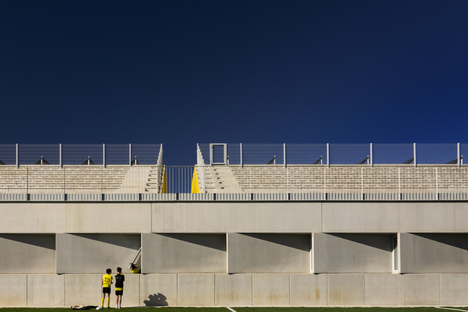 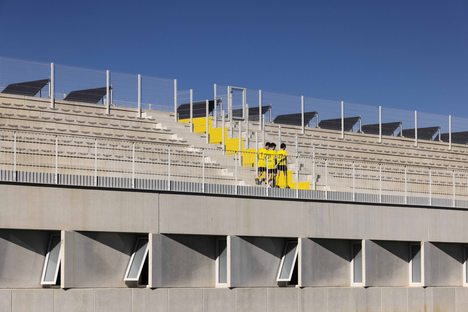 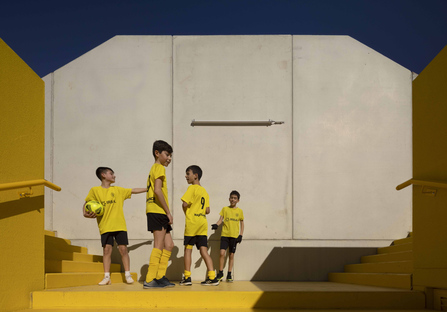 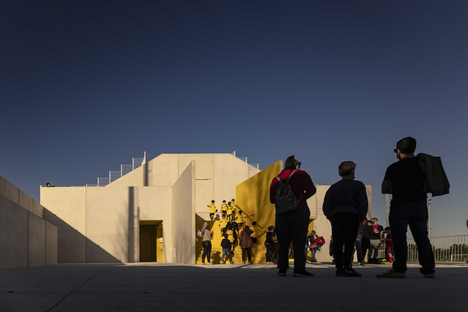 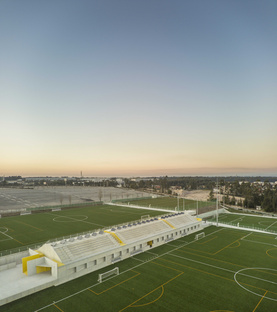 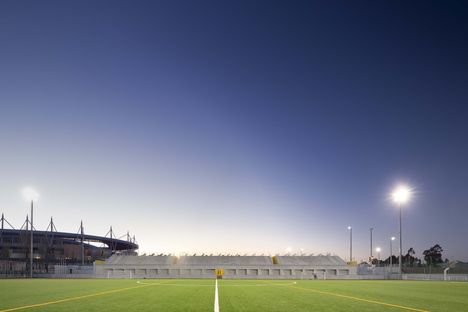 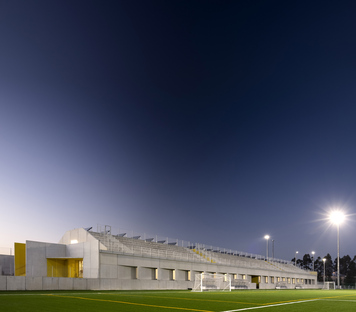