With his installation “infrastructure-structure-architecture” Samuel Gonçalves from the Portuguese architecture studio, Summary took prefabricated elements of a real, existing project to the Arsenale of the 2016 Venice Architecture Biennale: Gomos System. This year, he went a step further and completed the first apartment block that combines the advantages of prefabrication with eye-catching aesthetics. 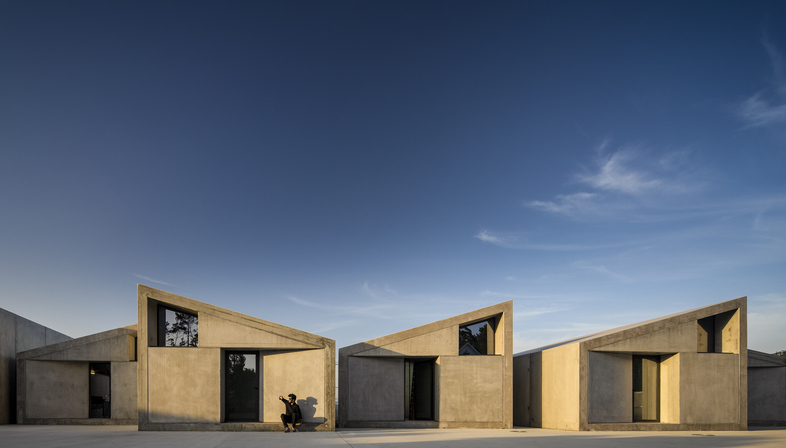 The young architect Samuel Gonçalves from Summary designed the installation called “infrastructure-structure-architecture” at the 2016 Venice Biennale (link), invited by that edition’s curator, Alejandro Aravena because of the creativity behind his idea. At the time, we wrote: “When we hear the word prefabrication, far too often we conjure up images of practical but rather unattractive buildings.”
Instead, Summary wowed us with three symbolic elements made by Gomos System, lining them up on the edge of the Arsenale, where they acted as frames for the sights of Venice and became actual sculptures. A creative and attractive way of addressing a significant challenge of contemporary architecture: speeding up and simplifying the construction processes.
And now we can also enjoy a multi-residential project also made using this prefabricated, modular construction system. It’s located in Vale de Cambra, a municipality in the District of Aveiro, in the Norte region of Portugal and is now part of the Greater Metropolitan Area of Porto.
The client’s brief was ambitious, to say the least: quick construction turnaround, multipurpose and, of course, cost-effective. All of this was for a complex formed of a ground floor with a programme for multi-services connected to the public space, topped by six, 45-square-metre mini-apartments. Given the differences between the two programmes, one public and one private, the architects opted for independent access for each one. They put them on two levels, following the natural slope of the land, as we can see in the shots of the famous architecture photographer, Fernando Guerra.
They used prefabricated slabs and structural panels in the external perimeter of the ground floor. The idea here was to ensure flexibility; it’s possible to add or remove compartments or leave the whole level as an ample, open space. This leaves it up to the occupants to adapt the area to meet their needs.
Against this, six Gomos System compartments with sloping roofs form the first floor. The maximum area allowed by law was quite small, so the architects from Summary angled the prefabs so they could leave the required gap between each housing unit, at the same time assuring the privacy of the occupants in each home.
The Summary project was designed and approved as a multi-housing building - a horizontal apartment block if you like. Still, since the compartments are all separate, they have the main advantages of freestanding houses: separate entries and comprehensive noise protection between the units.
The structural material used throughout the building - precast concrete - has been left exposed and unfinished. This kept down costs and construction times, and also reduced environmental impact. All the components of the new complex were factory-built and quickly assembled on-site, jointly acting as structure, insulation and cladding elements. The project by Summary with Gomos System pursues a contemporary aesthetic, where the iconic compartments made from concrete - a trendy material due to its minimalist beauty and texture - show us that it’s time to leave behind some of the prejudices associated with prefabrication. We can also see a creative touch inside the units, where the yellow and light blue colour palette, natural lighting through floor-to-ceiling glazing, and large balconies make us realise that architecture with prefabricated elements can even be sexy! 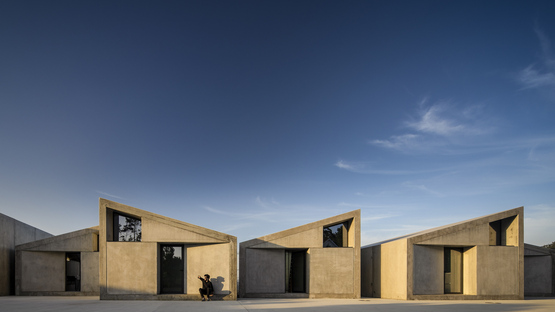 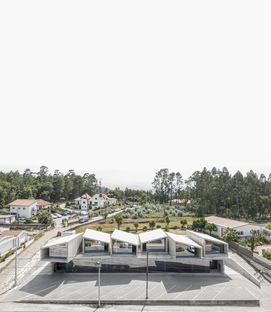 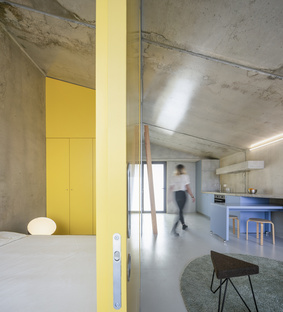 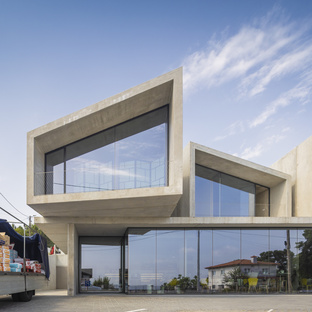 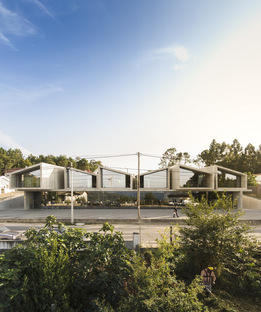 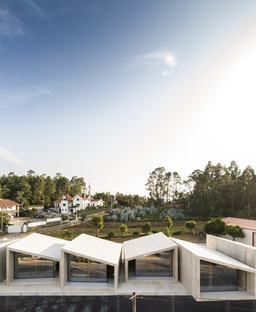 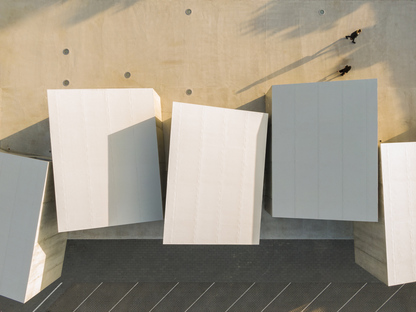 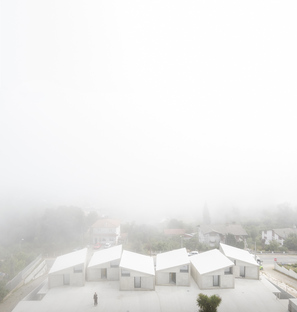 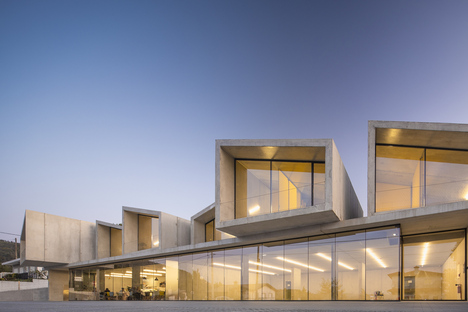 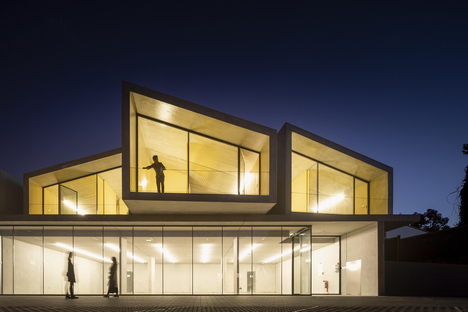