Spanish firm Fran Silvestre Arquitectos has given a house in the middle of a pine forest near Valencia a brand new identity. 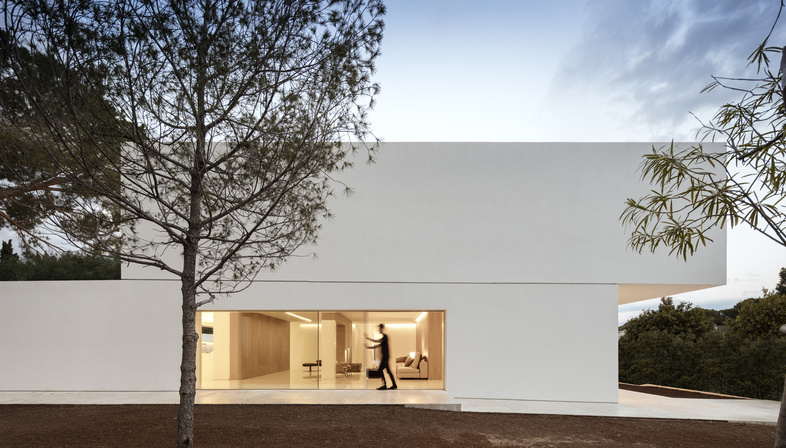 Spanish firm Fran Silvestre Arquitectos has given a house in the middle of a pine forest near Valencia a brand new identity. A contemporary project that further accentuates the relationship between architecture and nature in a harmonious interaction.


Remember those family houses in the countryside, often in the middle of a beautiful pine forest? The ones with new rooms and extra floors added on over the years, so the construction looks as if it is kept standing by some kind of magic spell?
Something that enthusiasts of the Harry Potter saga by J.K. Rowling might recognise as reminiscent of The Burrow, the family home of the Weasley family is where the work of Fran Silvestre Arquitectos comes in. This architecture studio is known to our readers for their elegant, streamlined formal language, and they were commissioned by the owners to give a new, unifying identity to a house that has belonged to the same family for a number of generations.
This construction near Valencia was significantly shaped by a series of alterations at various times, using different building systems and styles, but always in response to family circumstances that made it essential to maintain the structure, spaces, uses, garden and memories, presenting them in a new way.
No easy task because it was necessary to preserve the family history and at the same time turn it into a place with modern comforts for the use and enjoyment of the occupants and also respect the beautiful pine forest surrounding the house.
So Fran Silvestre Arquitectos crafted a makeover that involves an overlay of bold volumes, creating new social and functional spaces between interiors and exteriors in clear reference to traditional Mediterranean architecture with courtyards, patios and shaded paths and the prevalent use of white for all the masonry work.
The different intermediate levels of the existing building have been kept in the interior, resulting in a series of multifaceted areas of very distinct dimensions and heights, but united by their seamless communication with each other. The load-bearing structure of the original house has been integrated into the décor, which is the same shade of grey as the trunks of some of the tree species in the garden.
An important part of the renovation project by Fran Silvestre Arquitectos is the skilful use of daylight that streams through the large windows with overhanging frames protecting the interiors from the sun in the hot Valencian summers and through the openings in the interior courtyards. This also keeps the home cool through natural ventilation making a climate-control system unnecessary.
Fran Silvestre Arquitectos's House in the Pine Forest is a carefully planned architectural project that blends harmoniously into the green context, as we can see in the images by photographer Fernando Guerra, highlighting the elegant formal language that distinguishes the work of the designers. 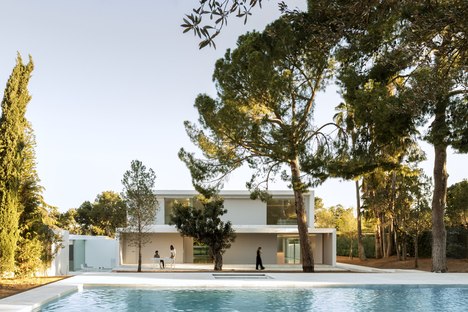 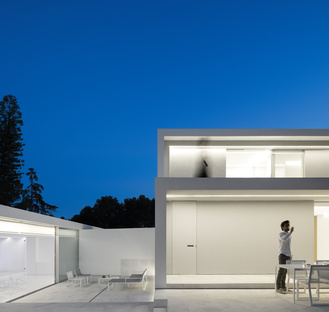 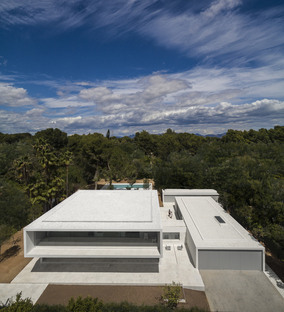 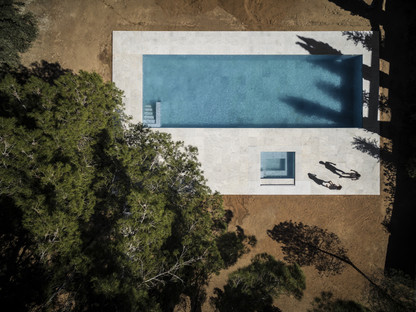 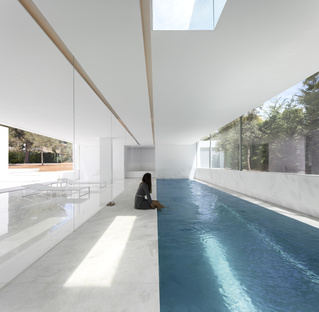 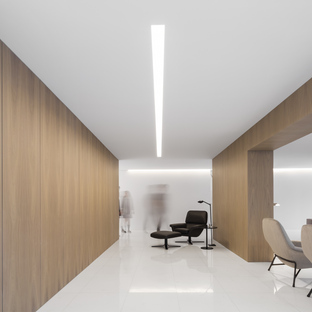 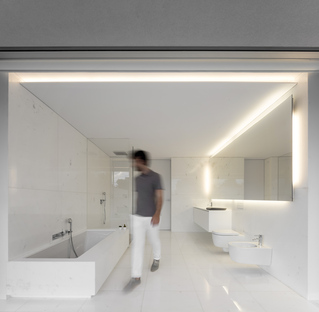 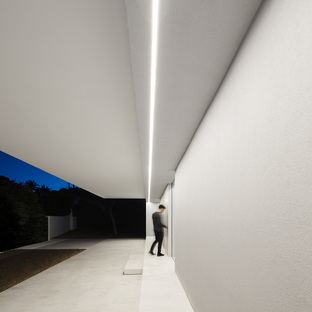 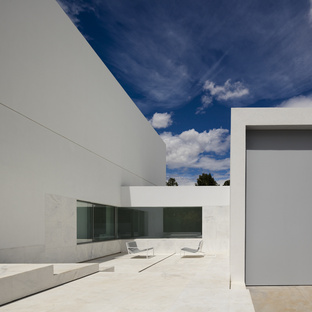 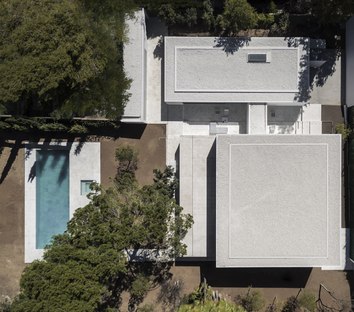 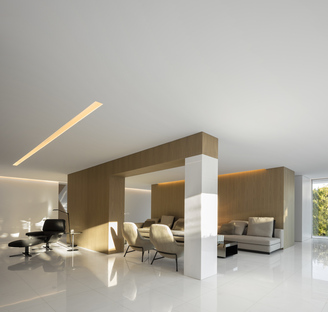 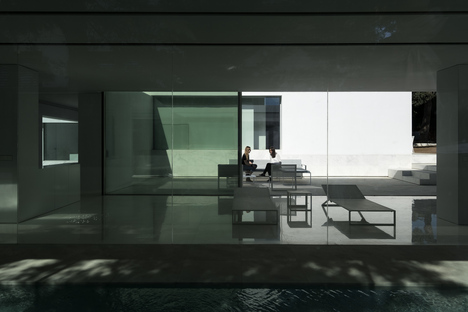 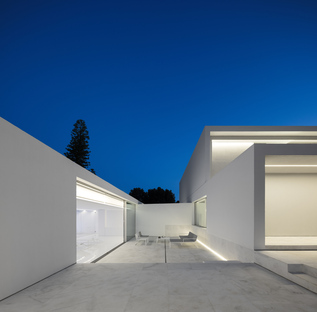 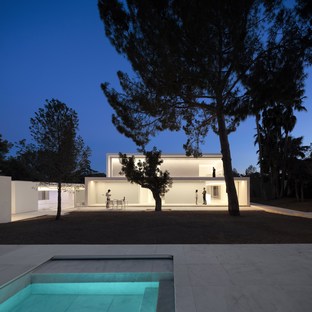 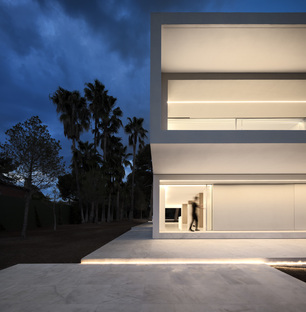