The Panama-based architecture firm SKETCH, founded by Johann Wolfschoon has turned the top floor of an industrial shed in Panama City into a dance academy with studio rooms for dance and other dance-related disciplines as well as changing rooms. 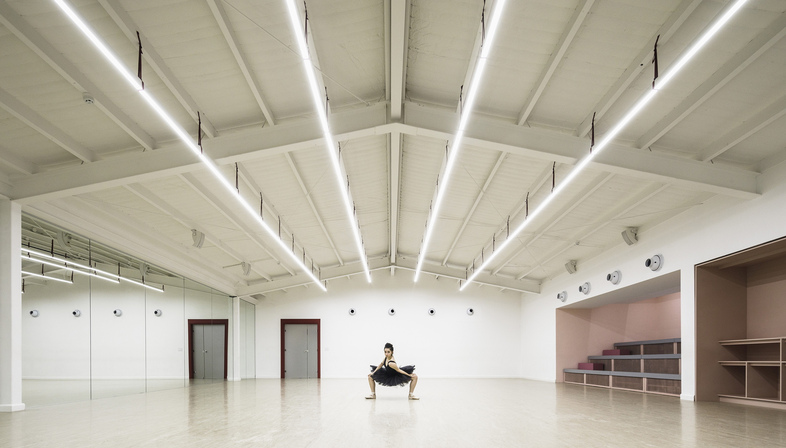 The Panama-based architecture firm SKETCH, founded by Johann Wolfschoon has turned the top floor of an industrial shed in Panama City into a dance academy with studio rooms for dance and other dance-related disciplines as well as changing rooms.


Who has never made a resolution for the New Year? And maybe one of those resolutions was to learn dance or other dance-related activities like Pilates and yoga? Well then if you live in Panama City you just got lucky (or you've got no excuses) because right in the city centre is STEPS, a dance academy that opened in 1986 with the goal of promoting the Panamanian culture by teaching different kinds of dance.
Today STEPS has hundreds of students and a new centre designed by SKETCH, the young architecture and design firm founded in 2006 by the architect Johann Wolfschoon. The peculiarity of this dance centre is that it started with the revamp of an industrial shed whose 620-square-metre top floor had been previously used as a gym.
Wolfschoon has come up with a project that improves the spatial qualities of the dull, nondescript original and he even managed to do it on a tight budget. In the end, he came up with two large studios that can be used for both classes and performances, two smaller rooms with exercise equipment, and toilets and changing rooms.
And he's done it all with great simplicity and elegance, really making the most of the design restrictions caused by the height limits imposed by the gable roof. So SKETCH positioned the auxiliary spaces around the edges of the floor plan, with the main studio located right in the centre. This main studio room is also used as a hangout for students enrolled in the dance school. In the absence of natural light caused by the building's original purpose as an industrial shed, the lighting is provided by several rows of lights stretched along the ceiling that bring a bright, even light ambience to the space. The walls are clad with mirrors, absolutely essential in dance studios, and in this case, also a great, smart way of expanding the visual perception of the space. Subtle pops of colour in the audience seating areas, storage lockers and even the light fixtures break up the pure white ceiling, floor and walls.
Two staircases lead up to the dance school area and into the different rooms on the top level where the school is located, so students can access all the performing areas and visitors can directly enter the performing studios.
The STEPS dance academy by SKETCH is a fine architectural illustration of the architecture firm's belief that design should be intelligent and fun. Designing and executing such an elegant and functional structure in a simple and nondescript prefabricated container is certainly no easy task but it is feasible, as we can see from Fernando Alda’s photographs. 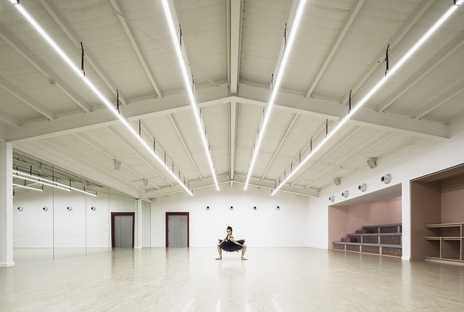 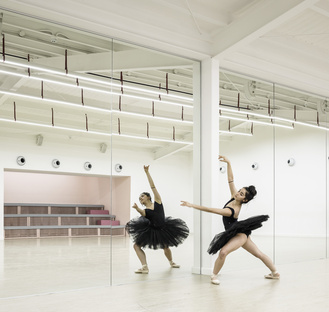 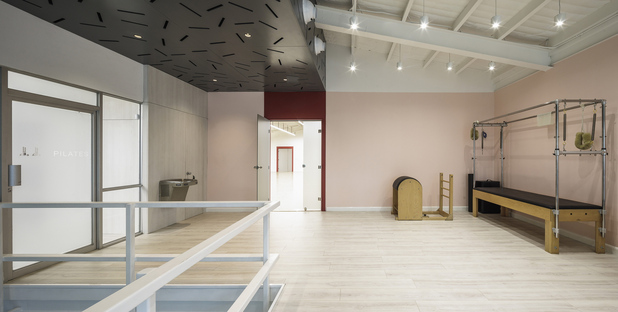 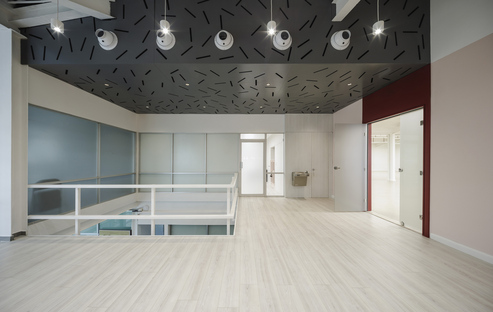 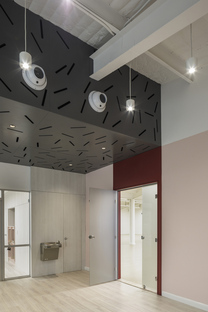 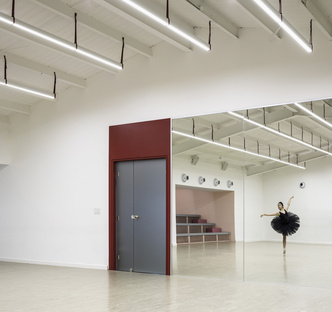 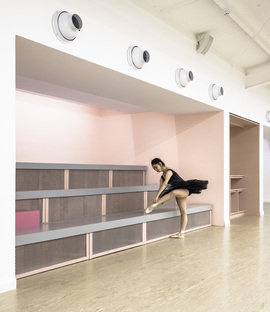 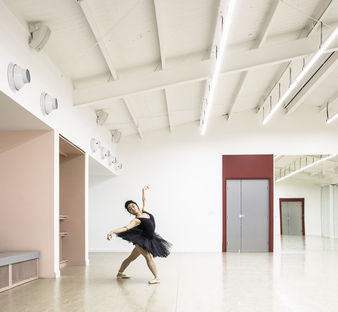 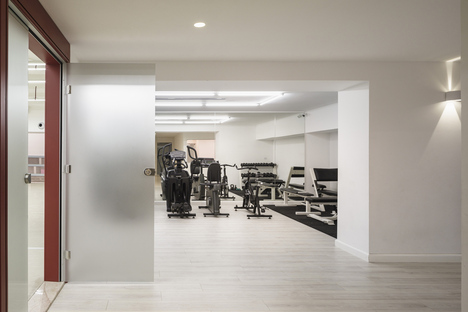 BioMuseo in Panama by Frank Gehry