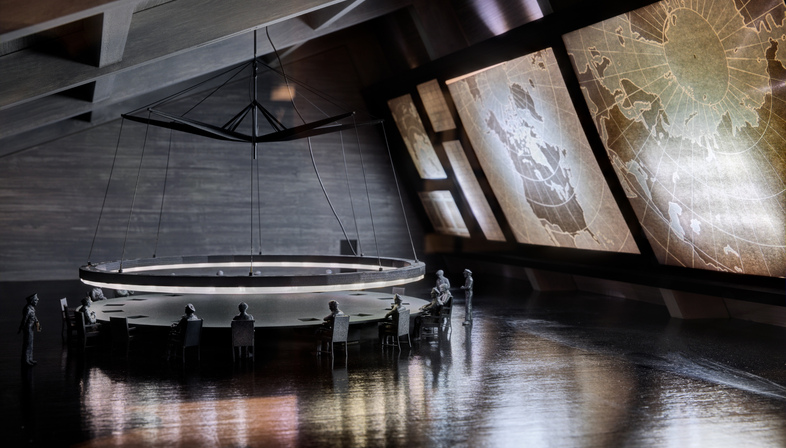 
Stanley Kubrick: The Exhibition has been shown in 15 cities and has now come to London. The famous director had a special relationship with this city and the exhibition here coincides with the twentieth anniversary of his death. Unlike the previous exhibitions that showed Kubrick’s work in chronological order, this exhibition - curated by the London Design Museum director Deyan Sudjic and designed by Pentagram partner Marina Willer - has been divided thematically into seven sections, with a strong focus on design.
The exhibition features about 700 objects, films, interviews, letters and photographs. These include a detailed model of the Centrifuge-set that Kubrick had developed for 2001: A Space Odyssey; film props such as the infamous Born-to-Kill helmet worn by Private Joker in Full Metal Jacket, costumes designed for A Clockwork Orange and Barry Lyndon and much more.
The exhibition kicks off with a focus on Kubrick’s use of a one-point symmetrical perspective, a style of filming that fosters near-perfect symmetrical shots. For this, visitors enter the exhibition along a corridor flanked on either side by two digital screens playing clips of Kubrick’s films.
The floor is covered in a patterned carpet that is a replica of the graphic orange and brown carpet in Kubrick’s classic horror film The Shining.
Stanley Kubrick was fascinated by all aspects of design. He worked with the leading designers of his generation on his films, including Hardy Amies, Saul Bass, Philip Castle, Eliot Noyes, Milena Canonero and Ken Adam, props and scenes for some of the most iconic shots in the history of filmmaking.
So visitors will see a model of Dr Strangelove’s War Room, probably one of the most famous film sets ever designed, so much so that it was mistaken as real by the President of the United States, Ronald Reagan, despite his own background as an actor, or maybe for that very reason. The designer was Ken Adam.
Then you can, of course, see elements from 2001: A Space Odyssey, to discover how Kubrick developed the incredible Centrigufe set which represented a mechanical way of producing artificial gravity for long-duration space missions. It’s one of the largest kinetic sets ever built.
A tribute is also paid to the city of London in the exhibition at the Design Museum. Although originally from the Bronx in New York, home for Stanley Kubrick was the quiet countryside of Hertfordshire where he lived from 1961 until his death in 1999. During that period, London served as a source of inspiration and the backdrop to some of his most iconic scenes where he morphed the city into something entirely new each time, from A Clockwork Orange to Eyes Wide Shut.
Stanley Kubrick: The Exhibition is running at Design Museum, London until 15 September and is a real must not just if you love the world of films and design. It brings together even the most diverse group of friends. 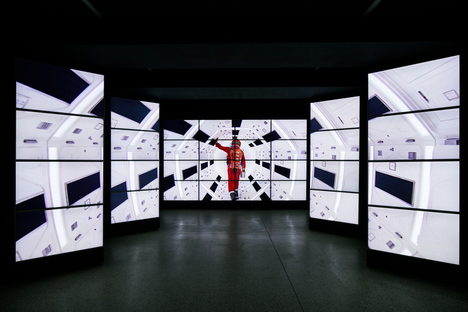 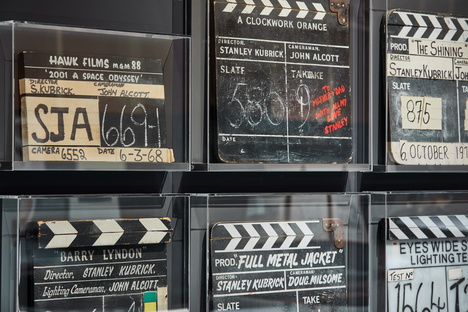 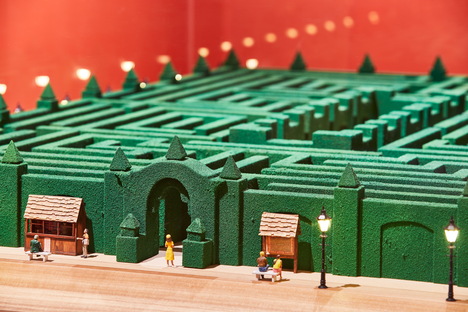 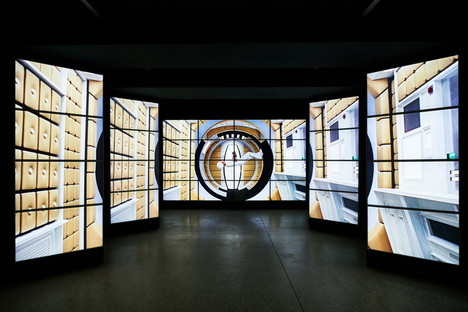 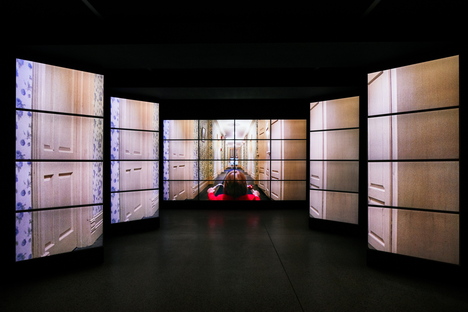 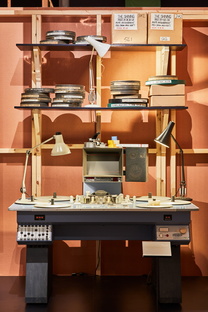