A stand to communicate the brand

The team from German studio Walbert-Schmitz, which has been operating in the trade fair sector for years, designed the Birkenstock stand for a trade fair in Berlin. The team from German studio Walbert-Schmitz, which has been operating in the trade fair sector for years, designed the Birkenstock stand for a trade fair in Berlin. The sustainably designed scenography is an integral part of the brand's storytelling narrative.


Despite the fact that in the era of the web we might think that trade fairs are not so important for communicating a brand, there is nothing like visiting a stand for a hands-on experience of the products and to get the feel of the brand.
You can really grasp the importance of communicating all the values generated by a brand in the spatial and sensorial experience of a stand when you see the latest creation by Walbert-Schmitz for Birkenstock, renowned for its comfortable, natural footwear. In the intriguing backdrop of “Gleisdreieck” in Berlin, a zone dominated by old, bare brick industrial buildings, they have crafted a setting that showcases the brand's latest fashion innovations.
The installation is based on the same natural materials used for the footwear, from cork to leather. The modular concept, again developed with sustainability in mind, looks to the future reuse of the elements. An approach that is also manifested in the decision not to waste the decorative greenery used in the exhibition layout and to create a relaxing, summery atmosphere in the space: the plants were hired for the duration of the fair and can be used again to decorate other places and events.
The creative design team from Walbert-Schmitz worked closely with Birkenstock on the concept in order to guarantee a creation that would reflect the corporate identity and respect the environment. 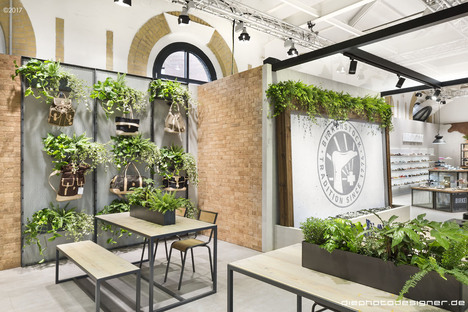 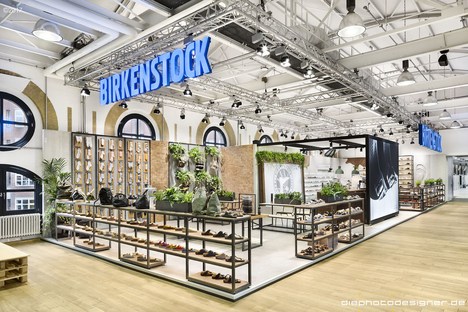 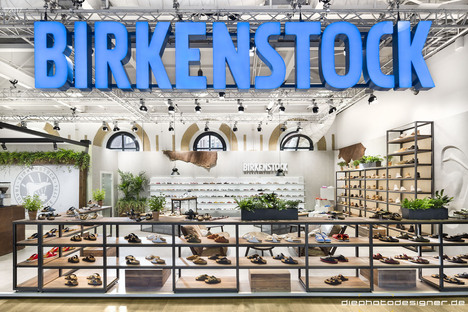 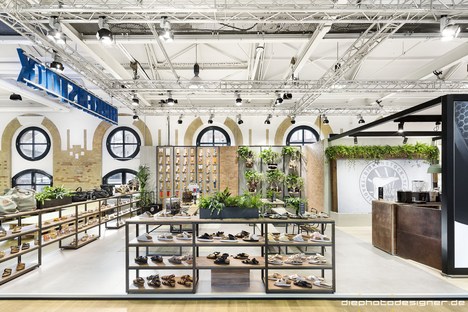 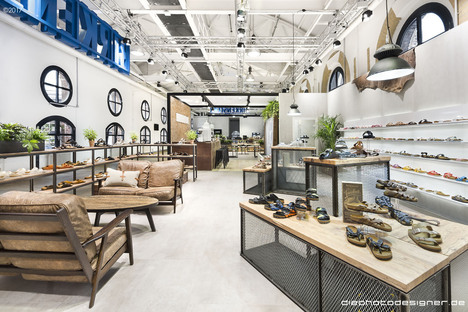 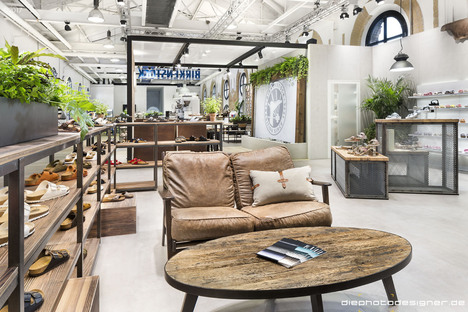 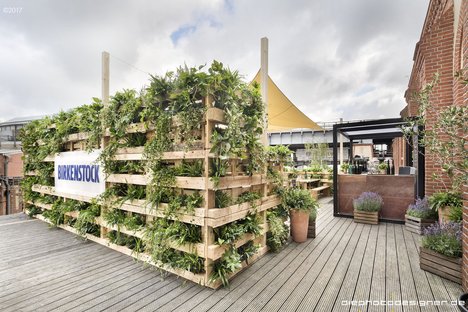 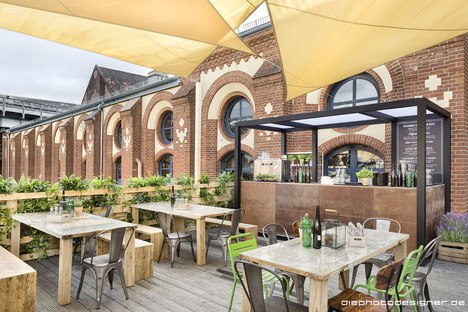