Czech artist, Petr Dub gives his own take on the famous Sentences on Conceptual Art by American artist, Sol LeWitt, published in 1969, in the space of a modernist church in Hradec Králové. His installation works on a range of visual layers. Also, it exploits architectural visualisation techniques to challenge the way we see and understand images. 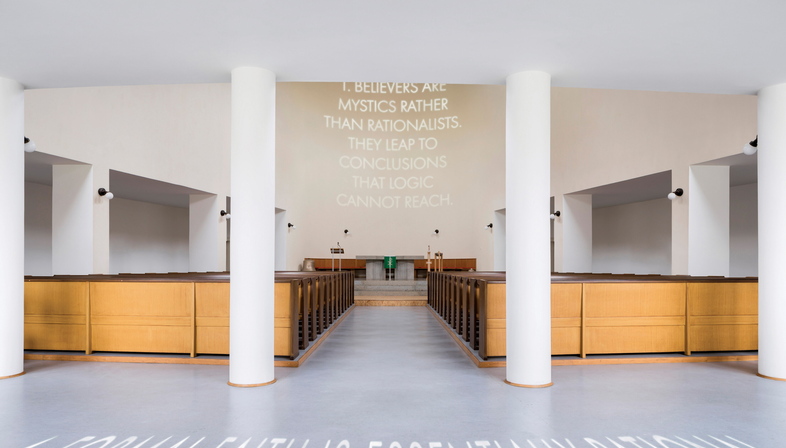 Czech artist, Petr Dub has been using his art to interpret words and images for some time now. He often uses architecture as the base, or rather as the canvas for his works, which explore the world of visual information. In the knowledge that more than ever before in history, today we live in a time where images appear as quickly as they disappear but leave a deep impression, this installation curated by Adam Štěch attempts to give pause to our minds.
For this installation, which he created for the interior of the Church of Priest Ambrose of the Czechoslovak Hussite Church in Hradec Králové, Petr Dub uses Sentences on Conceptual Art, a list of 35 principles initially published in the late 1960s, and written by the American minimalist artist Sol LeWitt, whose art is very close to architecture. In addition to his geometrically constructed objects and drawings, LeWitt also addressed the importance of conceptual art in theoretical considerations.
It is no coincidence that Dub chose a place of worship for his work, designed by architect Josef Gočár and built in the years 1926-1929 in the austere spirit of emerging modernism. The church symbolically resembles a ship, with its narrowing nave and round windows, and is part of a set of buildings of the dioceses built on the plan of an irregularly shaped triangle.
For his installation, Dub gives the architectural space a new meaning that is more than just the physical place. LeWitt’s rational and speculative interpretations of conceptual art are projected by Petr Dub into the structures of strict modernist architecture, thus capturing the dogmas of last century’s fine arts in today’s equally dogmatically perceived architecture. The artist deliberately avoided physically attaching the sentences to the architecture. Instead, he worked with his colleague, photographer Zdeněk Porcal, whose photos perfectly capture the interior of the church, which is subsequently modified in post-production by Pavel Vinter, an expert in architectural visualisations.
This approach created a chain of semantic and visual layers without the sentences actually appearing in the architecture. At the level of thought, these are various sections of reality, a kind of professional illusion, with which the artist deliberately plays, followed by the actual architecture: word—visualisation—reproduction and post-production. In this sense, the installation proposes a parallel to avant-garde art itself, where there is an ongoing belief in one’s own inviolability while preserving the right to challenge all social conventions. The artist refers to the use of contemporary architectural drawings and visualisations, generally understood as a way of depicting “reality”, yet at the same time expressing it only partially and in many cases completely inaccurately or in an intentionally misleading manner.
The artist also works with the font motif. The text as such became an essential art medium during the twentieth century. From a mere bearer of content, the writing came into a visual context. While the fundamental nature of the content is manifested in the fact that Petr Dub does not just shift the sentences in the visual sense, he also changes their semantics, by replacing the words “art” and “artist” in LeWitt’s Sentences with the words “faith” and “believer”, to fit the context of his installation.
The work Sentences after Conceptual Art by Petr Dub tests our attention, our capacity to resist the power of the image and our desire to believe in the meaning of the artistic illusion. 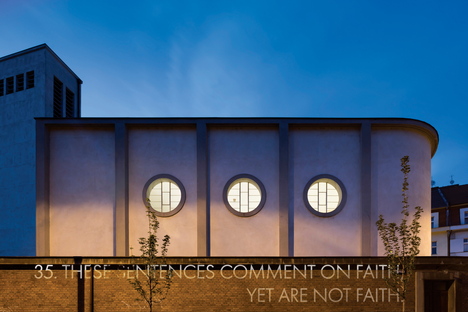 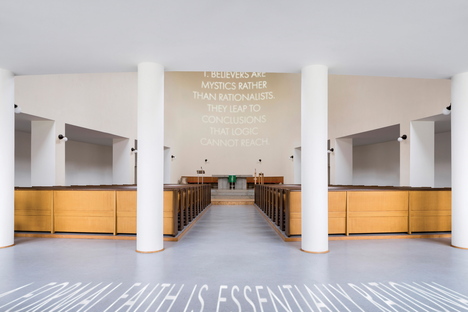 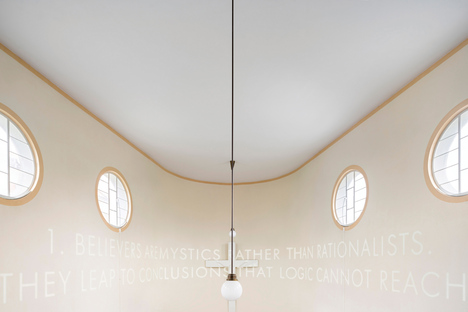 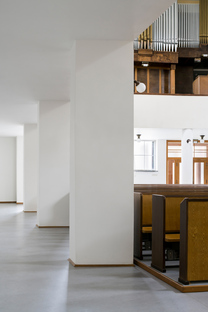 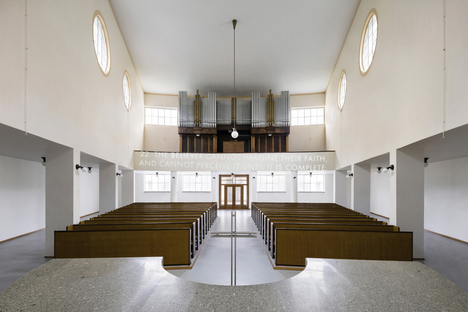 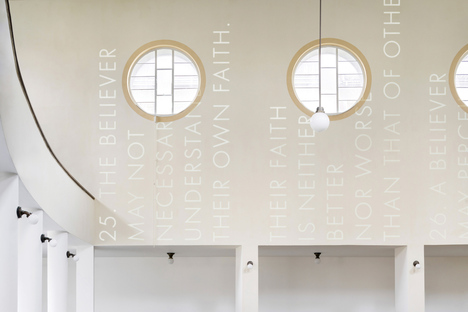 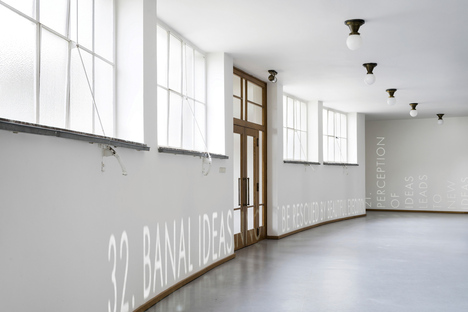 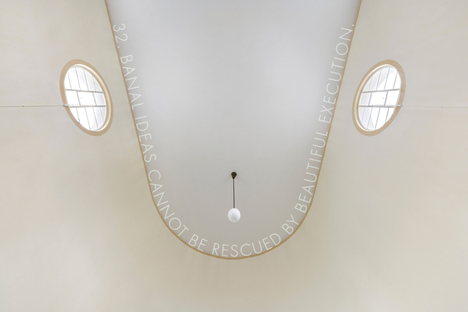 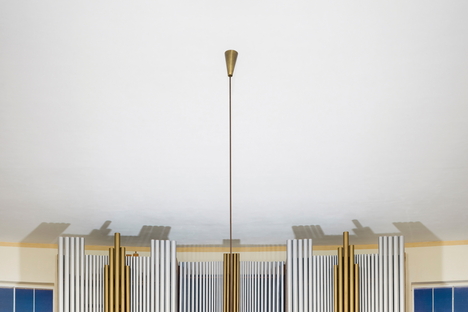 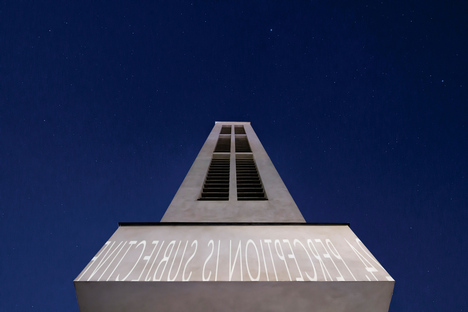 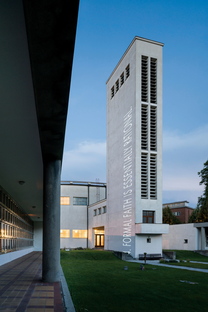 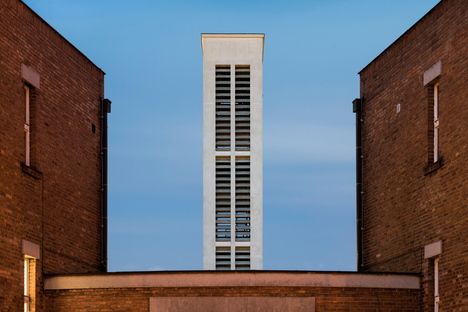