The Norwegian studio Reiulf Ramstad Arkitekter has developed a housing complex in Oslo, bringing together tradition and innovation by using a contemporary architectural language in a historically significant context. 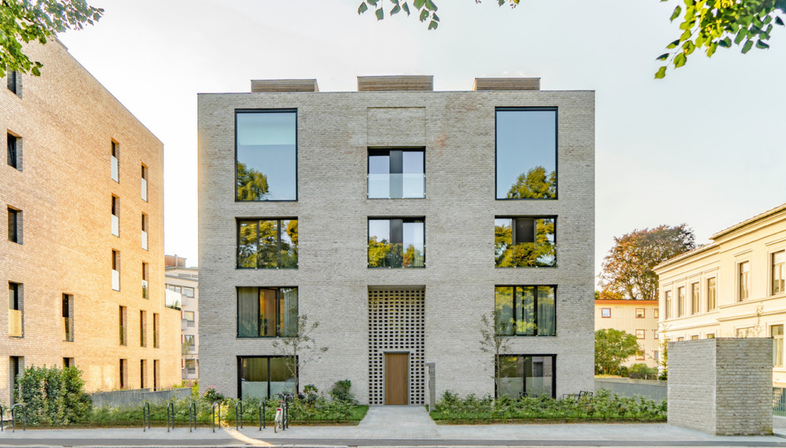 Pilestredet is a street that unites four Oslo city neighbourhoods - Fagerborg, Majorstuen, Norabakken and Stensparken. The area has been the recipient of an urban renewal process that began in 2000, when the Norwegian National Hospital (Rikshospitalet) was moved elsewhere, freeing up the site for a new urban park and plots for new housing projects.
Here, in a residential zone surrounded by 19th and 20th-century buildings stands the latest project by Reiulf Ramstad Arkitekter (RRA), known primarily for their iconic landmarks along Norway’s scenic road system – the National Tourist Routes – including the Trollstigen visitor centre. This project, called Pilestredet 77-79 consists of a complex of three buildings, each one with its own particular architecture but together being respectful of both the urban context and the environment.
The two lower buildings, Pilestredet 79a and 79b respectively have been designed in the form of townhouses, gradually retreating from the street front as they move along Pilestredet. This way, they created a transition to the city villas and their front gardens in the historical fabric of Fargerborg. These two new buildings have the same footprint, one with two and the other with four apartments per floor. The largest building - Pilestredet 77 - has instead been designed as an urban apartment block, and responds to the geometry of the street corner. This defines the end of the Fagerborg neighbourhood and marks the transition towards the site’s busier urban fabric, where it interacts with the more urban and dynamic identities of the Majorstuen, Norabakken and Stensparken districts. This building accommodates from six to eight units of different sizes and identities on each floor. This solution guarantees a more diversified community.
When selecting the material palette, Reiulf Ramstad Arkitekter opted to use hand-crafted bricks for the facade. This historical material can be assembled manually in a very sculptural way to define the project’s identity. The selected bricks have been hand-baked to obtain a specific structure and rough texture. The façades of the new buildings celebrate long-standing craft traditions, which at the same time play on layers with modern lines, and large, floor-to-ceiling windows. Inside, the cast-in-place concrete walls
create a modern but timeless expression alongside the warm oak material used for the floors and ceilings and wrapping up the staircase.
The common areas inside where residents can socialise are a highlight of the RRA project, which has underground parking and 59 residential units. The architects also included a neighbourhood café, also designed as a meeting place for both the residential complex and the local community. The rooftops add a green touch with real gardens, giving the tenants even more outdoor spaces.
Pilestredet 77-79 by RRA shows how site-specific design can help to build up and develop the location’s intrinsic identity. The result is a residential complex that respects the environment with high-quality architecture. 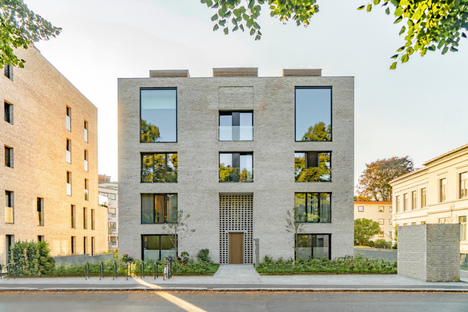 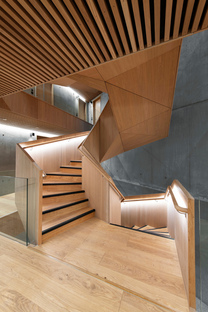 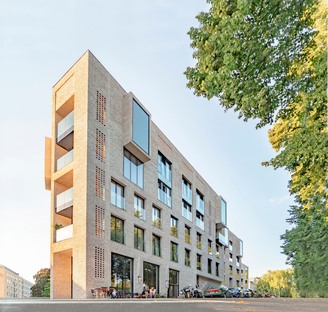 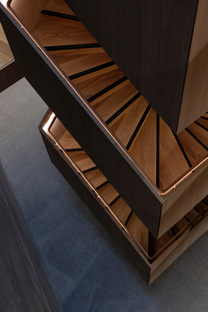 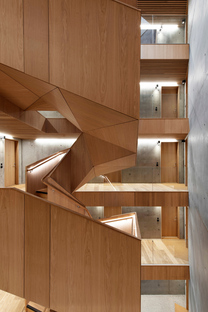 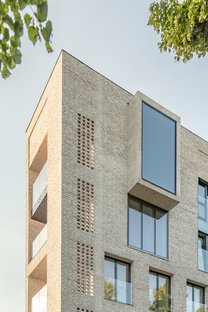 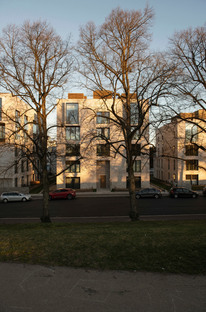 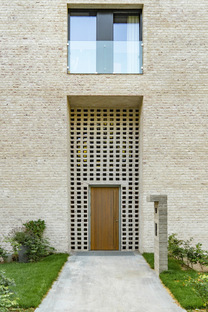 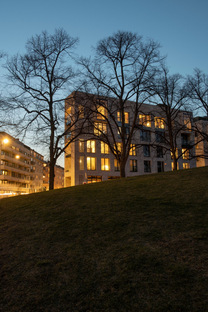 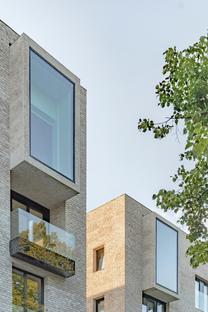 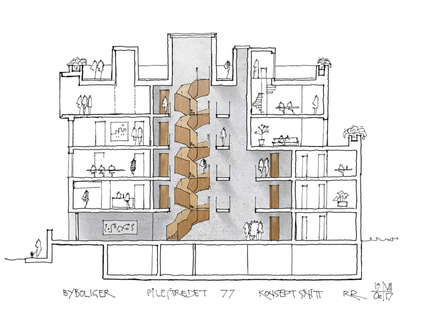 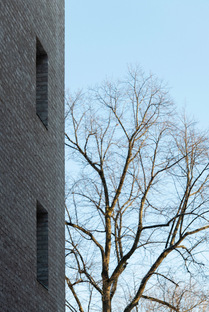