The Chinese ROOI Design and Research studio has designed recyclable multifunctional modules to create temporary settings. Between the Patch-City Pavilion and the Patch-City Café, these modules, conceived as "toy building blocks", allow for a free and flexible combination and can be recycled into furniture after use for the installation. 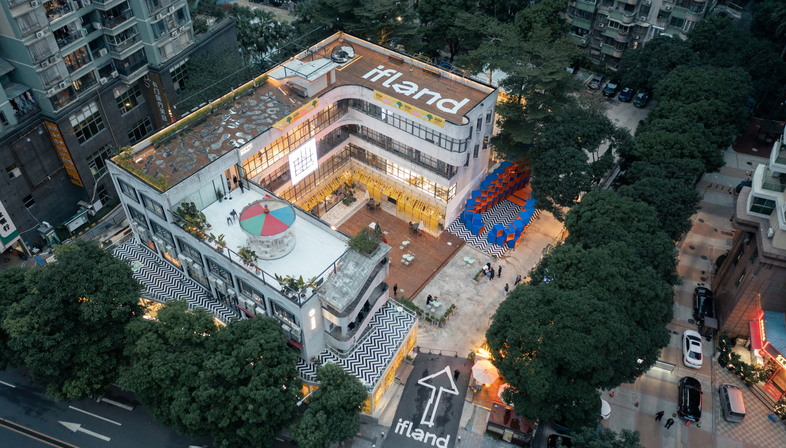 ROOI Design and Research, the architecture and interior design studio founded by Zuoqian Wang and his partners, Dan He and Jiaji Shen, has already made a name for itself with Pavilion S, a temporary structure for the Shanghai International Furniture Fair 2019. The aim of the project was to demonstrate that circular economy ideas can, indeed, be successfully implemented. With the construction materials of the temporary pavilion, 410 sets of tables and chairs were later made for a rural Chinese community.
This time around, the designers of the ROOI Design and Research studio were commissioned by the ifanr digital company for a project focused on the cultural renaissance of old buildings, namely an old abandoned school in the Guangzhou Tianhebei District. The client wants to transform the space into a cultural site, centring on the creation of a flexible and easily adaptable space. It can be a temporary place for local residents to carry out different activities and be used as a platform for different cultural exchanges.
ROOI Design and Research has proposed an intervention conceived not to cause damage to the original context, instead integrating new elements with the old ones to build a brand-new space, namely an enclosed courtyard, a protected place where people can converse and enjoy the natural scenery in the courtyard, but which also lends itself perfectly to organising and carrying out cultural activities such as markets, music festivals, talks shows and performances.
The concept of the Patch-City Pavilion was rooted in local characteristics: the growth of Guangzhou is, in fact, distinguished by the addition of new things to the old existing ones, thus accumulating an enormous collection of imagination and memories. As the architects explain: "Urban development seems to be a process of constant patching and improving. Based on this historical feature, the concept of Patch-City project is proposed. This artefact continues to extend with a process of evolution for old buildings. Patch-City Pavilion will also be gradually demolished and recycled in the future. It will become furniture in people's houses or be transformed into other objects in places where they are needed."
For their project, the ROOI Design and Research studio has opted for a playful approach, creating the modules as "toy building blocks". The Pavilion consists of 98 preformed glulam modules covered to be highly resistant to atmospheric agents and become the scenes for just as many stories. Easy to handle and light, they can be easily reassembled to create other sets or can be used as tables or chairs. The Patch-City Pavilion thus stimulates the creativity of users, who can adapt the old school space like many others, as they please, recovering places to facilitate sharing.
For the second proposal in the Patch-City series, the ROOI Design and Research studio has built the Patch-Cafe in an empty hall of a shopping mall in Guangzhou. With only a few workers to simply stack the modules and assemble them using nuts and bolts, a space has been adapted to a new intended use: what could be more sustainable than making the most of a pre-existing space, with a few simple gestures, adapting it to current needs? And if there is no longer a need for a café, new sets can be created or the modules can be used as furniture. 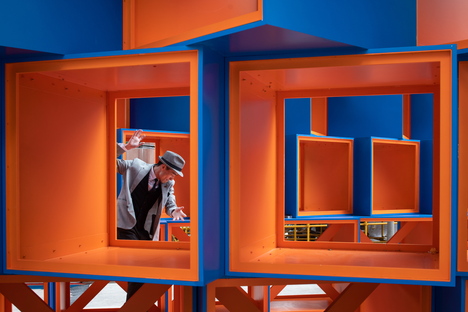 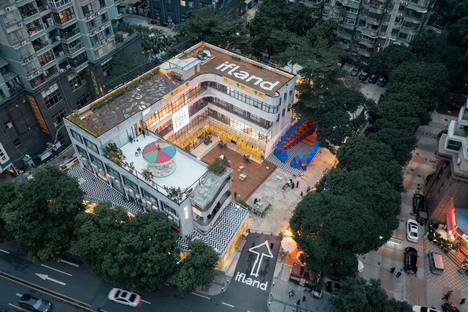 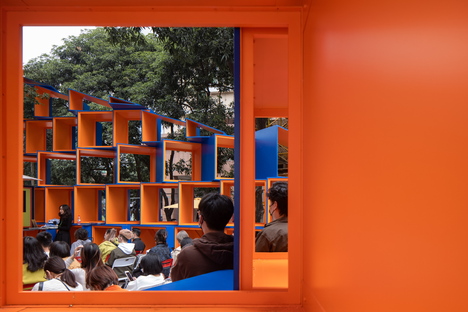 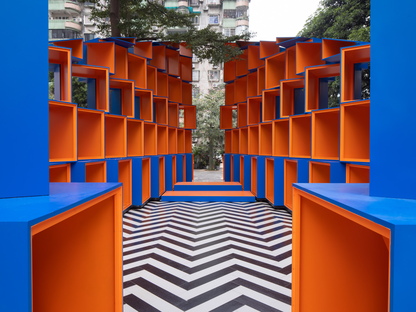 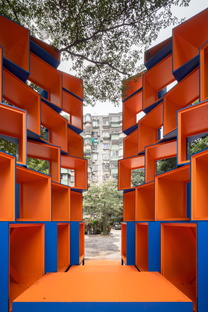 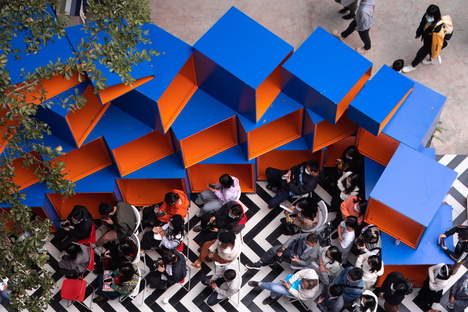 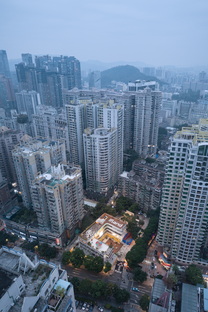 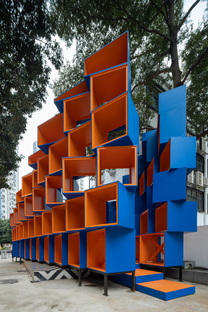 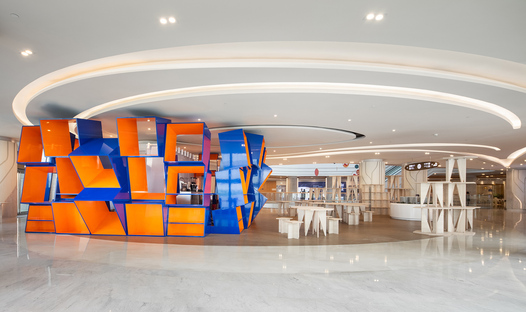 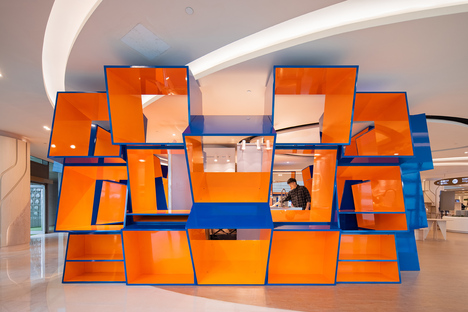 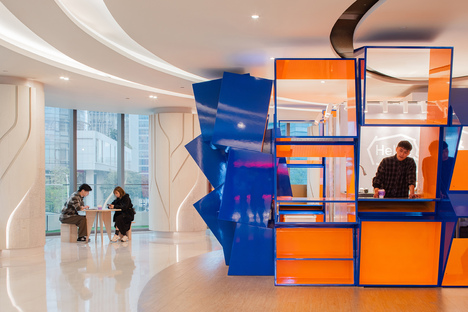 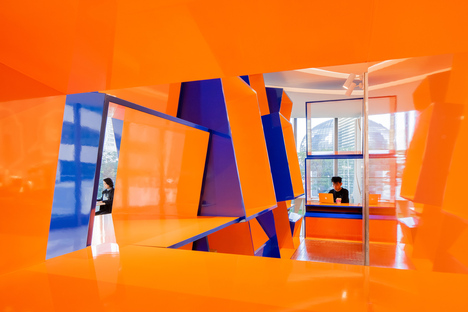 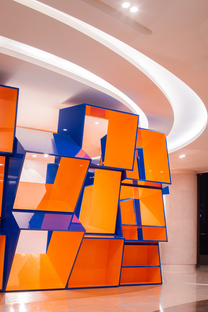