Atelier DYML has transformed a shopping centre built more than 15 years ago on the site of an old cement mill in Guangzhou, China into YUE City, a complex standing out with a new sense of identity that brings new value to its surroundings. 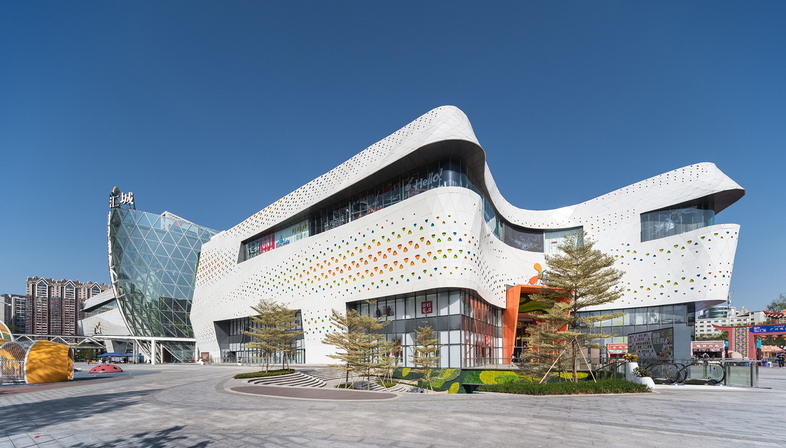 How to give a new look to an anonymous shopping centre in a location characterised by heavy traffic in the Chinese metropolis of Guangzhou? Located on the Pearl River northwest of Hong Kong, the city is home to plenty of examples of avant-garde architecture, including the Opera Theatre designed by Zaha Hadid; but the shopping centre to be redeveloped consisted of four identical square blocks where it was easy to get lost, in the absence of an architectural hierarchy.
The existing mall was built in 2006, on the site of a cement mill that had been an iconic landmark in the fast-growing community.
But the complex was no longer adequate for today’s requirements, and the architects of Chinese studio Atelier DYML were asked to make some changes. In view of the amount of time available, the budget and sustainability considerations, the architects decided to minimise structural changes, recycling most of the main features and maintaining the existing fire escape strategy.
This is how they came up with METAMORPHOSIS, a complete transformation marking the rebirth and revitalisation of the area. The intention is to transform the existing big boxes into a series of amusing and significant spaces, becoming an attractive shopping destination and an iconic landmark for the community.
The project began with renewal of the façade to make a stronger impression, using parametric design tools to drape, over the massive existing boxes, more than 30,000 white aluminium panels with 5 different coloured LED perforations. The lights form waves mimicking a butterfly’s wings; at night, the LEDs are programmed to light up with an impressive show that transforms and animates the streetscape.
The complex has a new gateway on its 200-metre western façade facing the urban plaza, a solution that opens the shopping centre up to the plaza and breathes new energy into the city. Two secondary entrances are designed as sunken plazas, not only adding value to the shops on the semi-underground floor with more daylight and visibility from street level, but providing interactive spaces where users can stop and enjoy a break in the fresh air in summer.
Inside, Atelier DWL uses light, warm oak wood and white as the basic colour scheme, offering a variety of theme areas demonstrating consideration for human scale and comfort, even in the carefully designed restrooms. After 600 days of work on the transformation, YUE City was unveiled to the public in September 2020 as the biggest shopping centre in the western district and the second largest overall in the city of Guangzhou, with 280 thousand square metres, turning a new page in urban revival. All beginning with the existing structure, demonstrating that choosing sustainability need not mean compromising on the desired impact. 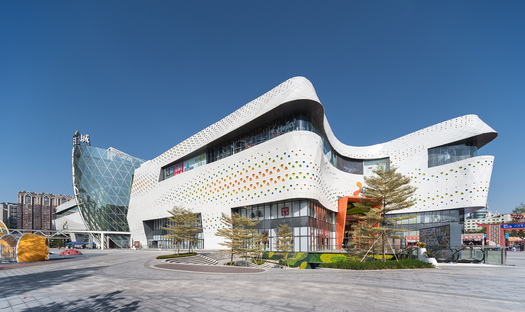 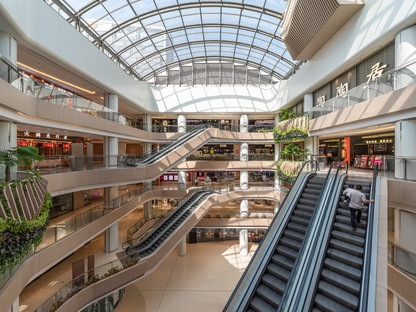 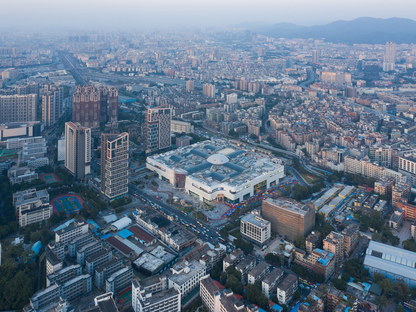 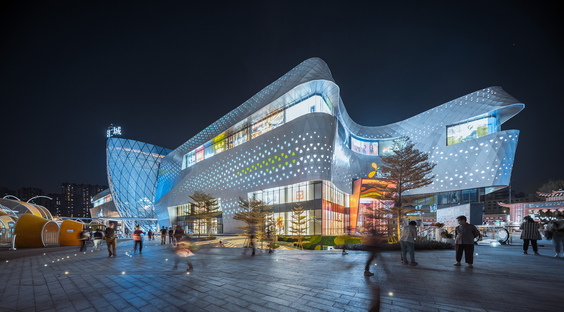 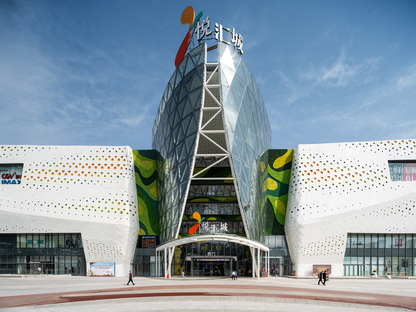 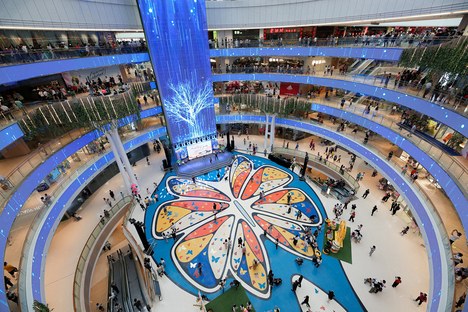 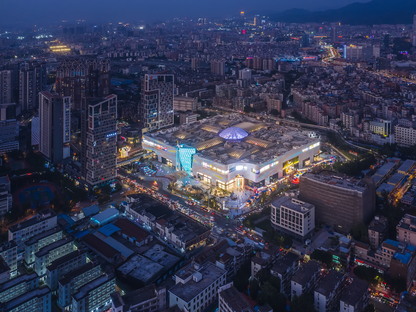 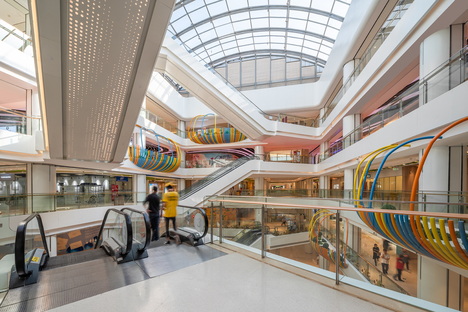 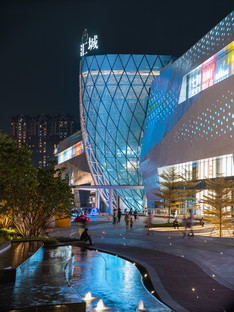 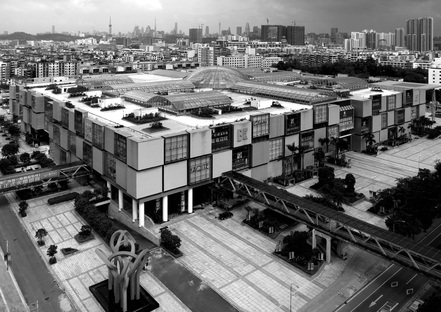