What to do with an old shopping centre from the ’70s such as La Part-Dieu, right in the centre of Lyon, France? - Call Dutch studio MVRRDV and ask them to transform it in a way that not only sustainably reuses a lot of the materials from the existing building, but reorganises and expands its internal programmes, making an urban dinosaur into an attractive location for the citizenry and revitalising its surroundings. 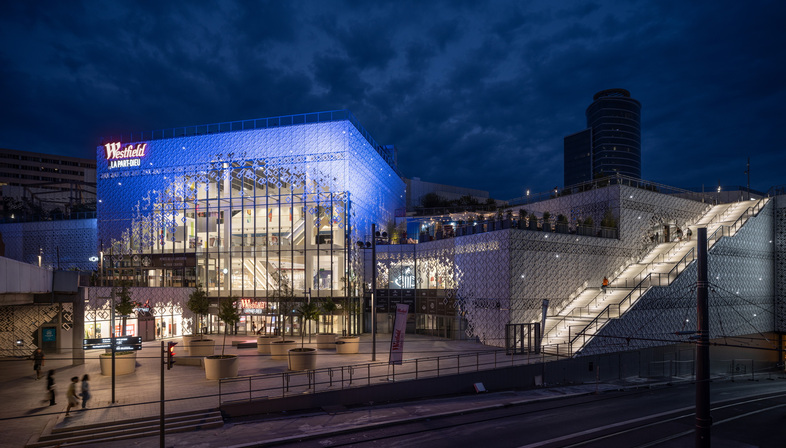 How many times have we read about obsolete shopping malls? They are often big constructions with a major impact on commerce, employment and traffic in their urban surroundings. We are currently undergoing a time of change – not only climate change, but changes in our way of life: while everyone used to take the car to do their shopping, in today’s era of the 15-minute city, the model of urban planning made famous by Paris mayor Anne Hidalgo, we need to rethink our cities from the centre out.
In this context, transformation of one of Europe’s biggest urban shopping centres, La Part-Dieu in Lyon, by Dutch architectural studio MVRDV offers an outstanding example of how an immense, introverted building entirely devoid of connections with its surroundings, designed at a time when cars ruled urban planning, „begins a new chapter as a vibrant city centre attraction“, as we may read in the studio’s note for the press.
The transformation replaces the old parking lot and reorganises the spaces in the building to rationalise circulation, while new extensions add another 32,000 square metres of leasable space to the existing 130,000 square metres, an area equivalent to about 12 city blocks. A very interesting addition is the big rooftop park connected with the city via grand staircases next to the shopping centre’s main entrances, leading to a rooftop garden on multiple levels that connects three sides of the building and provides citizens with a new green plaza. In addition to the green space, there are restaurants and cafés, comfortable seating and play areas for children; the roof and terraces connect various parts of the city that were previously detached, including Part-Dieu railway station, so that people can walk through or over the building to cross the vast site via a number of different routes. The shopping centre becomes a sort of public plateau, a vantage point that helps people orient themselves in the city.
Winy Maas, co-founder of the studio, represented by the letter M in MVRDV, explains the reason for the transformation: “When we can shop online from the comfort of our sofas, a shopping centre – especially one in the middle of the city – needs to offer a complete experience, with shopping complemented by a variety of leisure activities.“
One of the crucial aspects of the transformation, in which the existing constructions were maintained wherever possible in order to minimise the project’s carbon footprint, was changes to the façade of the shopping centre to define its visual identity. The concrete panels of its characteristic original façade were preserved and reused in line with the principles of the circular economy, maintaining the model of interlocking rectangles. These concrete panels, originally a dull beige, are now sparkling white, and have also been replicated on the extensions, where, however, they are replaced by big windows next to the entrances and at other key points. This change emphasises the building’s openness to the city, underlining the potential this old „dinosaur“ from the `70s still has even though half a century has gone by since it was built.
MVRDV’s transformation of Lyon Part-Dieu shows how urban mistakes of previous eras can be sustainably integrated into today’s cities, avoiding the large quantities of carbon emissions that would be produced by rebuilding on such sites. 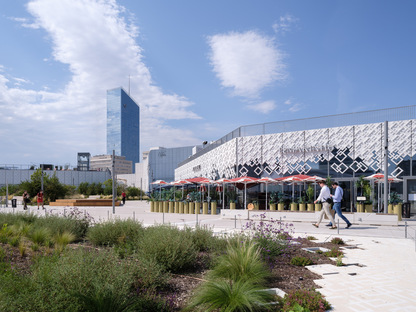 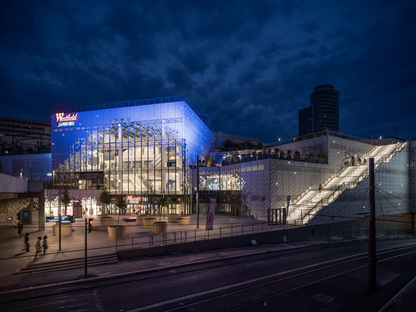 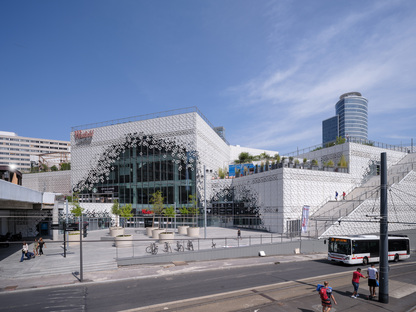 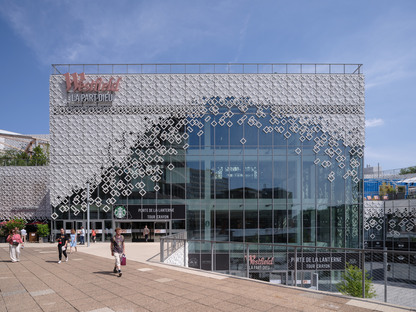 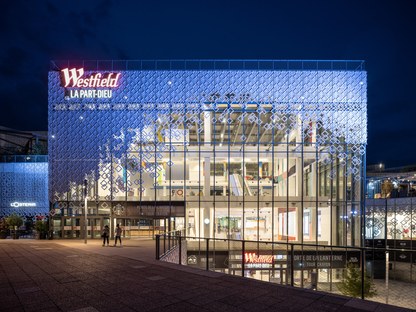 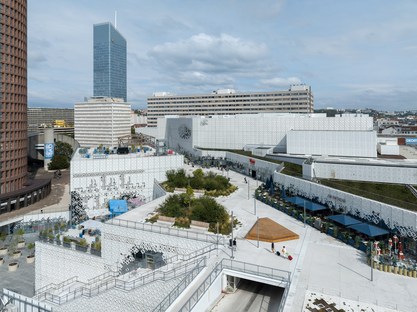 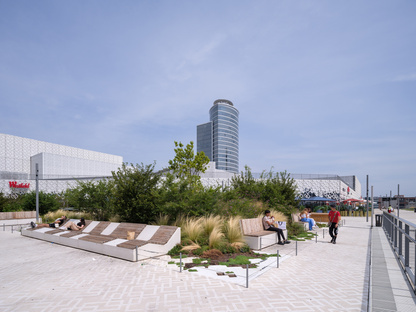 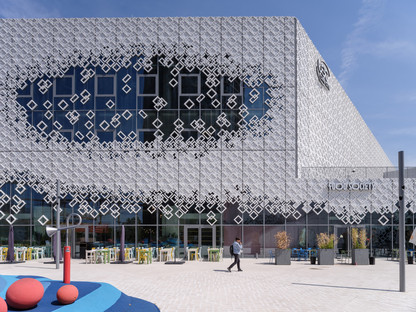 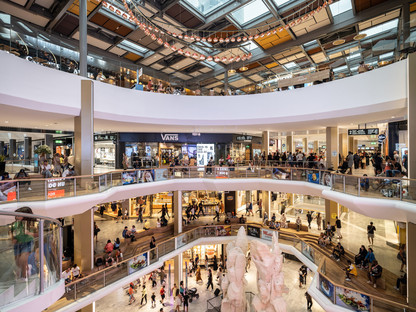