Berlin’s new Brandenburg Airport (BER) was built to the designs of renowned German architecture firm gmp. At the time coined “Europe’s most modern airport”, it opened on 31 October 2020 with a delay of almost ten years. 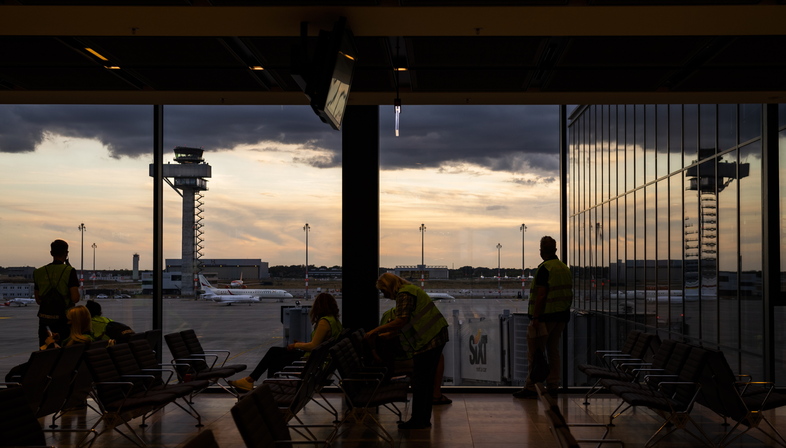 Over the last decade and more, a lot has been written and read about Berlin’s new airport to the point where it has turned into a kind of running gag, and not just in Germany. Still, in the end, after a delay of almost 10 years, BER (its IATA airport code) has finally opened and replaces the old Tegel airport with its functional hexagonal shape, and named after the legendary German pioneer of aviation, Otto Lilienthal. On the other hand, Schönefeld (SFX) airport has been integrated into the new facility as Terminal 5.
The architecture firm gmp won the design competition way back in 1998, and the airport on the outskirts of Berlin was ready in 2012. However, it could not commence operations for a myriad of reasons, most of which were technical and concerned the equipment.
The new Berlin Brandeburg airport consists of the passenger terminal and Airport City in the centre of the parallel take-off and landing runway system. The facility also includes maintenance areas to the west and service and cargo areas to the east.
All elements are arranged within the axial layout of the whole complex and form an architectural and functional unit. The roof of Terminal 1 becomes the unifying and iconic feature of the project. It spans about 50,000 square metres and cantilevers out over the glass facades, providing a canopy over the drop-off area. It is supported by nearly 30 m-high steel piers spaced at 43.75 m, which widen out towards the centre and taper off at the top and bottom, in line with the laws of statics. The roof has glazed strips that converge at the piers, to flood the interior with daylight, and the entire scheme has been developed on a basic horizontal grid of 6.25 metres.
As the architects explain, “The objective of the design is to maximize the convergence of structure, spatial relationships, function and architectural identity.” The interesting thing about this facility is that it is not a new landmark, like, for example, the third airport in Beijing designed by Zaha Hadid Architects. Then again, especially in light of the pandemic that has completely and utterly disrupted our habits and significantly reduced air travel, who knows, maybe in the future, it will be more important to enter an airport that operates well than an airport that stands out for its architecture.
The Berlin Brandenburg Airport was named after the German politician Willy Brandt and greets passengers with a quote that rings as true now as it did when he first uttered the words: “If I were to say what is, next to peace, more important to me than anything else, then without qualification my answer would be: freedom.” Words that stem both from his experience of Nazism and from the Cold War between East and West, particularly when the Soviet Union blocked the Western Allies’ access to the sectors of Berlin under Western control from 24 June 1948 to 12 May 1949 and they responded by organizing the Berlin Airlift to carry supplies to the people of West Berlin. The word freedom, as Willy Brandt intended it, also means freedom of movement, the possibility of unrestricted travel. We hope it won’t be long before we can experience the new airport of the German capital in person. 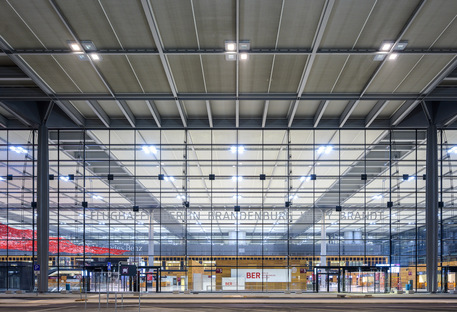 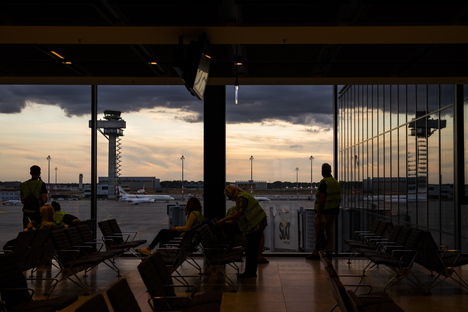 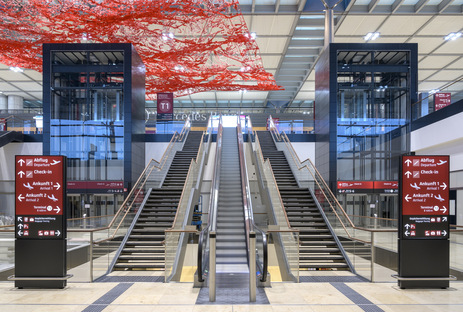 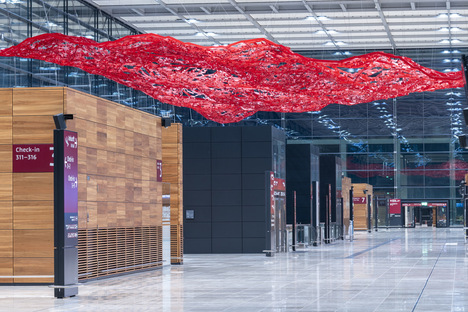 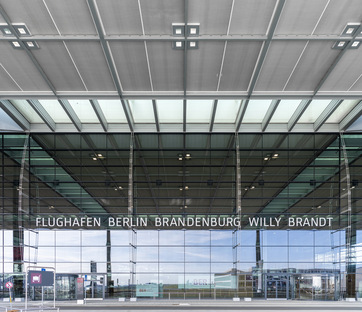 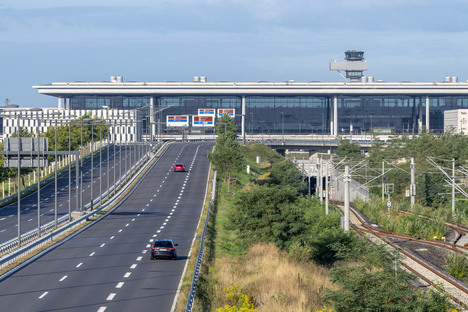 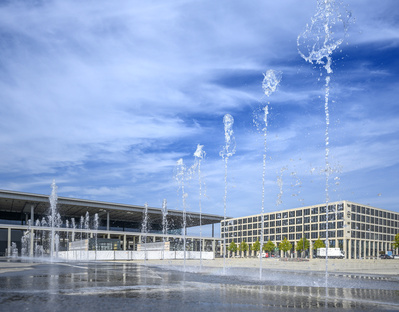 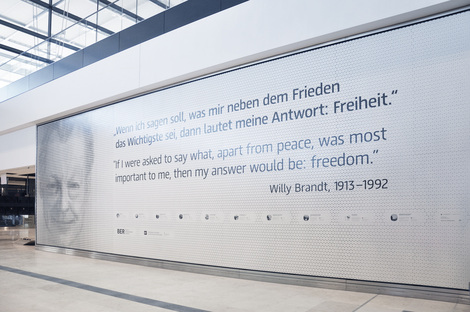