The UCCA Dune Art Museum in the sand dunes of Qinhuangdao on the Bohai sea, designed by the Chinese firm OPEN Architecture, stands out because it is such a part of nature, almost disappearing under the sand. 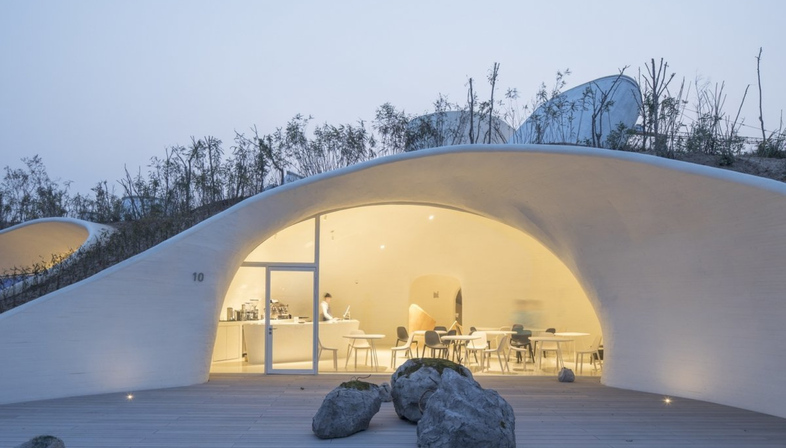 The UCCA Dune Art Museum in the sand dunes of Qinhuangdao on the Bohai sea, designed by the Chinese firm OPEN Architecture, stands out because it is such a part of nature, almost disappearing under the sand. Its organically shaped spaces underscore this aspect of the museum which just won a 2019 AZ Award.


UCCA Dune Art Museum designed by OPEN Architecture, commissioned by Aranya and operated by the Ullens Center for Contemporary Art, China’s leading independent contemporary art institution, is a significant new destination in the Chinese art world The project by Li Hu and Huang Wenjing of OPEN Architecture is a return to primal and timeless forms of space, sitting in spectacular environmental context - the sand dunes of Qinhuangdao, a beach in northern China.
The decision to construct this almost 1000-square-metre area museum under the dune instead of on top of it was born from the deep respect of the architects for nature and from their desire to protect the vulnerable ecosystem of the dunes, formed by nature in the course of thousands of years. Because of the museum, the surrounding sand dunes will be preserved instead of levelled to make room for ocean-view real estate developments, which is what has happened to many other dunes along the shore.  In fact, this area is a real tourist attraction, not far from Beidaihe, the summer retreat of the leaders of China’s Communist Party.
The respect that the architects from OPEN have for nature is not only manifested in the building’s unique relationship with the environment, it is also demonstrated by the sustainable design solutions. Openings throughout the building, each with a different orientation and size, frame the changing expressions of the sea and sky throughout the day, and also provide natural lighting for the museum’s spaces at all times of the year. A sand-covered roof greatly reduces the building’s summer heat load, and a low-energy, zero-emission ground source heat pump system replaces traditional air-conditioning.
Even the methods used to construct the building with its organically shaped spaces echo those of caves, referring to habitation, testify to the great attention of the designers to history and local traditions. The complex three-dimensional geometry of the building’s concrete shell was shaped by hand by local workers in Qinhuangdao (some of whom were former shipbuilders), using formwork made from small linear strips of wood and other materials. The architects deliberately retained the irregular and imperfect texture left by the formwork, allowing traces of the building’s manual construction to be felt and seen.
The UCCA Dune Art Museum in Qinhuangdao, whose impressive spatial scheme includes ten galleries, a reception area, a roof terrace and a café, has just received a new award. Following the Iconic Awards Best of Best from the German Design Council in 2017 for its concept design, and the nomination for Archdaily Building of the Year 2019, it can now add “Best in Buildings Under 1.000 Square Metres” of the 2019 AZ Awards to the list. 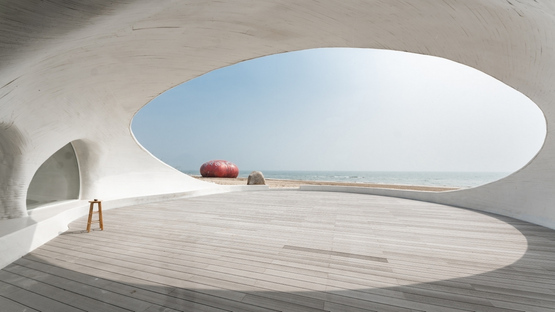 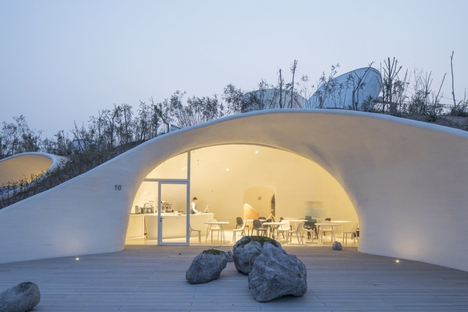 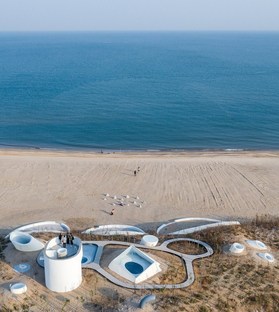 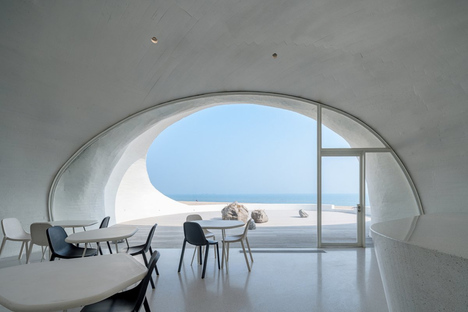 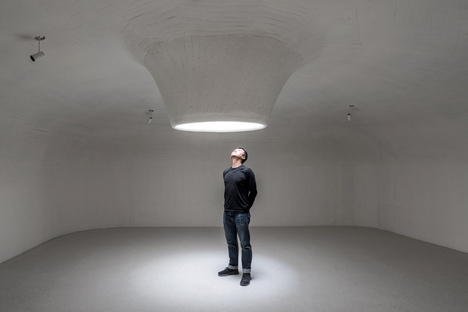 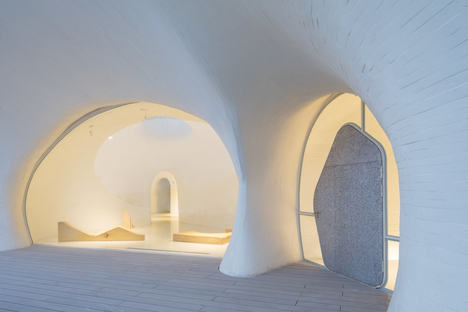 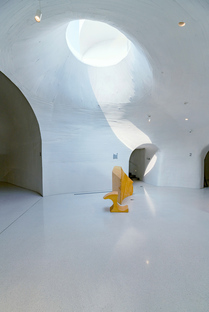 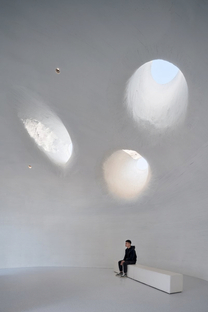 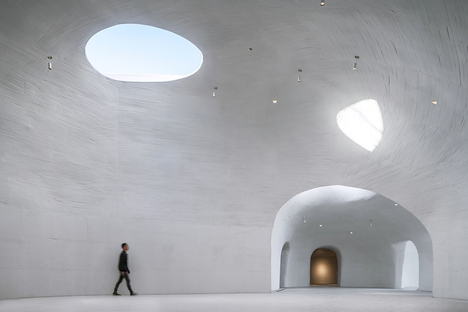 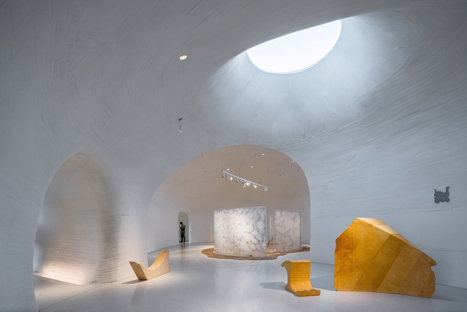 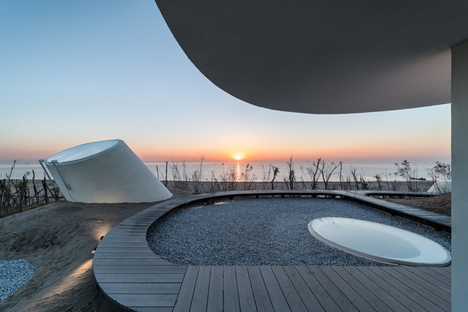 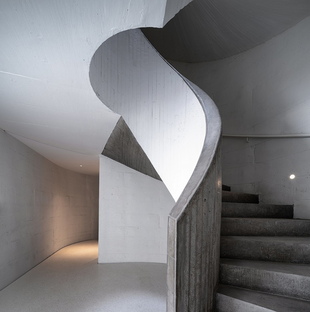