There’s a lot of talk about recovery of old industrial areas, conversion and other kinds of work permitting reuse of such spaces, often in parts of the city which have now become central, and are therefore of interest to developers and conveniently accessible with existing infrastructures.

But there are other spaces which have been or are being abandoned due to the end of the cold war and other major political upheavals of our times: military bases.

Unlike old industrial sites, military bases do not require clean-up but simply overall re-designing, sustainably if possible, to allow citizens to make use of them. Many of these areas have never been open to the public before, and become new lands for architects and citizens to explore.

This potential is one of the focuses of the competition entitled “2011 Open Architecture Challenge: [UN]RESTRICTED ACCESS”. The theme of the competition is transformation of military spaces into civic spaces.The idea is to identify abandoned military areas close to the candidate’s home (or elsewhere) and redesign the spaces as public, economic and environmental assets, bringing them out of limbo. These are issues of interest to governments, as demonstrated by a 20,000 dollar donation by the National Endowment for the Arts in support of the initiative.

Registration is open until March; readers are referred to the competition website for details. 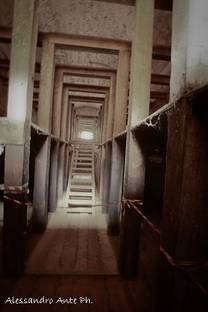