The exhibition entitled "Olivetti e l'arte: Jean Michel Folon", on at the P. A. Garda Civic Museum in Ivrea is part of a multi-year programme of initiatives organised by the Museum and the Associazione Archivio Storico Olivetti, providing a great opportunity to visit Ivrea, the Industrial City of the 20th century and the 54th UNESCO World Heritage Site in Italy, combining art and architecture. 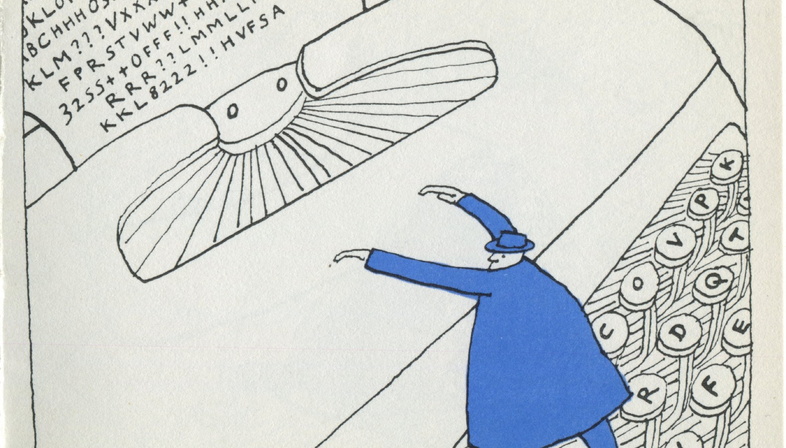 Floornature has long had its eye on Ivrea, Adriano Olivetti's city and a laboratory of architecture of the 1900s. Indeed, we followed the Piedmontese city's path to its candidacy as "Ivrea, Industrial City of the 20th century" as a UNESCO World Heritage site, thanks to the images captured by photographer Gianluca Giordano, which accompanied the official dossier. Ivrea officially gained the prestigious title in 2018 and since then, many things have been making strides in the small Canavese town. The various investments to recover some of the architectural works of the great masters of the last century, invited by Olivetti to create his ideal city, also include cultural initiatives aimed at citizens.
Among these, a multi-year programme of initiatives curated by the Civic Museum of the City of Ivrea and the Associazione Archivio Storico Olivetti, aimed at making available to the general public the works of art of the Olivetti collection, today owned by the Italian telecommunications company TIM, in close rapport with the historical documentation that reconstructs the acquisition processes. A cultural heritage of documents, films and photographs, which the Olivetti company has commissioned and purchased over the years, recognising the value of culture as a factor in the growth of society, from the factory to the territory.
Following the success of the first of the 6 exhibitions planned, this second exhibition, entitled "Olivetti e l'arte: Jean Michel Folon", focuses on the experience of Belgian artist Jean Michel Folon (1934-2005). The exhibition traces nearly thirty years of the artist's collaboration with Olivetti, following a meeting that took place thanks to Giorgio Soavi, art director within the Olivetti company's Advertising and Press Department directed by Renzo Zorzi.
Jean Michel Folon, in fact, illustrated the first desk diary for Olivetti in 1969, two strenna books in the 1970s, as well as a calendar, expressing himself in the fields of graphics, communication and design, creating posters, gift objects, gadgets, commercials, films and advertising campaigns. This fruitful partnership is exhibited at the Pier Alessandro Garda Civic Museum in the historic centre of Ivrea, within walking distance from Via Jervis, artery around which the most famous buildings of the Olivetti period are located.
The exhibition is organised in six sections: the first traces Jean Michel Folon's collaboration with Olivetti from the beginning of the 60s to the 70s, starting from the correspondence with Giorgio Soavi for the creation of a number of posters. The second is dedicated to the illustrated book "Le Message", published in 1967.  The third section focuses on the diary illustrated by Jean Michel Folon for Olivetti in 1969. The fourth section is dedicated to the large installation in the London Underground, at Waterloo station, in 1975. The monographic exhibitions that Olivetti organised on Jean Michel Folon are narrated in the fifth section. Finally, the sixth section presents two famous strenna books illustrated by Jean Michel Folon: "The Metamorphosis" by Franz Kafka and "The Martian Chronicles" by Ray Bradbury. Jean Michel Folon's illustrations mediate the content of the books in an perfectly poetic way, attracting interest and likely readers.
The "Olivetti e l'arte: Jean Michel Folon" exhibition allows visitors to get an intimate, behind the scenes look at the development of some of the illustrations, but also at the correspondence between Giorgio Soavi and Jean Michel Folon, a story of esteem and friendship. The exhibition stands out for its accessibility and the apparent ease with which it opens up to the eyes of visitors, also thanks to a co-intuitive setup aspired by the Councillor for Culture Costanza Casali, which goes beyond the classic paintings hanging on the wall. Three-dimensional elements created based on Jean Michel Folon's originals animate the various exhibition spaces. The small auditorium fitted with cinema armchairs from the 1960s also adds a brilliant touch. Here, among other materials, visitors can enjoy screenings of the short film "Le Message di Folon", made in 1969 for Olivetti.
The exhibition will be accompanied by a catalogue published by Umberto Allemandi. 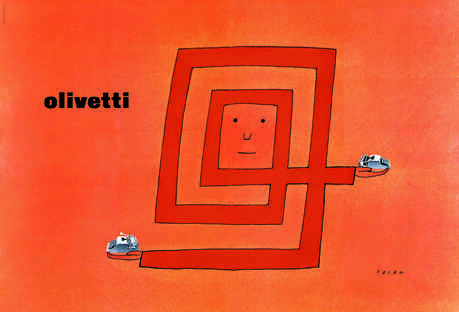 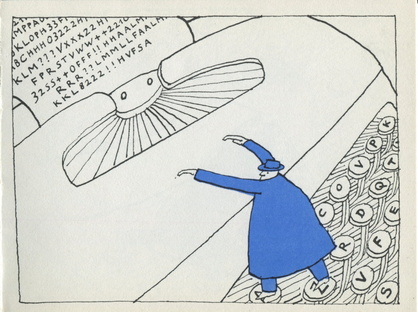 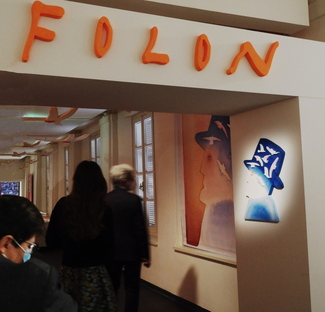 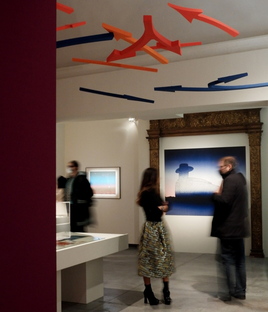 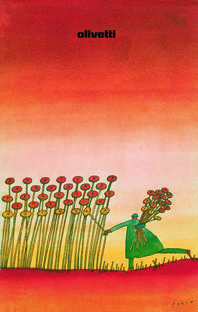 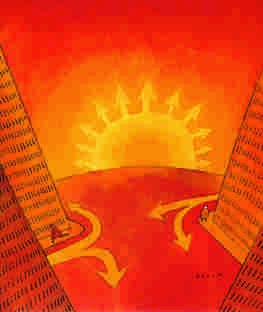