The Observatory by Simon Hjermind Jensen

Danish architect Simon Hjermind Jensen has created an oval structure in the museum's park for the Munkeruphus Art Museum in the northern part of Zealand, Denmark. The Observatory is an open structure for everyone to use, with room inside for social events and activities. 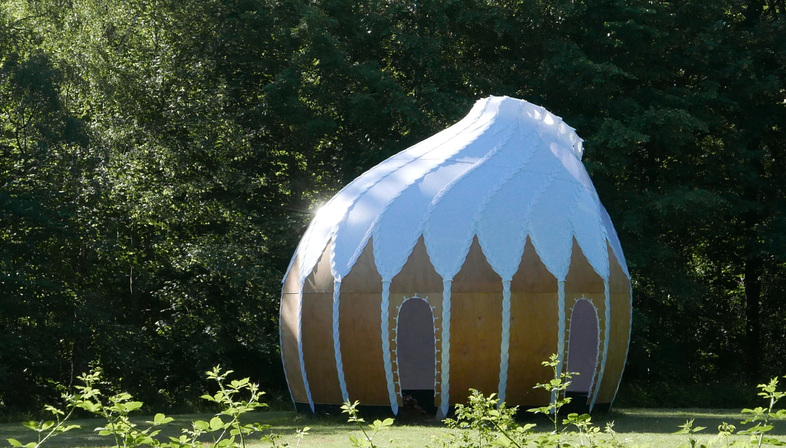 Munkeruphus, literally “Munkerup House”, is an old country house located in Munkerup, now part of Dronningmølle-Hornbæk, on the northern coast of Zealand, Denmark. Inspired by the Arts and Crafts Movement and the architecture of the American Colonial Revival, the structure erected in 1916 is a rare example of American influence in Danish architecture. The building now serves as an exhibition space and is located on a 16-hectare lot consisting of parkland with lawns, winding paths and many centuries-old trees.
This is the setting for The Observatory, a work commissioned by the museum from Danish architect Simon Hjermind Jensen, known to our readers for his sustainable and eclectic creations, often with organic forms (links).
This is an architectural project for the parkland, an open structure for everyone to use, with room inside for social events and activities. The project is called “The Observatory” to reflect the project’s awareness of place and different situations.
Before designing the artwork, Hjermind Jensen first spent 24 hours on the site to get a feel for the spirit of the place, the genius loci. During his stay, he created a ceramic model of the project and selected a site for it. This model and the chosen site, together with his observations of the sun and the moon became the base for the project.
Here, like other Hjermind Jensen architectural projects, he uses a distinct construction technique inspired by the craft of tailors. Like them, he joins two-dimensional pieces into three-dimensional objects. And pattern-making is just as essential for him as it is for the tailor. So when was back in his studio, he continued the work with ceramic models based on the model he made during his stay on the site. After 3D scanning the model, he recreated the pattern with parametrical vector lines that he then used to fabricate flat shells made of plywood and polycarbonate developed with CNC technology. These shells were folded in place and attached to each other with special joints, inspired by the shapes of the leaves.
The inside of The Observatory has an organic and asymmetrical appearance, is filled with light through an opening at the top and has remarkable acoustics.  A wooden bench runs along the walls and can seat 25 people. A concrete podium has been shaped in the centre of the floor. This podium can be used as a stage for shows or for a bonfire because the smoke is drawn up and out through the oculus in the structure. This oculus is tilted towards the south where the sun passes every day, and where the full moon peaks.  This solution assures constant shifts in the intervention. As everything changes from day to night, so too does The Observatory, especially when a bonfire is lit after nightfall: the spatial experience inside evolves with the light from the ground, and from the outside, the upper section glows with a reddish-pink colour created by the light of the flames.
The Observatory by Simon Hjermind Jensen is very strong and stable. This is due to the curves between the shells, a construction technique that also minimises the use of materials. This made it possible to build The Observatory 5.7 m tall with only 4-9 mm thick walls. A must if you’re passing through the area! 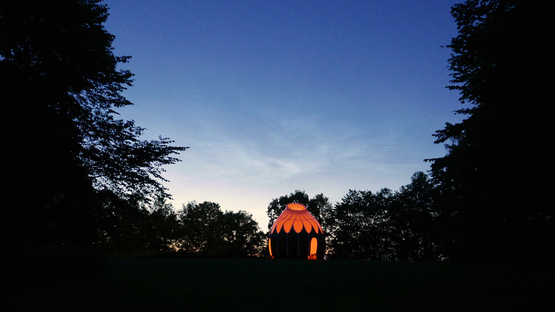 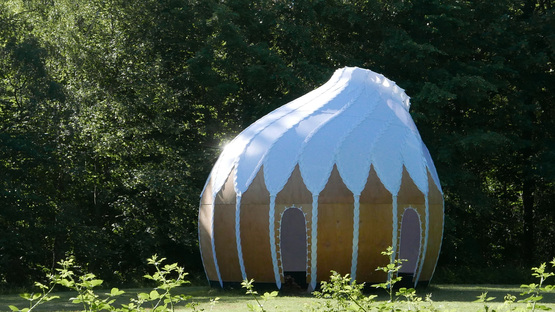 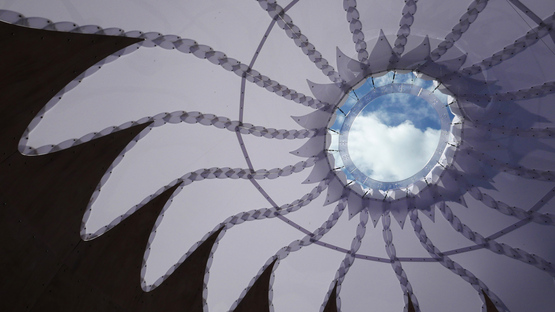 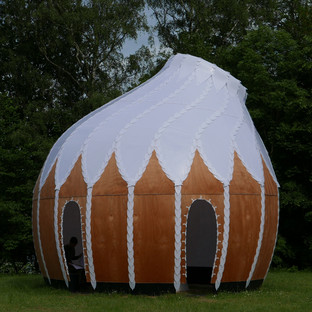 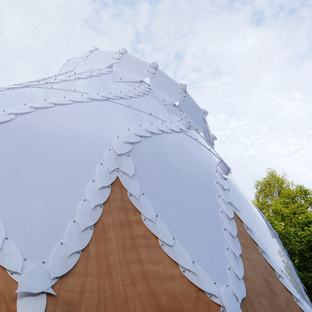 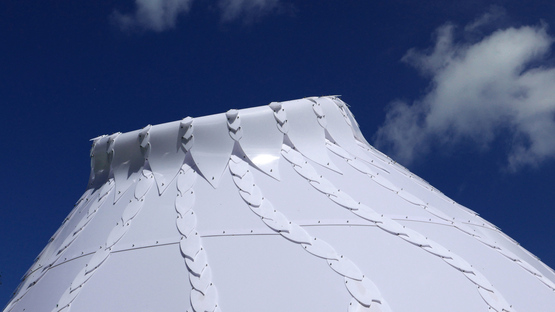 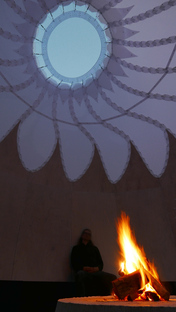 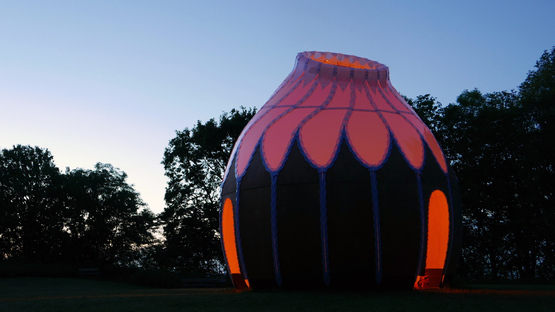 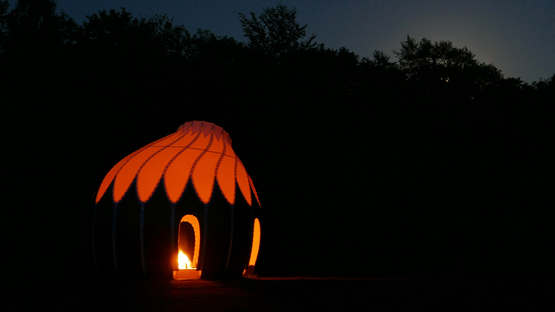