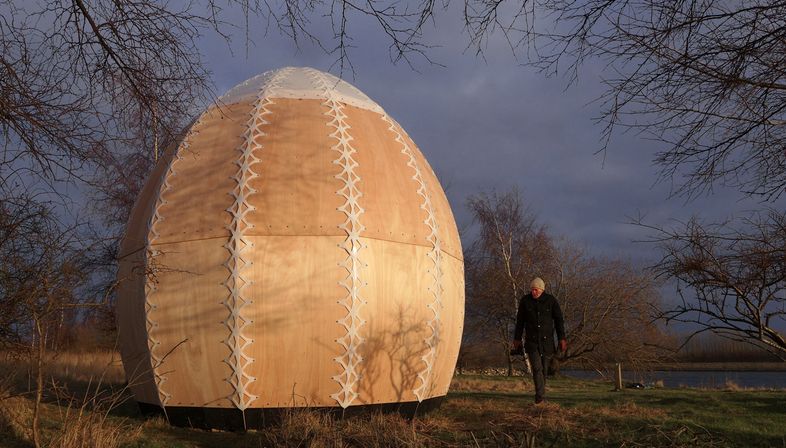 A temporary building so people can take full advantage of a site created on an old dumping ground from last century. Near Copenhagen, Simon Hjermind Jensen constructed his “Fire Shelter”: this self-built and self-financed project is both an experiment in design and a gift to the community. 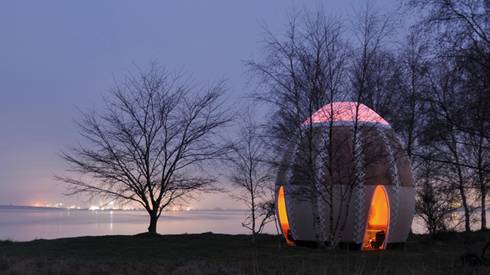 Danish architect, Simon Hjermind Jensen, founder of the firm SHJWORKS drew inspiration from the shapes and silhouettes of nomads in designing and building this temporary hut in Sydhavnstippen, Copenhagen: a former seabed that was wrested from the sea more than half a century ago when it became the dumping ground for landfill, which is now the habitat for a wide variety of fauna and flora. 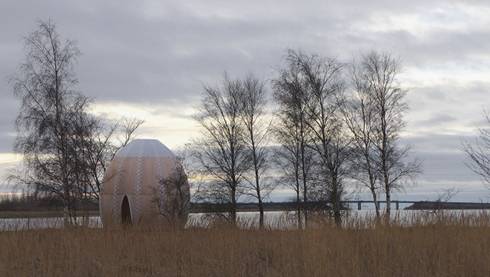 This personal project is made from CNC-cut polycarbonate and plywood. 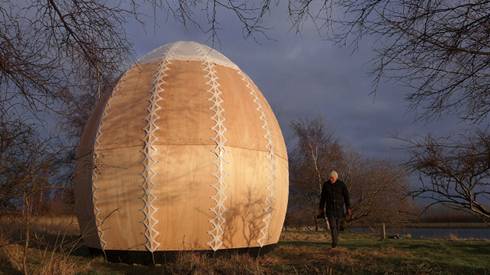 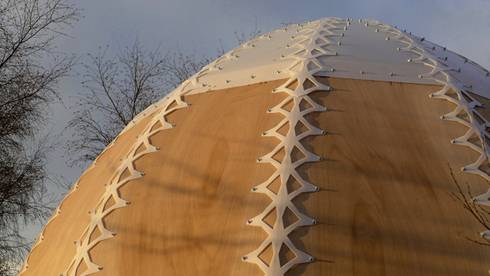 The fire shelter stands at 4.7 metres high and the diameter around the bottom is 3.8 metres; the structure is 2-9 mm thick flexible plywood, joined together by bolts and strips of polycarbonate. 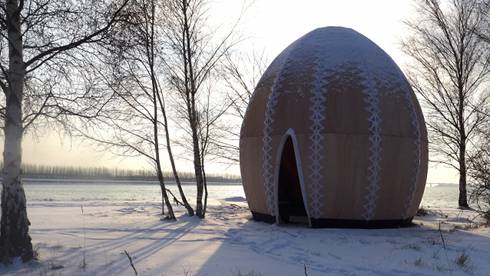 A fireplace has been built inside this modern teepee, surrounded by a bench filled with materials found on the site, so the shelter has enough ballast to keep it secured to the ground, without the need to dig foundations. 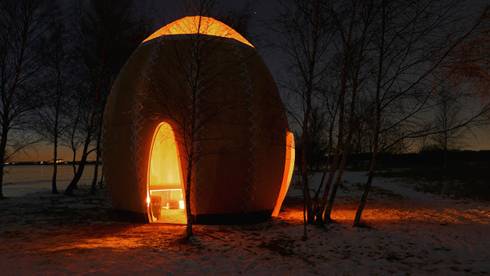 The transparent polycarbonate roof of this egg-shaped hut allows light to penetrate during the day, then after dark it glows with light from the blazing fire. 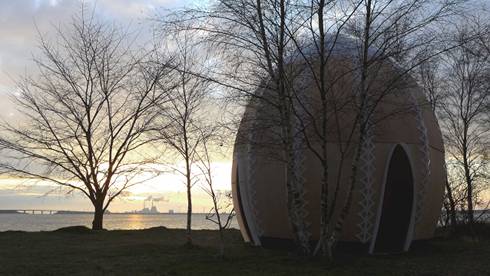 The project was built without official permits and its designer estimates – and hopes – that it can stand up to the onslaught of bureaucracy and weather for at least a year. Spontaneous, aesthetically very attractive architecture in an anonymous place like Sydhavnstippen. 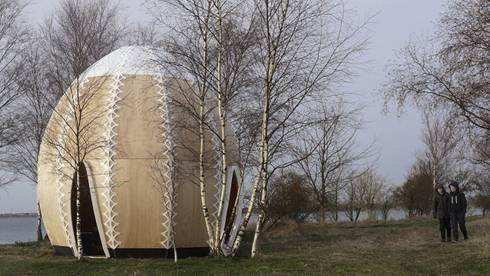 Now a natural site created on top of the city’s garbage has its own landmark. 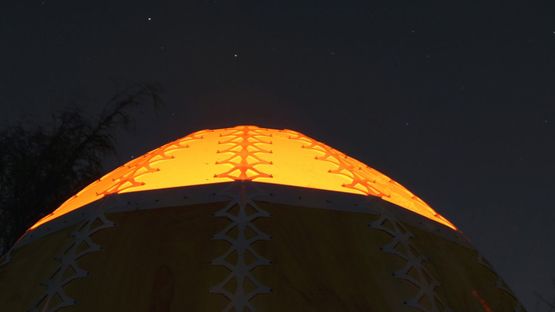 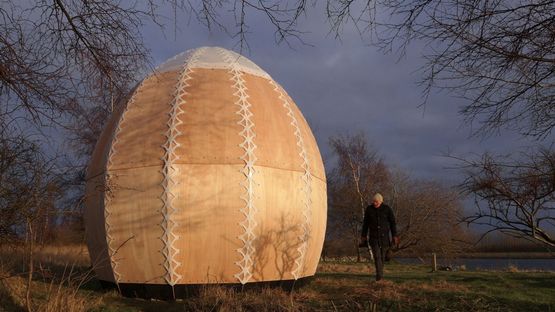 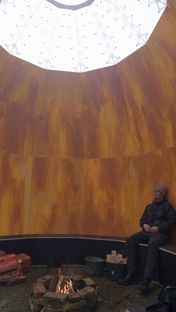 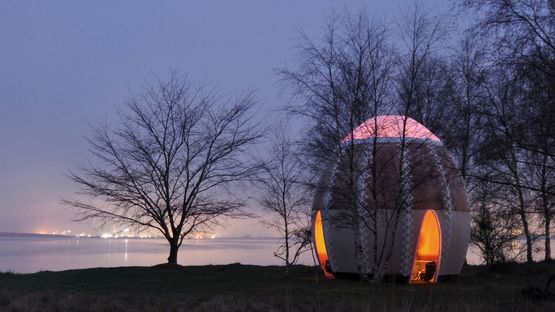 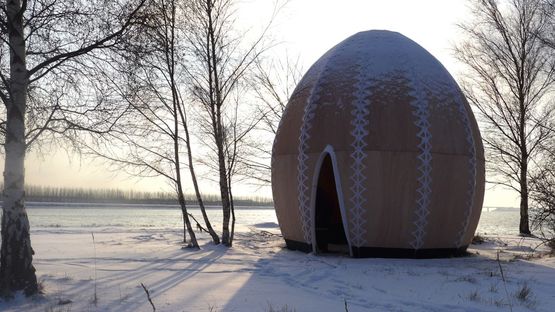 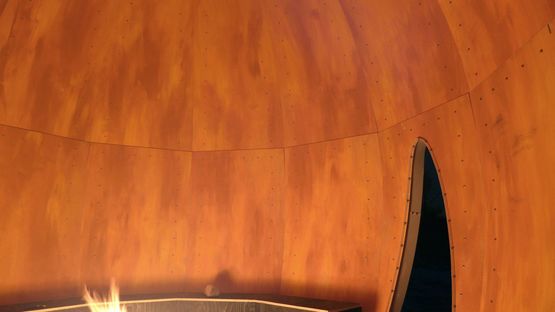 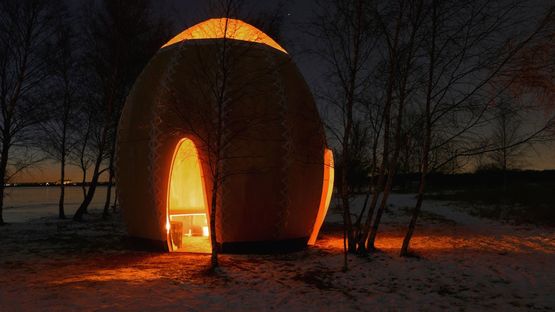 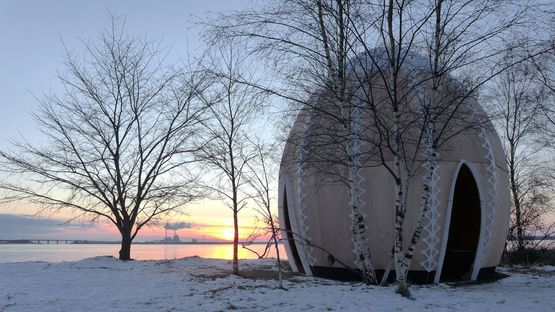 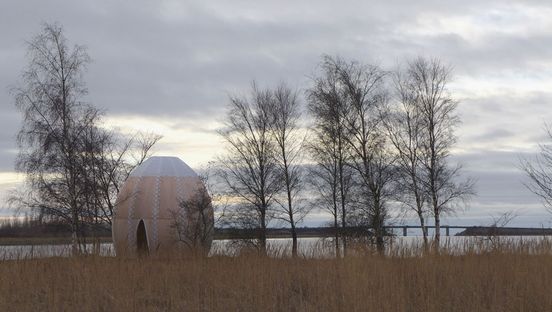