The Spanish art collective Boa Mistura has completed a street artwork in Guadalajara, Mexico, where local traditions merge with the desire to redeem a deprived neighbourhood and give it back a revamped public square. 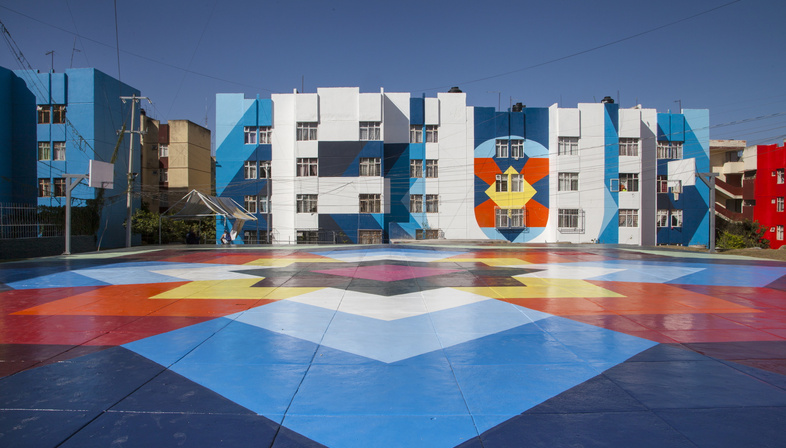 The Spanish art collective Boa Mistura has completed a street artwork in Guadalajara, Mexico, where local traditions merge with the desire to redeem a deprived neighbourhood and give it back a revamped public square.


The latest artistic work by the Spanish art collective Boa Mistura, known to our readers for their street art projects to help communities was completed a few days ago in Guadalajara, Mexico. An almost 5,000-square-metre area composed of three buildings and a large square where creativity is used to turn one of the most disadvantaged zones of the Colonia Infonavit Independencia into a useable, community space.
In a participatory process dating back to January 2017, the artists and the residents, assisted by students from the University of Guadalajara developed the project. They hired five unemployed people, and the neighbours also volunteered to help completely remake a nondescript concrete square surrounded by council housing.
The actual artistic work is based on the cosmogony of the Wixáritari, also known as the Huichol, the indigenous people who live in Jalisco and its neighbouring states. Their language - Wixarika - is a Uto-Aztecan language and they are sun-worshippers like other indigenous peoples of the Americas, with whom they also share an extraordinary artistic production, which is highly valued in the Americas but virtually unknown in Europe.
For this reason, as the focal point of their artwork, the Boa Mistura team proposed the niérika, a circular drawing rather like a mandala, used by the Huichol people to bring order into their daily lives. A creative action that allows them “to relate the present with the past and, for this reason, to live with the awareness of their history and know that they are the ones who will design their own future”.
The decorations of the facades were added to this design in the square. Here, in addition to drawings of the peyote as the tool used by the Huichol to understand the world from the divine revelations, the words FUI, SOY, SERÉ or “I was, I am, I will be” were painted as a reference to the identity of the Mexican people - the richness of their past, the determination to keep that past alive in the present and the knowledge that the future is in the hands of the people of today.
With NIERIKA, the Boa Mistura art collective, supported by the Madrid City Council, the Municipality of Guadalajara and, most importantly, unconditionally supported by the local neighbourhood has crafted an artwork that not only redeems a rundown city square but also the local history and tradition, giving the inhabitants new dignity. 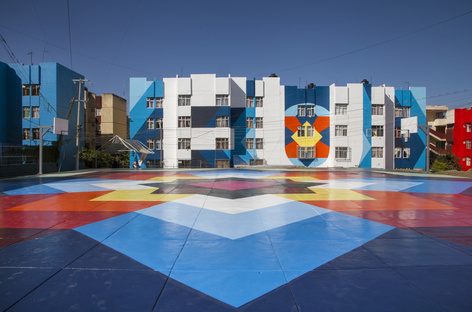 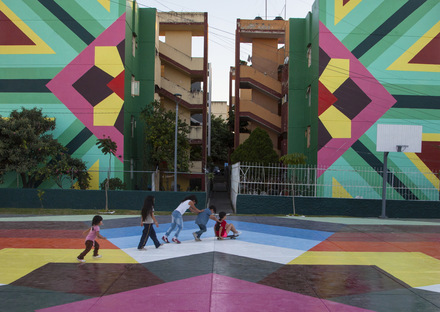 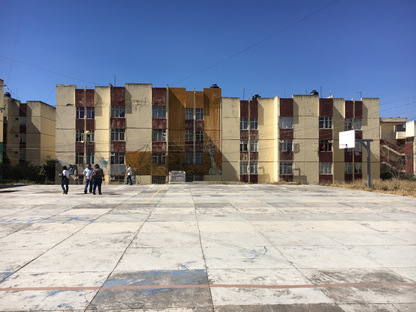 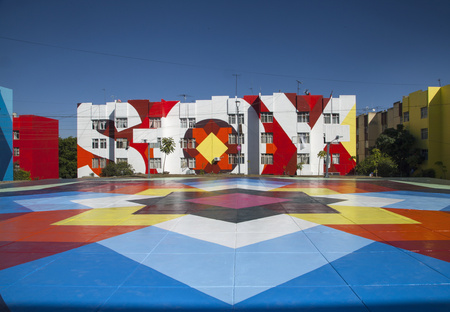 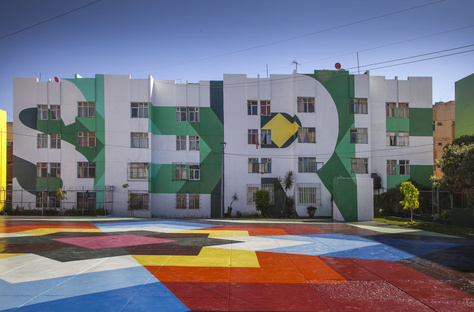 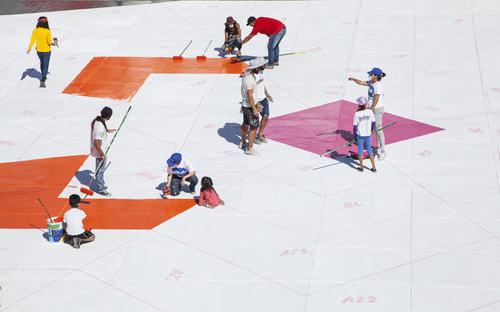 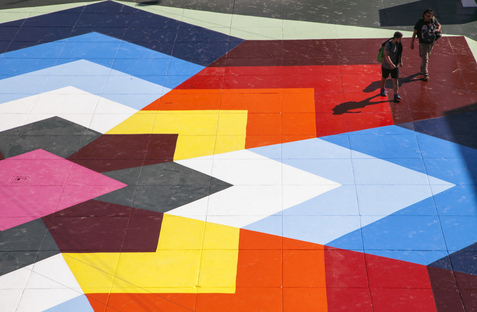 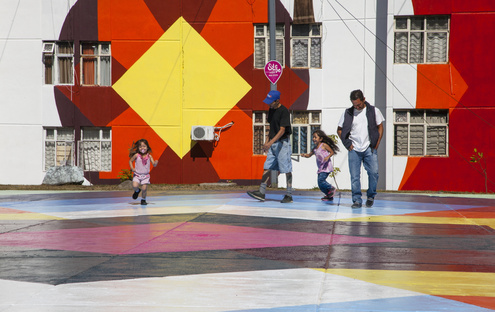 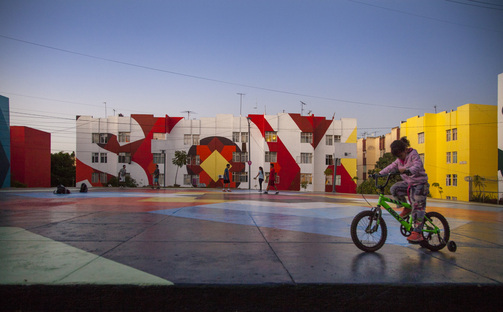 The public space from Mexico to El Salvador, photography exhibition by René Valencia