The latest project by Boa Mistura, the Madrid-based creative collective, in collaboration with the Puerto Rican artist Myke Towers spans 6 countries and aims to materialise those invisible bonds like art, music and sports, which connect people and places beyond cultural, racial or social differences. 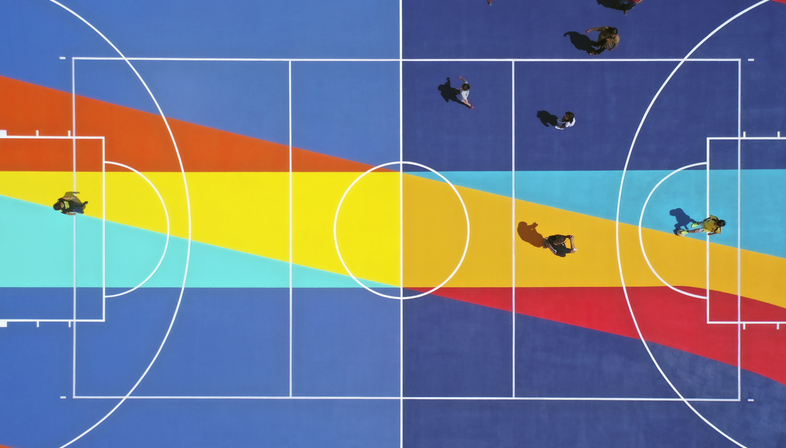 We have been following the work of the Madrid-based collective Boa Mistura for many years now, creatives who have long used street art as an engine for social change. Because as often as not, it takes very little to change the connotation, the atmosphere of a place, as was the case for example with the “Luz nas Vielas” work in the favelas of Rio de Janeiro, with the writings on the pillars of a viaduct in Paris or with the square in the Ritsona refugee camp – to name just a few of the collective’s projects. Boa Mistura’s work is fully centred on the love of graffiti, of colour and of life. This creative group of 5 Spanish artists is, as the name implies, a good mix, representing perspectives that complement, influence and come together to create something new and to offer important inputs to the communities in which they insert themselves with their works. From graffiti and mural painting, to graphic design and illustration, Boa Mistura wants to reintroduce colour into the world.
The “Unión” project, completed in March 2021, is the latest of their interventions. A project conceived in collaboration with the Puerto Rican artist and musician Myke Towers, rooted in the idea that in many places on earth, sports courts are the very heart of a neighbourhood. A large part of a community’s activities, in fact, revolve around them. Broadly speaking, sports courts are the squares, the stadiums, the dance floors and concert stages where we meet, we spend time together, we create lasting friendships and we fall in love.
And it is precisely at an unprecedented time like this, when we have been more isolated than ever, when we have not been able to unite, to play sports and even less attend concerts, that emphasising the crucial social role of these infrastructures for society in general, takes on a new and particular significance.
For the Unión project, Boa Mistura selected 6 different places to carry out their interventions: La Zurza in Santo Domingo (Dominican Republic), the Unidad Habitacional Issste of the Copilco University in Mexico City (Mexico), Renca, a municipality in the metropolitan area of Santiago de Chile (Chile), La Cañada Real in Madrid (Spain), Río Piedras in San Juan (Puerto Rico) and Comuna 13 Medellín (Colombia). All rather unique areas, with equally unique identities. Comuna 13 – or Comuna No 13 San Javier as it is actually called – is one of the 16 municipalities of Medellín, the second largest city in Colombia. For the most part, the neighbourhood extends along steep slopes, infamous for being the most dangerous district in Colombia, where the Medellín cartel once played a rather influential role and street fights between the cartel, the police or the military were a common occurrence. In such a complicated context, the presence of a sports field can make a real difference, offering an escape from the often difficult everyday life. The same is also true for the other sites, also situated in so-called problematic neighbourhoods.
With each intervention, the six individual sports courts were embellished with bright colours. But when seen from above, together, these six courts make up the word UNIÓN. A work which therefore exists locally, but develops its full potential thanks to visual communication and to the possibilities of the digital world.

The Unión projects illustrates the union of countries, of communities and of people, united by their universal love of sport. Because in the end, regardless of where we live and who we are, we all share common hopes and fears. We just need to remember it – and this is precisely where art plays a crucial role. 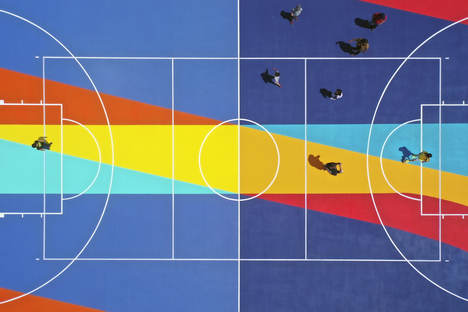 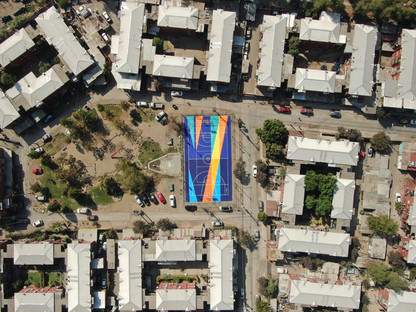 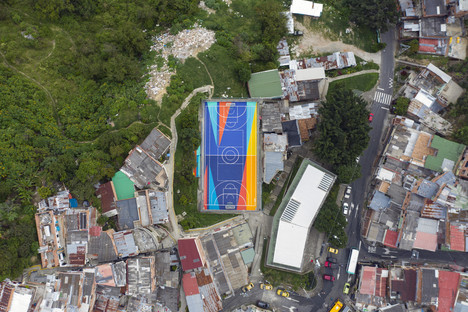 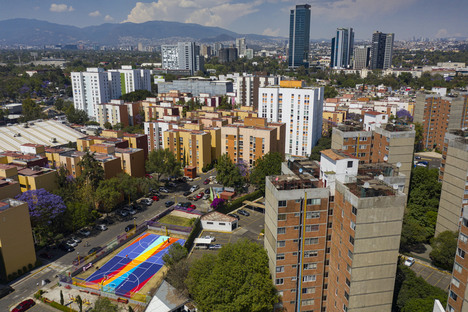 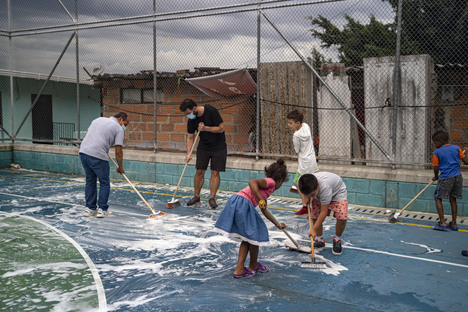 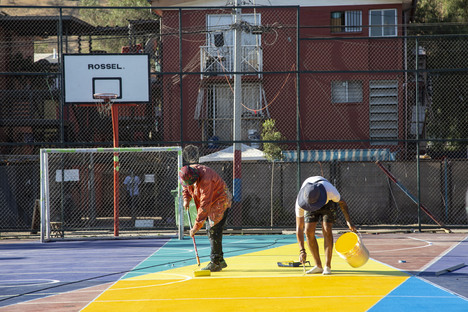 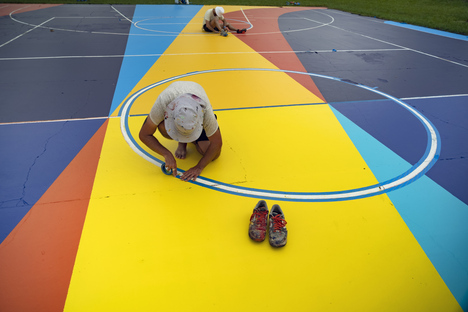 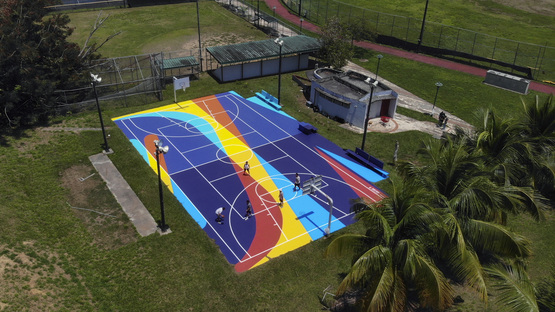 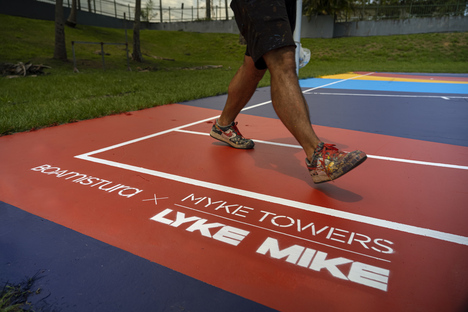 Boa Mistura, a public square in a refugee camp in Ritsona