The House of European History is an initiative of the European Parliament. 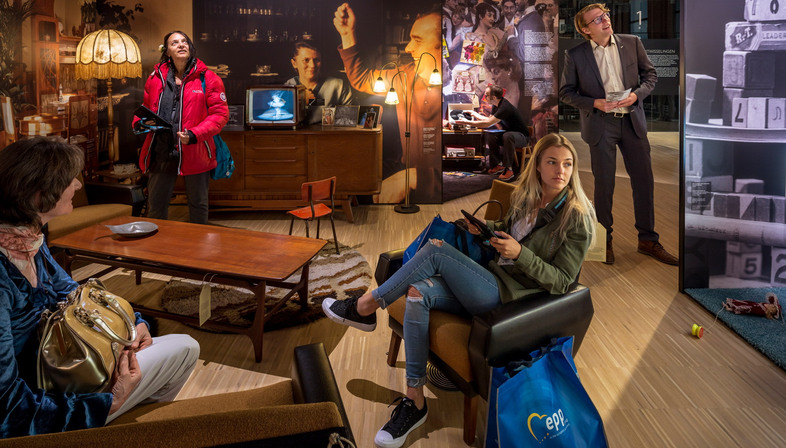 The House of European History is an initiative of the European Parliament. Located in the historic 1935 Eastman building in Brussels, it opened in May. This is the venue for the first temporary exhibition “Interactions: centuries of commerce, combat and creation” designed and created by Dutch studio Kossman.dejong with Kiss the Frog (interaction design) and Shosho (audio-visual design).


A museum that celebrates European history in the heart of Brussels, an initiative of the European Parliament, with the scientific project dating backed to 2008 stating the project's keywords: roots, future, memory, identity, growth and unity. The House of European History in the historic 1935 Eastman building, elegantly revamped by Chaix & Morel et Associés and JSWD Architekten aims to delve into the history of Europe, an increasingly important task in the wake of the rapid political changes.
The first temporary exhibition of this new institution is by Kossmann.dejong, the studio known to our readers for their cutting-edge exhibition design that also earned them the American Architecture Prize (AAP) award as 2017 Interior Design Firm of the Year.
“Interactions: centuries of commerce, combat and creation” is open until 31 May 2018, spanning two floors and totalling 500 square metres. On the first floor, four different settings are created for each of the sub-themes (trading, fighting, negotiating and learning) with artefacts integrated into graphic walls or showcased in displays and complemented by personal stories and hands-on elements that encourage you to actively engage with other visitors.
The second floor is designed as a “European House”, creating the intimate surrounds of our routine from the kitchen, through to the living room and bedroom. Here, the challenge is to find the “European story” behind everyday objects and actions. From food to fairy-tales, visitors discover similarities and playfully learn a lot about the different European countries.
With this exhibition, the creatives from Kossmann.dejong with Kiss the Frog (interaction design) and Shosho (audiovisual design) deliver a lot of different information in a skilful mix of media and communication tools. Its ultimate goal is to take visitors on an exciting and educational discovery tour of European interconnectivity. 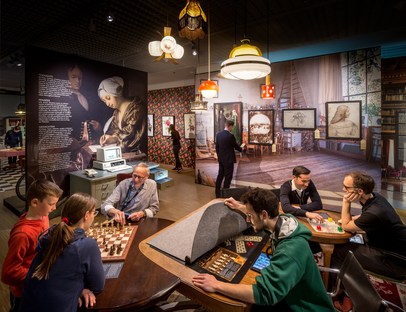 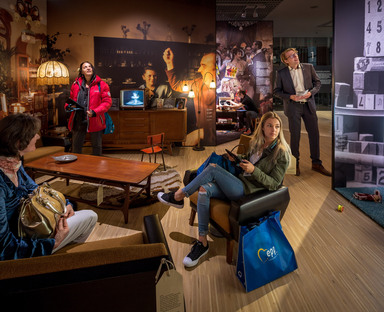 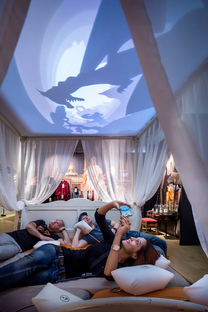 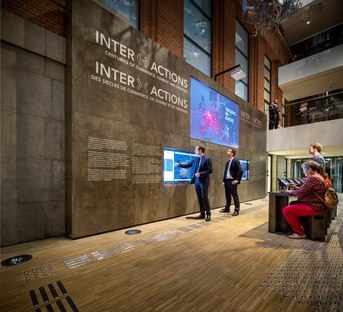 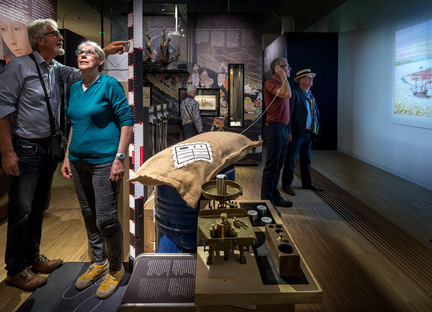 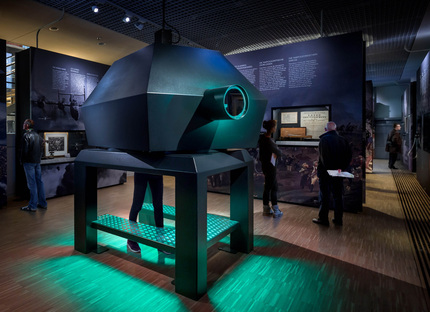