Dutch office Kossmann.dejong specialises in designing exhibitions and displays and has designed the new permanent exhibition of the Museum of Communication in Bern, Switzerland, which reopened today after a complete refurbishment.


The Museum of Communication in Bern, Switzerland was originally set up to showcase the items and documents connected to the postal service, transport and philately that the Swiss postal administration began collecting in 1893. Now communication has advanced so far since the advent of digital technology that the museum decided to rethink its permanent exhibition in order to give visitors a museum experience in touch with the times.
After a careful selection process, what used to be known as the Swiss PTT Museum opted for the creatives from Dutch firm Kossmann.dejong, known to our readers for their interventions in the sphere of exhibitions aimed at crafting a set-up that engages as much as possible with the public and to expand their offers. Together with the builder Bruns and the multimedia designer Ijsfontein,  Kossmann.dejong developed a new concept of sharing knowledge focused on why, how and with whom we communicate. “Amongst hilltop fires, smartphones and cyborgs”, as you can read on the museum's website, you'll not only find the now ubiquitous interactive stations, maxi-screens and mysterious devices, but also people in flesh and blood, the museum communicators acting as mediators between source and receptor.
The new exhibition by Kossmann.dejong makes us a aware of how communication unites people and it explores the effects of communication and of its technologies on history and culture. From homing pigeons to postal diligences to WhatsApp, from Morse code to telegrams to computer binary codes, emoji and videos - there have been so many changes recently and now they have their own place in the new permanent exhibition of the refurbished Museum of Communication in Bern. 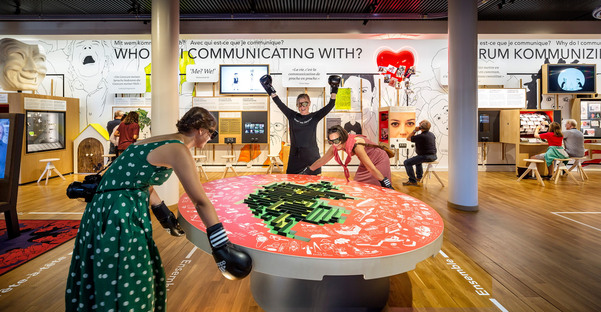 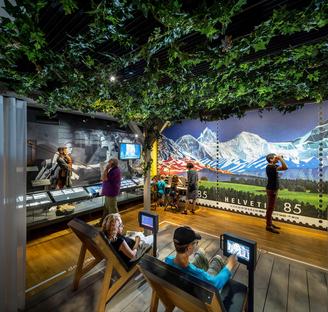 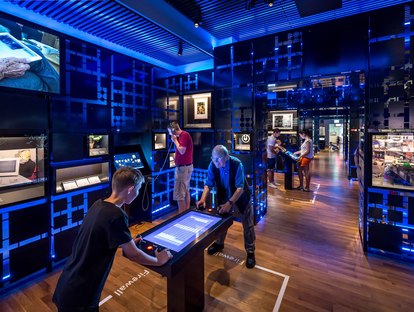 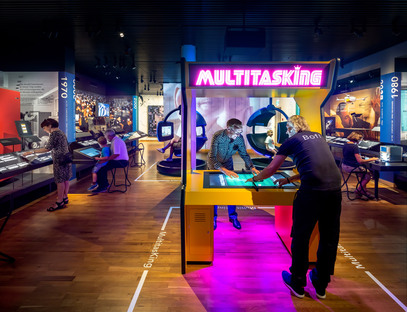 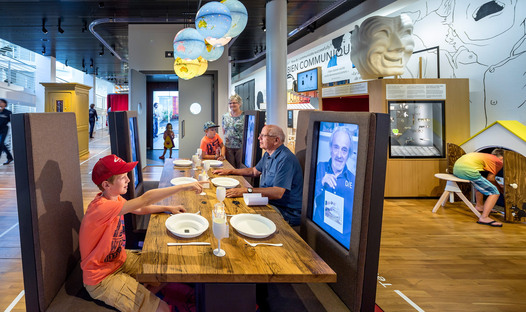 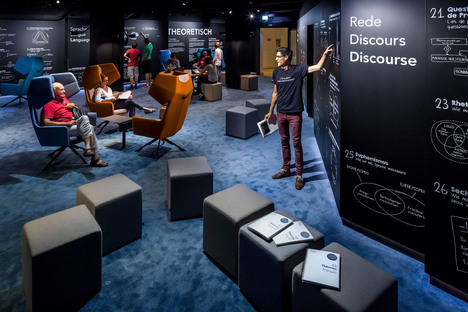