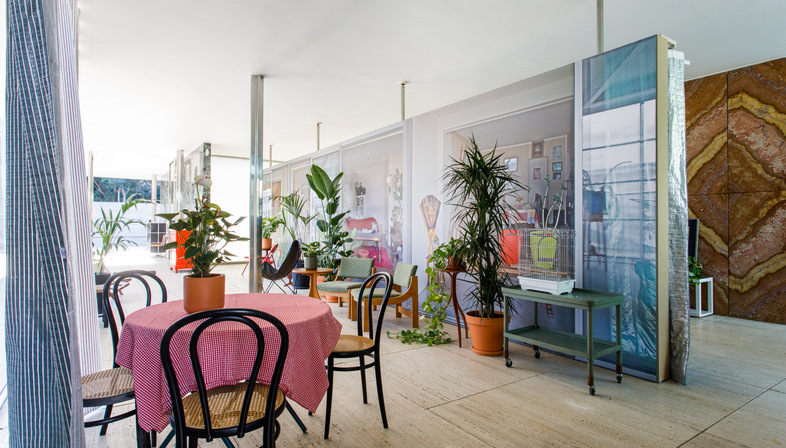 Here in the pages of Livegreenblog we have been arguing for years that the recovery and transformation of pre-existing architectural structures is by far a more sustainable solution than demolition and construction from scratch. A trend also acknowledged by a highly prestigious recognition such as the European Union Prize for Contemporary Architecture - Mies van der Rohe award, which in 2019 named the "Transformation of 530 Dwellings in the Grand Parc Bordeaux" project, designed by the Lacaton & Vassal Architectes, Frédéric Druot Architecture and Christophe Hutin Architecture studios as the winner.
To honour this concept of the recovery and transformation of a pre-existing building – just like the large social housing block in Bordeaux – curators Ilka and Andreas Ruby (Ruby Press) have transformed the iconic architecture of the Mies van der Rohe Pavilion, a symbol of the modern movement, into a domestic space precisely inspired by the winning project of the 2019 edition of the Prize that takes its name from the German architect.
A transformation that aims to animate the debate on housing and, specifically, how the award-winning Bordeaux project becomes a model for the social and physical rehabilitation of housing blocks of the modern movement. With their artistic gesture, the curators thus appeal to inhabitants, architects, planners, developers, heritage conservators and politicians to offer a new vision of these "monsters".
Because although today, these large housing blocks built around the world in the 60s and 70s as a solution to meet the need for urgent housing, are in many cases considered ideologically outdated, urbanistically a failure and often authorised for demolition – just think of Le Vele di Scampia in Naples – they should, in fact, be given a second chance. A possibility that is not based exclusively on nostalgia, in the sense of wanting to protect the past at all costs, but rather within the logic of using what is already there, in line with the idea of "Never Demolish". It is no coincidence that curators Ilka and Andreas Ruby, together with the award-winning Lacaton & Vassal Architectes, Frédéric Druot Architecture and Christophe Hutin Architecture studios – who were on hand for the installation’s inauguration on November 26 – sustain that, through their transformation, these buildings should, in fact, have a second life that is better than their first, expanding and improving the quality of life of inhabitants.
An architecture as well known and certainly as iconic as the Barcelona Pavilion, has thus been set up as a domestic space in which typical daily objects such as a wardrobe, a sofa, plants, curtains, a TV and lights have been integrated. The effect of these elements characteristic of our everyday routines within an icon of modernism is truly alienating. Yet it is precisely this alienation that inspires us to reflect on the infinite possibilities offered by an architecture. Sometimes you just need to change your perspective, free your mind from the many prejudices that run rampant in society and, in that moment, solutions of great beauty are able to surface. Precisely as it happened with the Gran Parc Bordeaux: the organisation of the rooms in the three buildings proved to still be functional and optimised from today’s frame of reference, the very reason why it was not necessary to intervene. It was enough to work on the bathrooms and on the electrical systems, while the extension of the buildings on the south side consisted of a winter garden and a balconies area, together with the addition of well-insulated full-height sliding glass doors. All while limiting the inconvenience to inhabitants of the buildings, who were not forced to move out. Measures such as the addition of new floors have transformed the old and outdated block, for the benefit of users and the environment. Never demolish thus becomes a creative challenge which the intervention at the Mies van der Rohe Pavilion allows us to experience up close. 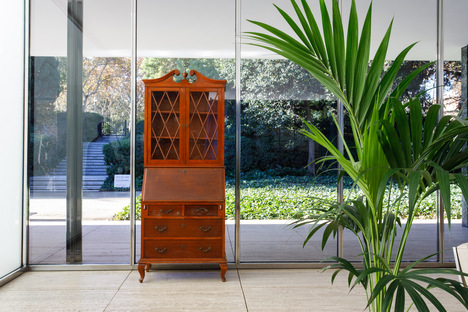 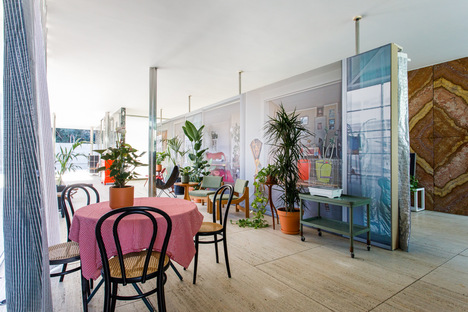 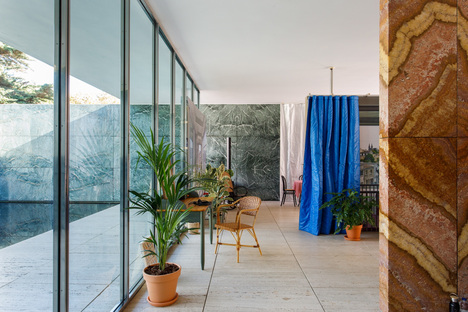 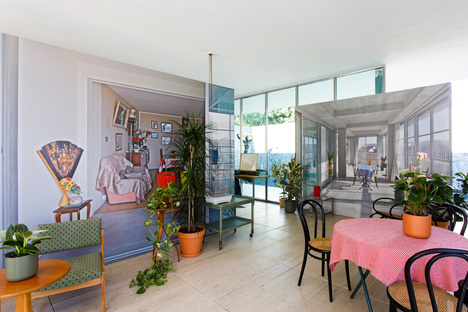 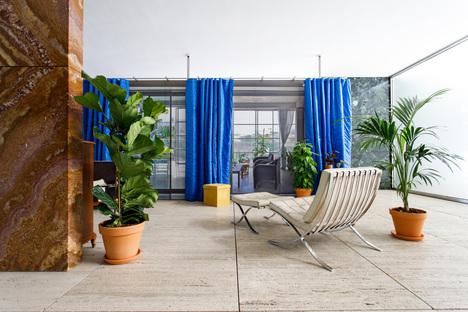 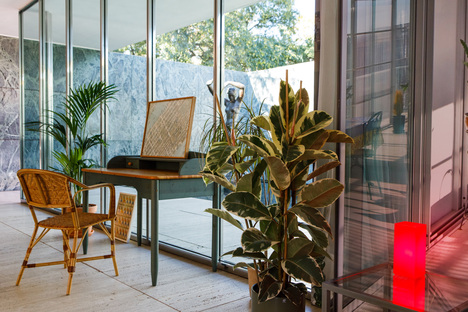 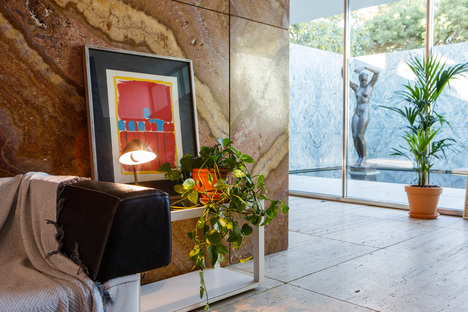 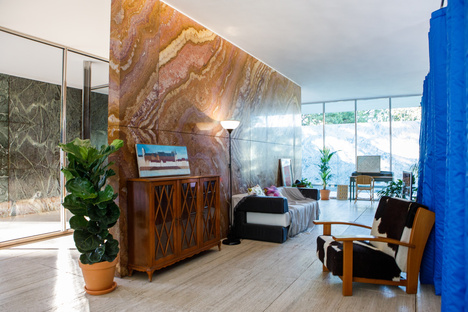