With the Jean Louis Trintignant Sports Hall in Uzès in the Gard department in southern France, the team from the French firm NBJ Architectes have developed community architecture that complements the existing environment and ensures the ideal conditions for playing sports. 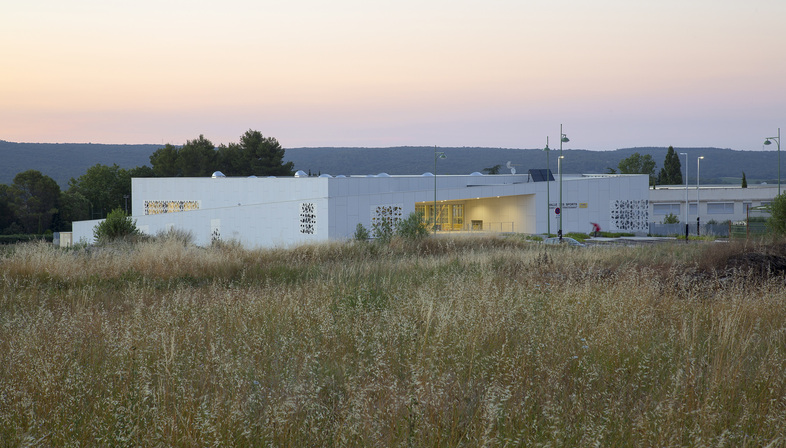 The new sports hall of the municipality of Uzès, a small town with a population of 8500 in southern France was built in a flash - it only took 11 months. The brief for the Jean-Louis Trintignant sports hall was to make it an important part of the Zac Mayac development project in Uzès while ensuring continuity with the design of the adjacent school, which the architects of NBJ Architectes, founded by Elodie Nourrigat and Jacques Brion completed in 2003. The sports hall references the school’s architectural language but at the same time differentiates from it by the materials and the unusual facade.
With a total surface area of 1800 m², this new sports facility has, in addition to the multipurpose hall, a new generation climbing wall, comfortable changing rooms and bleachers seating 100 people. The hall is used during the day by the school students, then in the evenings and at weekends by other local basketball, badminton and climbing associations.
The challenge posed by this new sports hall named after the French actor, director and pilot Jean-Louis Trintignant on the grounds of the namesake school in Uzès was to fit the building into the existing environment and create the best conditions to play sports through a careful study of natural light for the interiors.
The connection with the context is characterized on the one hand by the desire to blend the new building into the site’s topography, and on the other to craft an urban plaza in front of the sports hall. This plaza connects the pedestrian zone to the parking area of the school and the sports hall. The fully glazed entrance to the sports hall opens off this plaza and provides a visual overview from the plaza directly into the sports playing zone. At night the whole building turns into a lantern for the community, not least because of the perforations in the rest of the facade.
NBJ Architectes endeavoured to meet all the client's specifications, with particular emphasis on making the interior spaces user-friendly. All the engineering and plant systems are hidden under the roof, creating a fifth facade. The interior floor plan of the sports hall is intended to facilitate access areas for the sportspeople and the general public alike. The routes, circulation and approach to the various rooms and areas are clearly structured and easy to understand. The brightly lit entrance area provides a passageway to the forecourt, further emphasizing the connection between interior and exterior, given that the large windows mean passers-by can see what’s happening inside from a distance, injecting extra liveliness around the sports hall, and the plaza in particular. At the same time, anyone who wants to watch the matches has clear, open access to the bleachers.
A wide staircase in the lobby leads to the changing rooms and is overlooked by the reception zone, strategically positions in the heart of the connections inside the sports hall.
Lastly, NBJ Architectes wanted to make the sports hall comforting and welcoming, and selected a pale colour palette and wood. These options are emphasized by the clever use of natural light in the hall. Indeed, the Palais du Sport is lit by skylights in the roof and a perforated facade to create an inviting environment and optimal playing conditions: a place where you are happy to play sports! 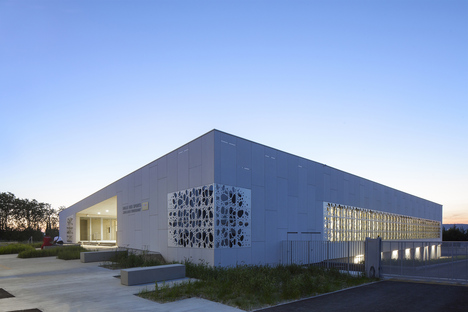 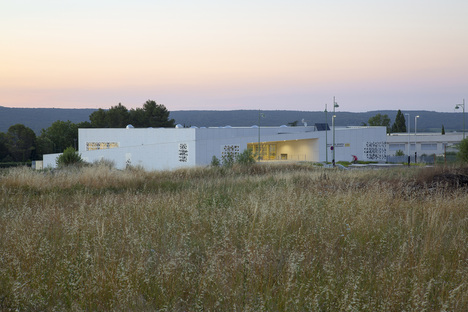 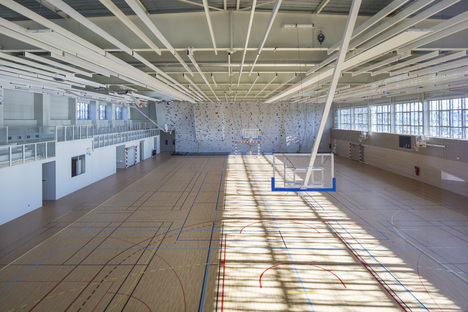 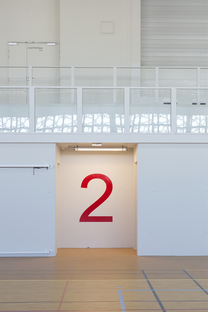 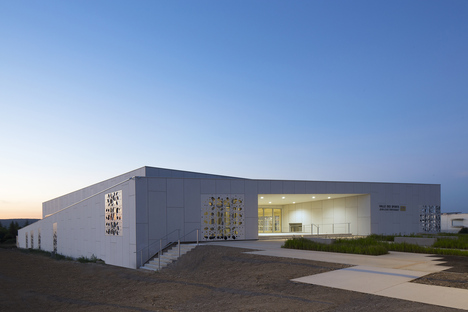 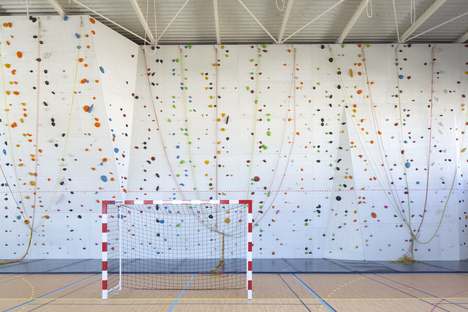 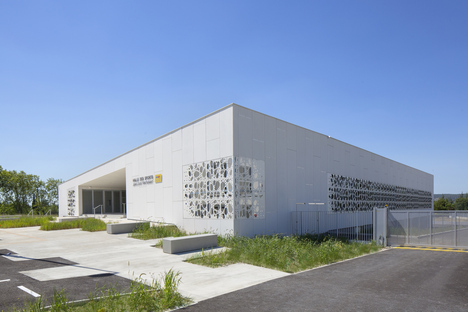 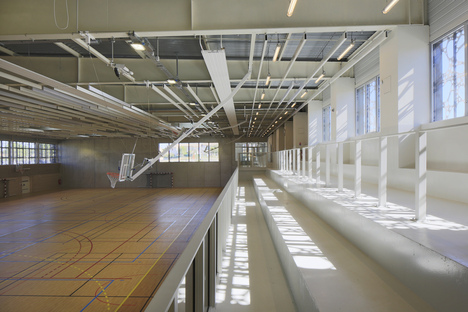 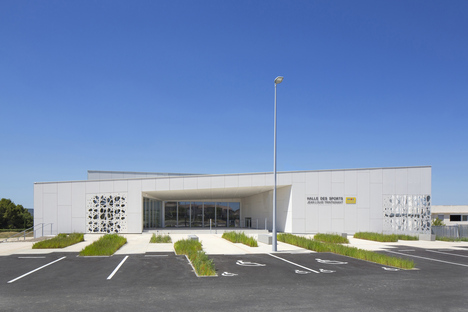 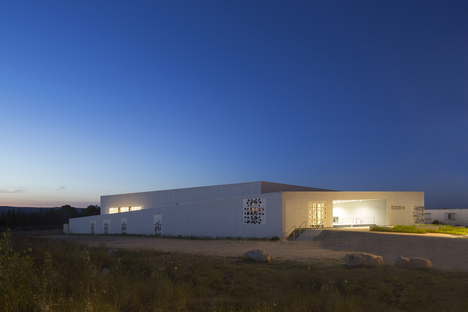 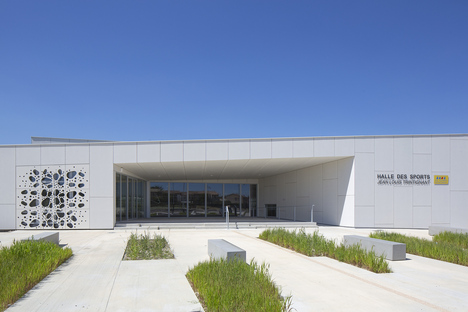 A landmark by NBJ Architectes in Blagnac