Ivrea, added to the UNESCO World Heritage List in 2018 as an industrial city of the 20th century, has been embellished with a series of murals on various buildings. A sign that clearly demonstrates the importance of street art in urban regeneration, following the humanistic spirit of Ivrea's famous industrialist Adriano Olivetti. 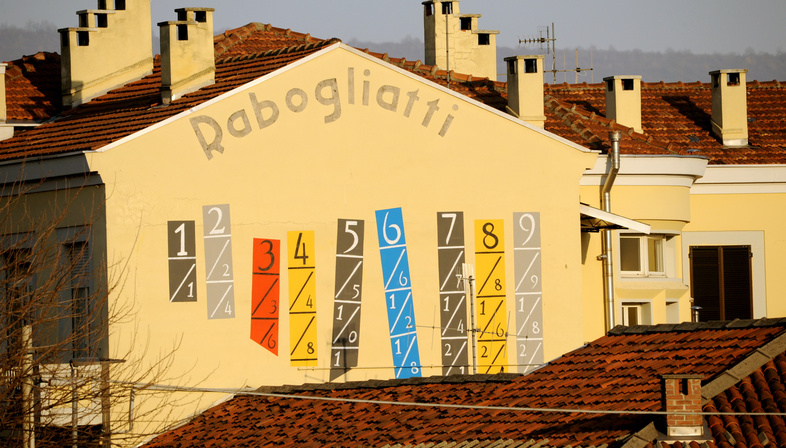 We started the week with a Street Art project, created by the Boa Mistura collective in collaboration with Puerto Rican artist Myke Towers, which unites six cities in as many countries through the colourful embellishment of sports courts that play an important role in life of the respective communities. While the mural project for Ivrea is focused on one city only, the initiative is nevertheless an emblem for the growing awareness concerning the power of art – and particularly street art – to favour not only the perception of certain places, but also urban regeneration in a broader sense.
In 2018, Ivrea was added to the UNESCO World Heritage List as an “industrial city of the 20th century”. A well-earned title for an industrial city with a human dimension, where spaces and buildings dedicated to production seamlessly mix with purely residential architectures and those offering social services. Ivrea, a town in the Piedmont region of northwestern Italy, has close ties to the Italian entrepreneur and industrialist Adriano Olivetti who, from 1930 to 1960, left a deep mark on the urban fabric of Ivrea through his innovative policy and the help of leading architects of the time.
Against the backdrop of the Festival of Architecture Ivrea 2020 , street art works inspired by Olivetti’s visual code were created as part of the [In]visible Ivrea initiative. Because among professionals in the field, we are well aware of Olivetti’s influence in the history of design, graphics, technological innovation and communication in Italy.
The initiative therefore fittingly took inspiration from Olivetti’s advertising poster archive, an internationally recognised artistic and cultural heritage, yet locally undervalued. The intention of these murals is quite evident: “bringing Olivetti’s heritage into the spotlight (#past) through new forms of communication and languages (#present) to help regenerate the wellbeing and development of the local community (#future)”.
It is not just a question of creating greater awareness of one’s city and its urban regeneration efforts. One of the key elements of this project is, in fact, the desire to raise awareness in the local community thanks to greater and more direct involvement in the process of re-appropriation of what today is a post-industrial city.
For the creation of the murals, which extend from Via Jervis to the San Grato district, the artists involved in the project were inspired by the iconographic heritage of the Olivetti brand, from Milton Glaser, the famous American graphic designer and author of “I Love New York”, to graphic designer Giovanni Pintori. The bright colours and impeccable lettering of the [In]visible Ivrea project now embellish various walls, representing a new visual reference in the city's urban fabric. A contemporary sign inspired by an attentive consideration of the past, for a city that seeks dialogue with everyone who walks its streets – both citizens and visitors – based on an open and transversal approach, placing the human being at the centre and thus following, even in this sense, the important moral example set by Adriano Olivetti. 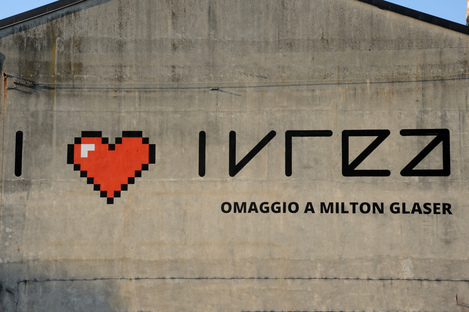 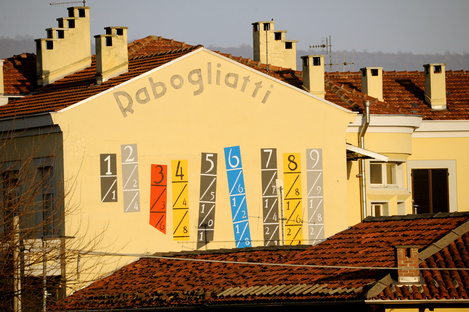 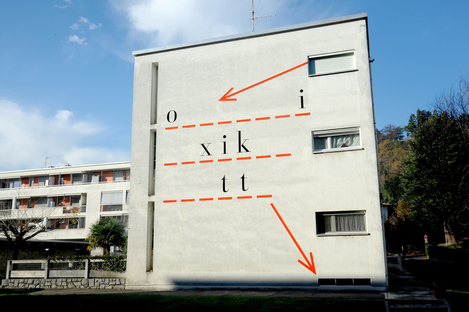 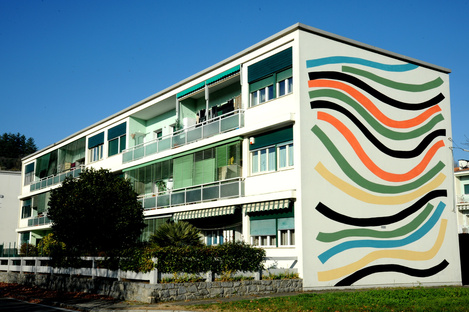 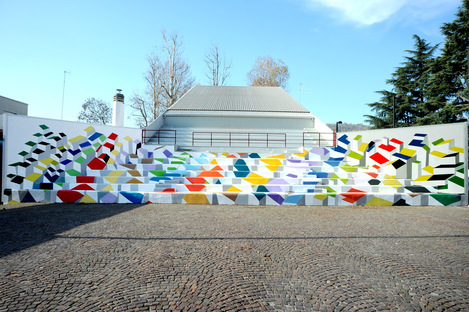 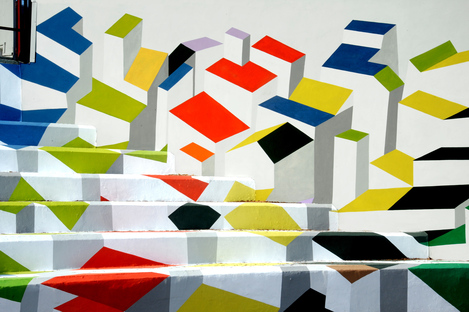 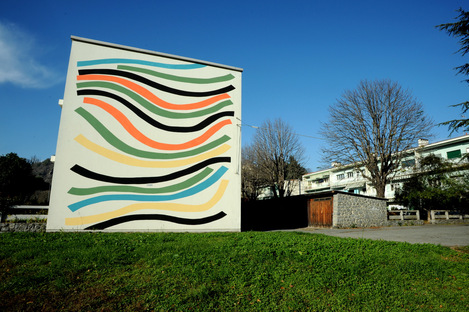 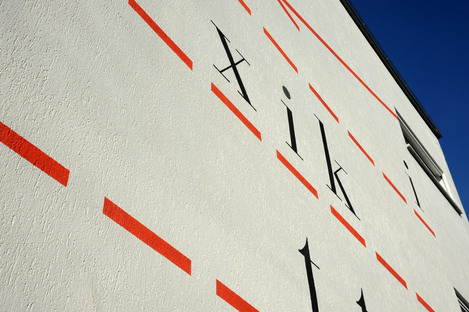