Moon Club in Prague by Formafatal and Machar&Teichman

An old bank with a new purpose: The Moon Club in Prague, designed as a result of the creative union of two studios - Formafatal and Machar&Teichman - delivers interior design marked by the moon theme and gets the original building buzzing with intriguing atmospheres. 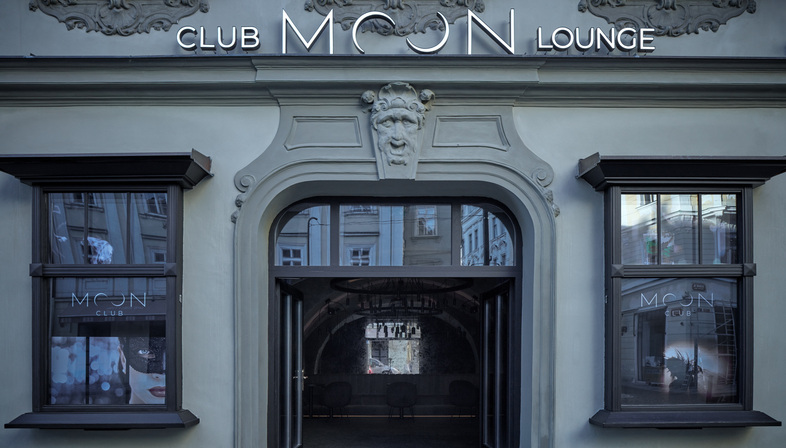 Prague has a new nightspot for clubbers. A new club has opened on Dlouhá Street - the long street - which, as the name suggests, winds through the historical centre from the north-east corner of the Old Town Square. The funny thing is that the original purpose of this building would conjure up anything except a new life rocking to the rhythm of music! Because these used to be the premises of an old bank, in a historical building that even boasts its own internal courtyard. The whole area is 740 square metres and it has been completely refurbished as a result of the creative union of two studios, Formafatal and Machar&Teichman. The clear intention of the clients, who already own other clubs, was to create an interior with details that would put this nightspot on a much higher level than other businesses in the same category.
One of the main problems of converting this former bank into a club for about 400 guests was the acoustics. While the inner courtyard provides a decidedly key cool component to the club, it was also an acoustical challenge. The design team composed of Dagmar Stepanova and Katarína Varsová from Formafatal and Pavel Machar and Radek Teichman from Machar&Teichman solved the acoustics problems by incorporating double roof glazing, acoustic buffer wall constructions and special plasters into the interior concept.
Various zones were created in order to overlap the original building layout with the needs of the club.  From secluded seating nooks to spectacular viewing areas to the bar and dance floor, each area has its own atmosphere and detailing.
Patinated metal sheets, dark burned wood, old stained mirrors, ornamental paintings and velvet-upholstered furniture in several colours give each area its own feel. Everything in the club is set off by the lighting design, using hidden light sources and custom-designed lamps to create different intensities and sight-lines.
Of course, the common thread running throughout the Moon Club is linked to the main motive – the Moon. On the on hand, this is expressed in the special patinated walls that are vaguely reminiscent of the moon’s surface, but also in the custom-created central bar in the courtyard, clad in golden corrugated metal with a moon silhouette floating above it. Three large round pendant lights and groups of metal pendants above it create a starry-night reflection on the glass ceiling. The Alchymista bar on the second floor also gives off a mysterious light effect obtained from the brass panels hanging above the bar.  They were treated with a corrosive agent to create a patina and then cut to create an ornamental effect.
The Moon Club in Prague, designed by the team from Formafatal and Machar&Teichman also connects with its context with a view from the street – looking through the entrance passage you can see directly into the central courtyard with the bar. The first smaller bar in the entrance area welcomes guests and the herringbone pattern of the wood floor is a reminder of the historical function of the passage.  The Moon Club is a virtuous example of how vividly powerful a refurbished building can be because facelifts offer an incredible opportunity to create something new by combining the old with the new, which in most cases beats any brand new creation because it already has experience and therefore an intrinsic atmosphere. 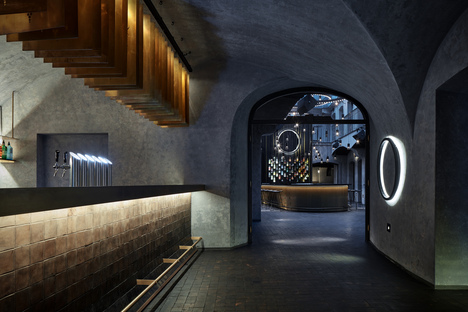 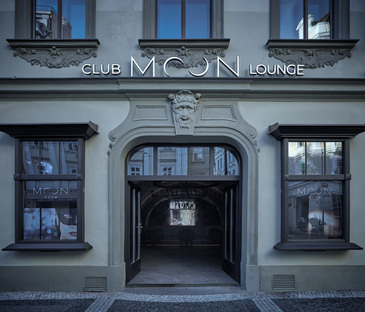 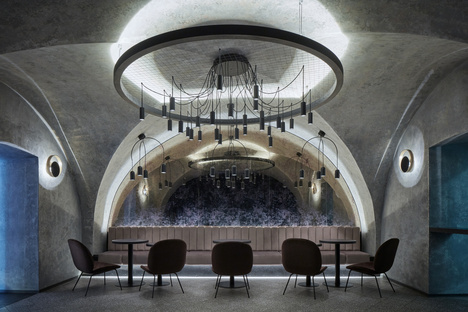 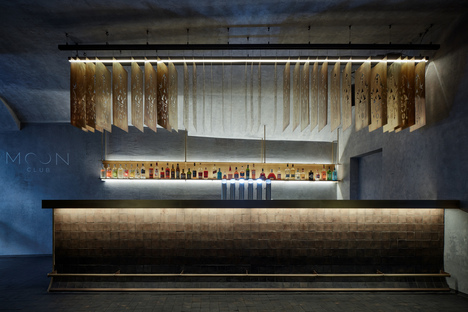 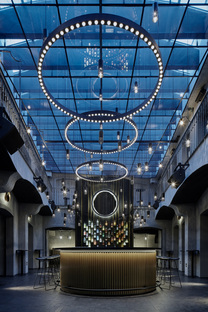 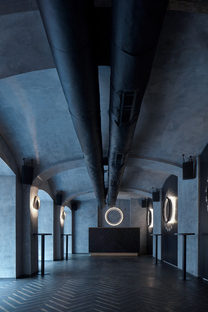 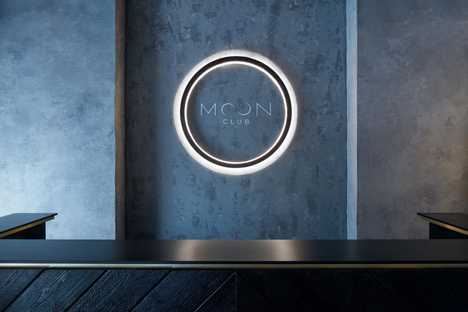 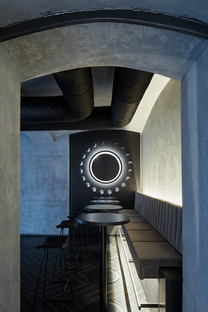 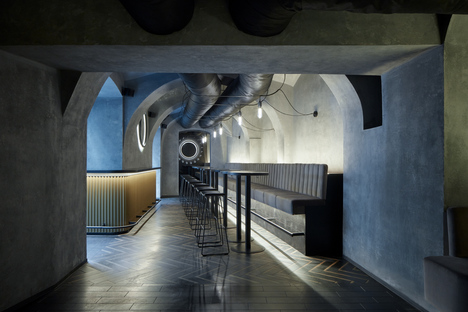 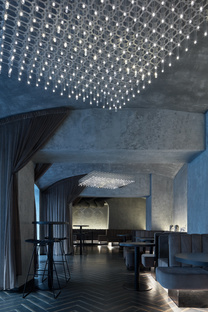 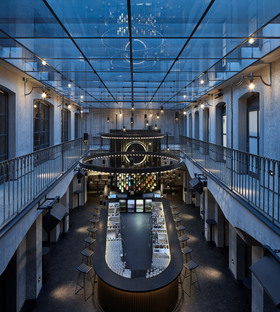 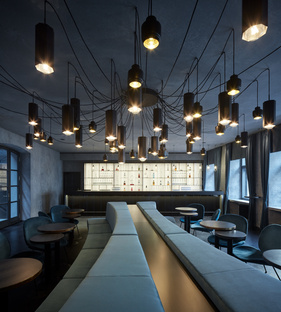 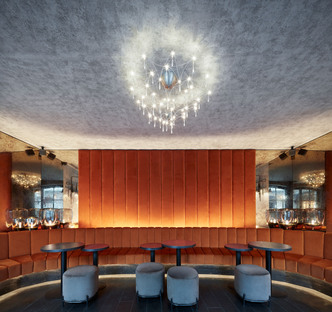 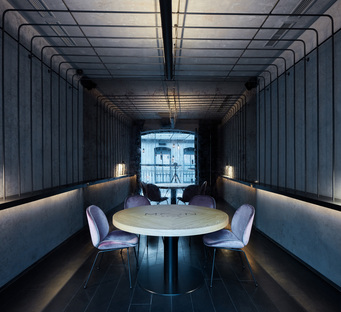