The duo of Ana Hernández and Christophe Penasse of creative agency Masquespacio bring their creativity to Italy, designing Bun in Milan. The project began with attentive analysis of existing constructions, enhancing them with joyful pastel colours. 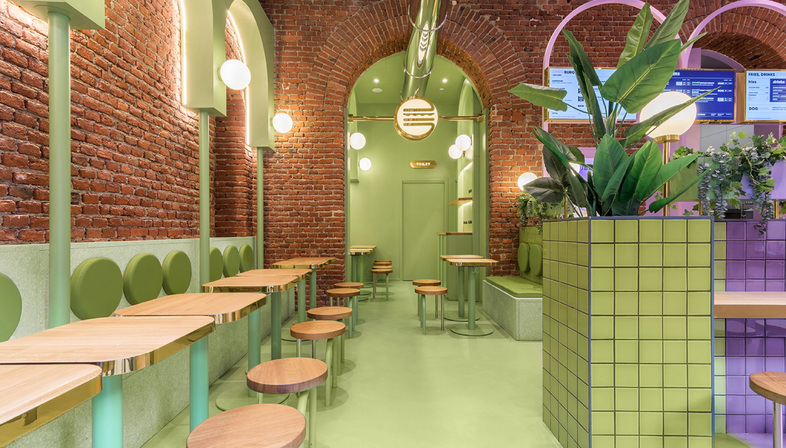 Hamburgers have become more and more popular in Italy as a quick, informal meal associated with everything American. The concept is reflected in the many restaurants offering this item on the menu, which tend to be divided into two categories: an old-time Far West theme with plenty of dark wood, or a vintage industrial character with metal and bare concrete. There is a clear discrepancy between an innovative culinary concept featured on menus based on use of gourmet local ingredients, including vegetarian burgers, and an interior design that resists change.
But now Masquespacio, the creative duo from Valencia whose unusual, welcoming interior design projects have been featured in our articles for many years, has come up with a new idea. Their work always centres around offering great experiences featuring pleasing, intelligent interior design that goes beyond mere spatial qualities. Bun’s menus centre around the legendary New York “smash burger”, while demonstrating coherence with its location in Viale Bligny, near Bocconi University in Milan. The goal was to create an identity with a clear focus on the younger generation while offering a more sophisticated approach for a high-quality hamburger restaurant, and so Masquespacio was commissioned to design the interiors of the new restaurant.
Masquespacio creative director Ana Hernández explains the project, which began with study of the existing elements in the space with the goal of integrating them into the overall aesthetic of the design: "When we saw the beautiful bricks and arcs from the space it was evident for us that we would use these 2 elements as the starting point of the design”.
To create a uniform look in the space, Masquespacio added more arc shapes featuring their usual refined colours, in this case green and purple. The existing arcs are underlined with the addition of more arc-shaped elements, combined with touches of gold and terrazzo tiles to create a serene, joyous atmosphere.
But Ana Hernández and Christophe Penasse don’t stop at the colour palette, translating the Bun concept into the furnishings, too. The wooden tabletops and beautiful plants are clear references to Bun’s efforts to avoid using plastic and promote a healthy diet based on use of quality ingredients.
Following their successful partnership in the restaurant in Milan, Masquespacio and Bun are now working on a number of other restaurants, including a new Bun in Turin.
So once the situation of the pandemic improves, we look forward to enjoying dinner at one of the new restaurants; for now, we will have to settle for peeking through the windows. 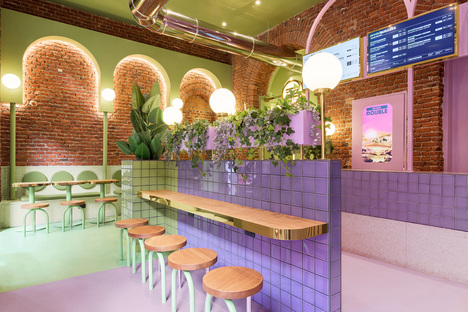 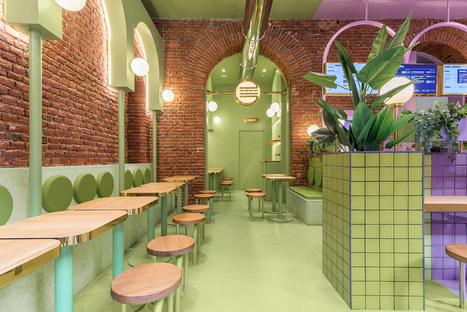 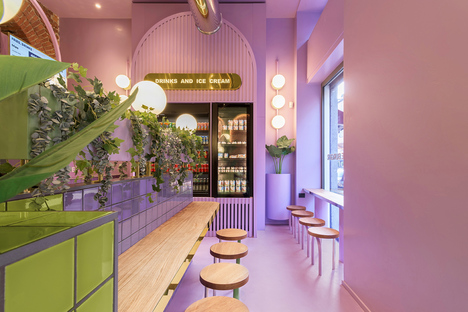 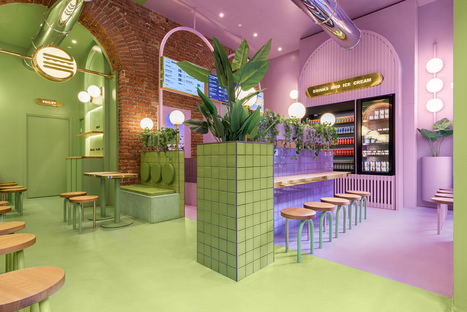 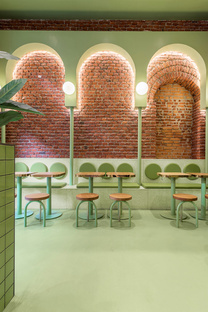 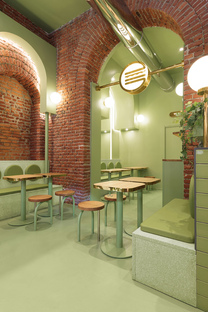 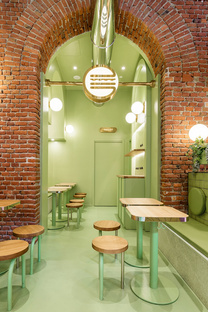 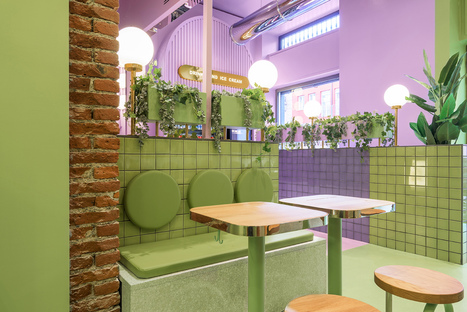 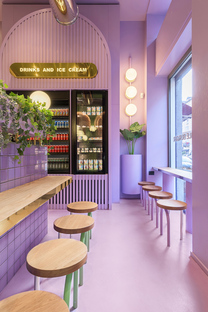 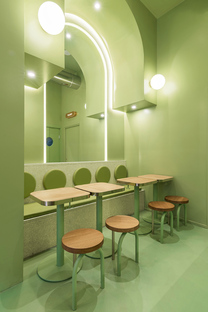