Peruvian architect Marina Vella has built a house in San Luis Potosi, Mexico that is inspired by intense dialogue with the landscape and appears to be a natural extension of it. The construction in contemporary style uses local vernacular building techniques and materials appropriate for the climate. 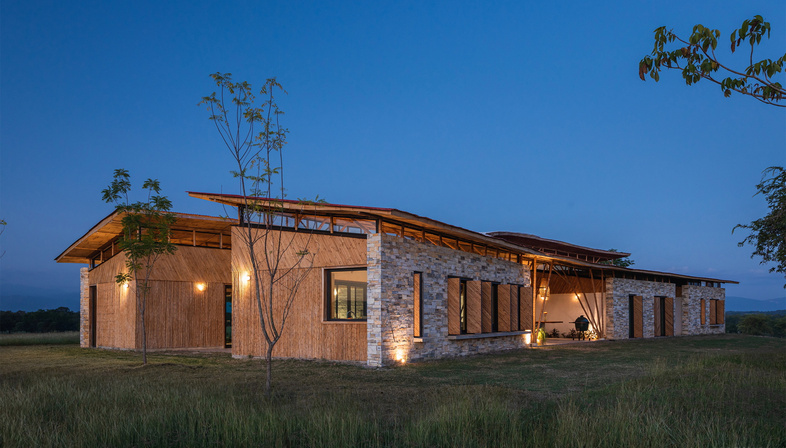 We have known architect Marina Vella for many years. In 2016 her Casa Ronda was a finalist in Next Landmark, the international architecture contest organised by the Iris Ceramica Group and Floornature which is celebrating its tenth anniversary this year. At the time we appreciated her style of design, expressed in a house whose organic shapes blend in with their surroundings.
Now, in Casa Traversa, Marina Vella confirms her vocation as an architect sensitive to the contingencies of the sites she works on. This time it’s in Mexico, in a town called Tanlajas, meaning “place with stones in layers”, in Huasteca Potosi, one of the four regions in the Mexican state of San Luis Potosi. The climate is hot and damp, with an average annual temperature over 18ºC. The Coy River crosses the area, flooding when the water is high and altering the landscape. The population of the area is of the Teneek ethnic group, whose vernacular architecture is considered a cultural heritage of the region because of the materials used, the construction techniques and the concept of preserving the environment.
All these elements were taken into consideration in the design of Casa Traversa, a holiday home and therefore a temporary residence. Marina Vella’s starting point is the tamarind trees growing on the site, and the path travelled by the sun and the wind. On the basis of these points, she breaks down her architectural programme into 4 units, each of which is just over 100 square metres, differentiating public from private areas, linked with a system of patios and circulation routes.
Because the home would be used by different people, it was important to establish a form of spatial organisation permitting different activities to take place at the same time without visual contact or acoustic disturbances. The diagonal lines that cross it and form full and empty spaces manage to take advantage of the views and the circulation of the wind, framing the landscape and generating welcoming, well-ventilated spaces. One important goal of the project was to design a roof that would look like the tops of the nearby trees while at the same time being visually linked with the line of the mountains.
Casa Traversa is a contemporary construction making the most of vernacular Teneek building techniques and materials, including Tanlajas stone, a local bamboo species known as Otate and earth from the site itself; all the materials are locally sourced. The building is protected from damp by stone on the external façades, and the roof is separated from the walls, generating natural cross-ventilation in the rooms to keep the living spaces fresh and airy with no need for mechanical systems.
These features of the design allow Marina Vella’s Casa Traversa to fit harmoniously into the Tanlajas landscape and become an integral part of it, a pleasant, serene place for spending leisure time in company, demonstrating respect for local traditions and the environment. 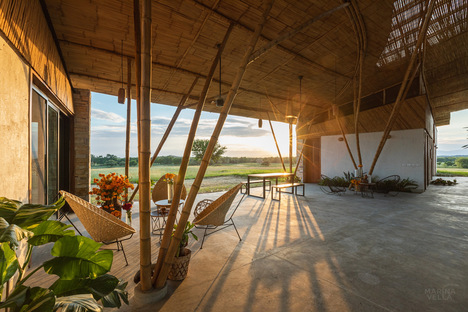 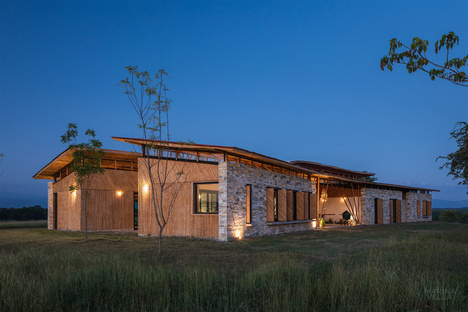 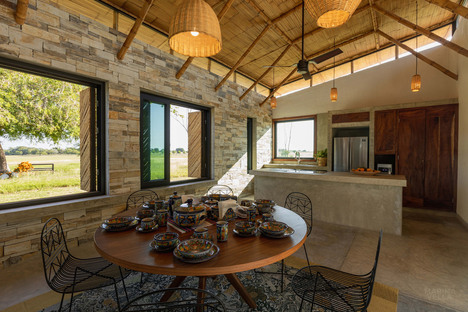 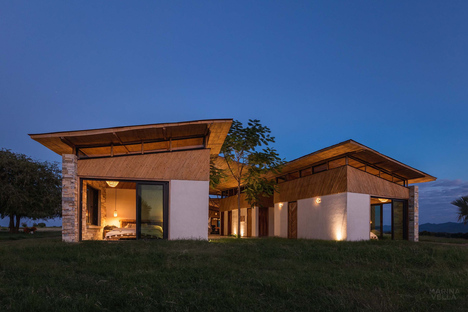 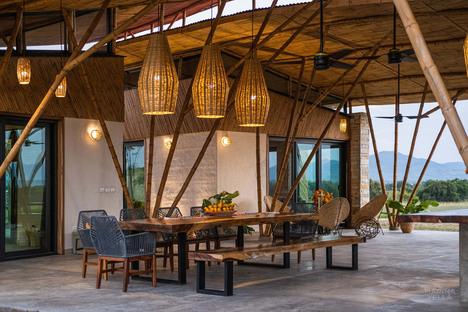 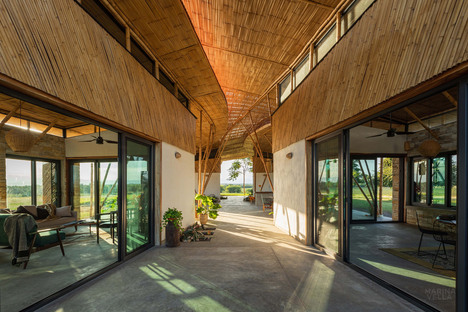 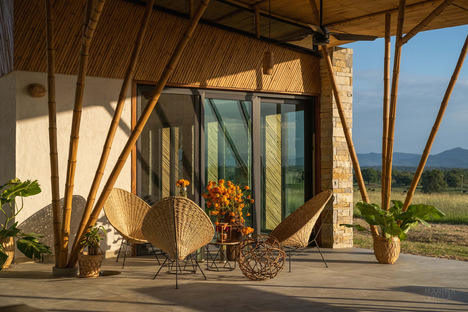 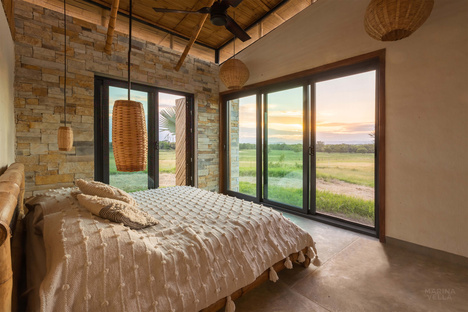 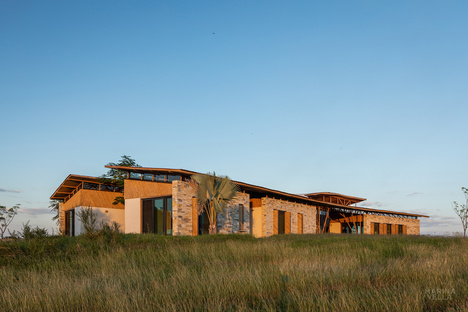 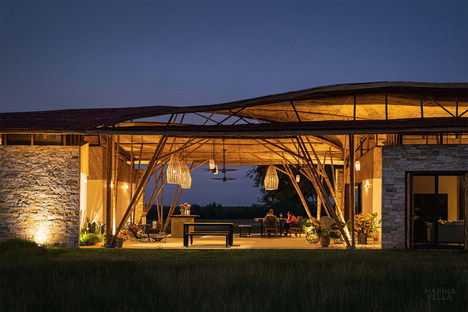 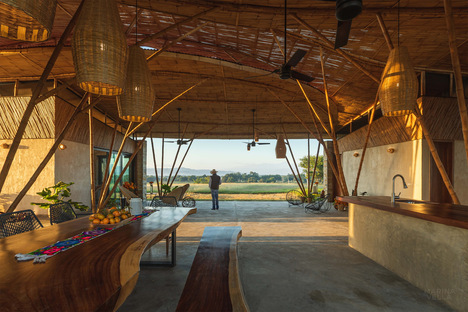 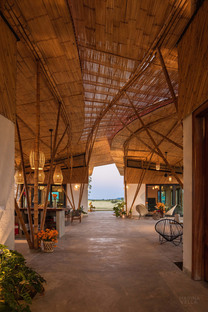