Canadian studio Alain Carle Architecte has built a house in Saint-Saveur in the Laurentian Mountains north of Montreal, which blends in perfectly with the surrounding nature and enables the whole family of three generations to live together. Everything is designed to foster dialogue with the context as well as amongst the family, while still maintaining everyone’s individual privacy. The Laurentian Mountains are a mountain range in southern Quebec, Canada, north of the St. Lawrence River and Ottawa River. The landscape ranges from rounded mountaintops, rising to a peak of 1,166 metres, to soft, rolling hills generously sprinkled with more than 9,000 freshwater lakes and a host of Swiss-like, small towns. North America’s first ski lift was built in the Laurentians in 1931, and by the late 1930s “snow trains” had brought tens of thousands of Montreal skiers to the slopes. Ever since, this zone, just an hour north of Montreal, has been the city’s four-season playground.
Here, in the town of Saint-Sauveur, in Montreal’s second ring of outlying communities, where you can combine a lifestyle in a natural setting with the conveniences of a small regional town, is Maison Koya by Alain Carle Architecte. A multi-generation home uniting interaction with nature and dialogue amongst the three generations that come together in the new architecture. All while respecting both the environment with sustainable design solutions such as geothermal energy and the privacy of the different members of the family, one of the biggest challenges in this type of project. This is because despite the family being close-knit, each generation has its own unique needs, and especially in times like this, when people are spending more time at home, careful planning is necessary to make sure everyone has their own space.
So the architects designed the home as three distinct volumes, respectively facing in opposite directions. Each of these volumes is made from wood, a locally-sourced material, and meet in a concrete central core. This point is metaphorically the meeting place, a “public place” materially inscribed in the permanence of the concrete structure. Against this, the three timber volumes are more transient. The spatial subdivision fosters respect for the private sphere of the respective generations on the one hand, and a connection between architecture and nature on the other.
Maison Koya, in fact, strives to establish a more open, dynamic relationship with its context. The built morphology uses cantilevers, recesses and large openings to develop a diversified interpretation of the landscape. The architect Alain Carle gives the occupants multiple perspectives, so much different from the classic row houses typical of newly developed areas, like the location of the project.
The connection with the exterior and the fluid relationship with the interior is also manifested with the various accesses into the building, without a single one dominating, all seamlessly engaging with the surrounding landscape. This transition between the inside and outside of the house also allows for flexible use, and the possibility to reconfigure the spaces to meet changing needs. Basically, each of the three volumes can be easily altered to accommodate different end uses.
Maison Koya by Alain Carle Architecte is an example of how architecture can make multi-generation living more sustainable at every level, including the environment and the private realm. 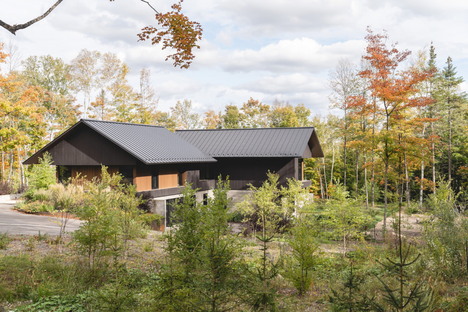 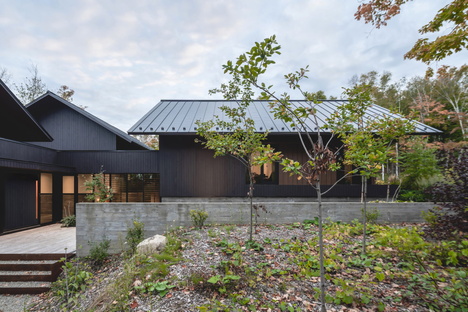 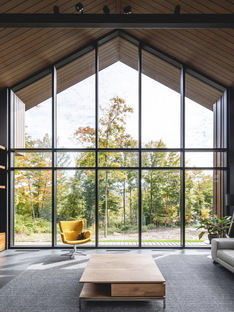 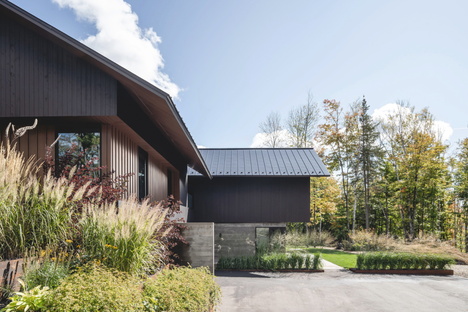 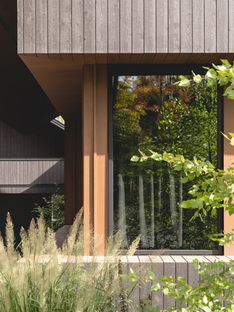 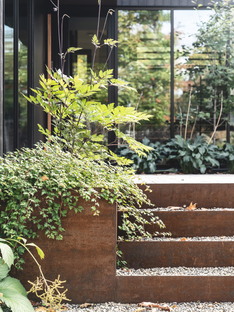 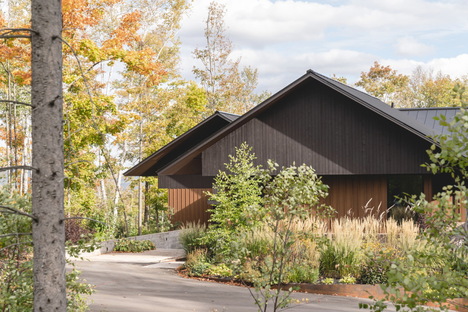 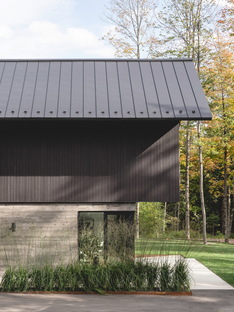 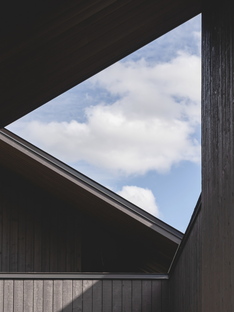 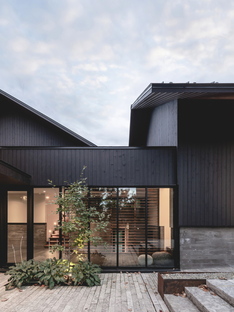 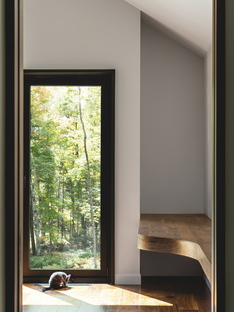