Marie-Claude Hamelin and Loukas Yiacouvakis of the yh2 architecture studio have created their new Maison Atelier in Montreal, built in the backyard of the firm’s Maison Tour studio, constructed in 2000. 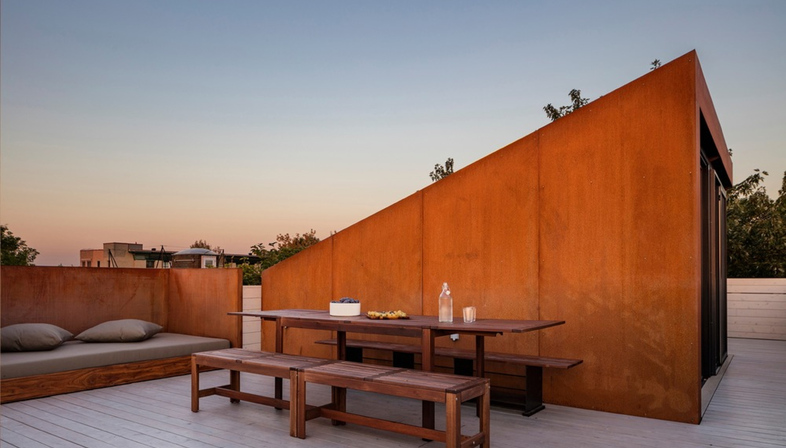 Marie-Claude Hamelin and Loukas Yiacouvakis of the yh2 architecture studio have created their new Maison Atelier in Montreal, built in the backyard of the firm’s Maison Tour studio, constructed in 2000. Showcasing the studio’s modus operandi, this extension doubles as a business card.

It’s a bit of a mantra with us: when an architect is working on his own home or studio, the projects are particularly intriguing because they become true manifestos of their approach to design and architecture.
And here we are again with studio yh2, founded in 1994 by Marie-Claude Hamelin and Loukas Yiacouvakis and known to our readers for their extremely elegant, streamlined work (link). This is their second creation on the same lot in Montreal. Back in 2000, they created Maison Tour, a home/studio combination organized around an inner courtyard bracketed by a three-storey vertical house and a workshop in a former garage at the back of the yard. This time they have built a second, three-storey home/studio called Maison Atelier yh2, independent of the original Maison Tour. This new building, completed in 2018, comprises the yh2 offices on the ground floor and a new dwelling on the upper floors.
The architects created a lightweight structure on the second level linking the two buildings, to comply with the Montreal municipal by-laws prohibiting two detached buildings on a single lot. This aerial volume, made of patinated steel and glass, gives each house an extra room above the garden, without reducing the size of the courtyard.

The Maison Tour’s ground floor living spaces open onto the courtyard, shaded by a large maple, whereas the new building houses the yh2 architecture studio accessible directly from the street. Two minimalist spaces featuring white concrete floors, mahogany panelling, and furniture in patinated and raw steel greet architects and clients.
Above the studio, but with its own street entrance, the dwelling in the new Maison Atelier yh2 occupies the top two floors of the building.
The middle floor, completely separate from the office, includes the bedrooms and family room. The composition of this cosy retreat is centred around the generous use of natural materials: brown wood floors, walls in pale hardwood and steel. On the top floor, the living spaces boast expansive views of the cityscape thanks to large windows on three sides.

To compensate for the northerly orientation of the main façade, a large, glassed-in southwest-facing penthouse on the roof provides exceptional top lighting throughout the entire upper floor. A large, rough concrete wall/stairway visually separates this bright open space, crossing the house on all levels, from the ground floor to the rooftop patio. It serves as a backbone for the building as well as a vertical passage that brings light from the penthouse along a circuitous route to all three floors.
Maison Tour and Maison Atelier yh2 are two examples of spacious, single-family homes and at the same time, they are an excellent example of high-density construction that meets 21st century urban needs. This is the elegant response of yh2 to a real architecture challenge. 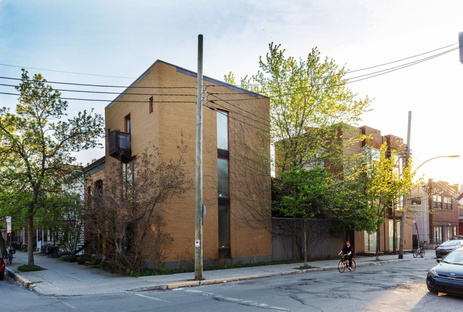 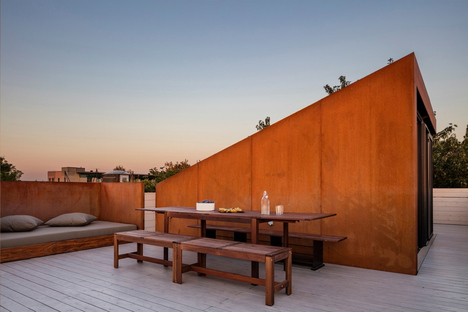 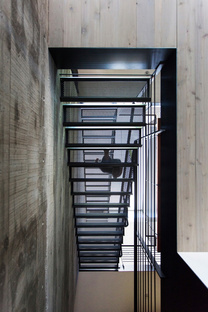 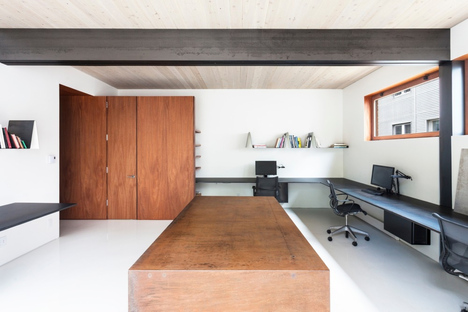 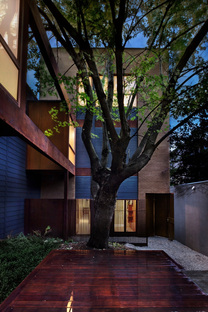 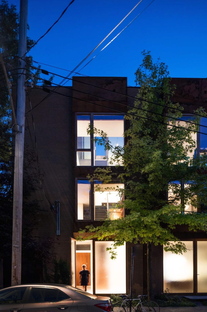 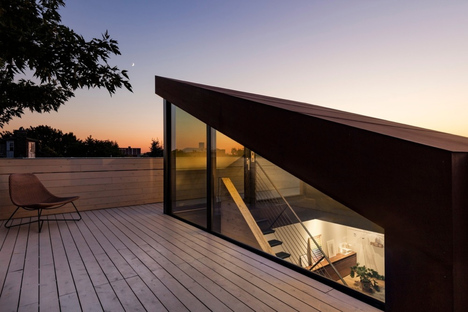 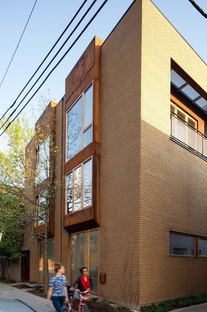 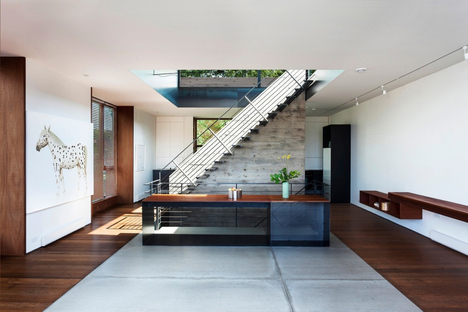 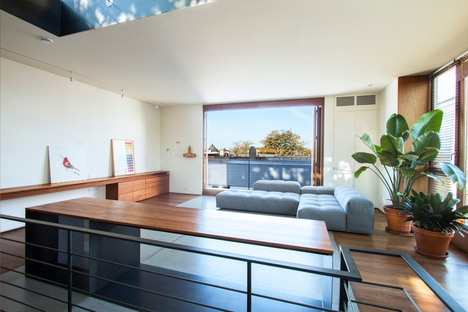 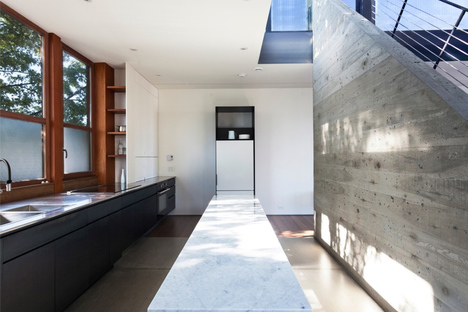 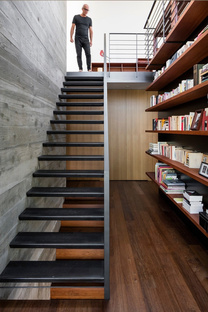 A living wall in the house renovated by naturehumaine

A Window on the Lake, by YH2