The Intercable Arena Brunico, located in the heart of the Puster Valley in South Tyrol, is a modern multifunctional arena, with a focus on ice sports. The new structure, which opened its doors to the public last autumn, was designed by the consortium led by the Bolzano-based CeZ architects studio following the competition won in 2015. 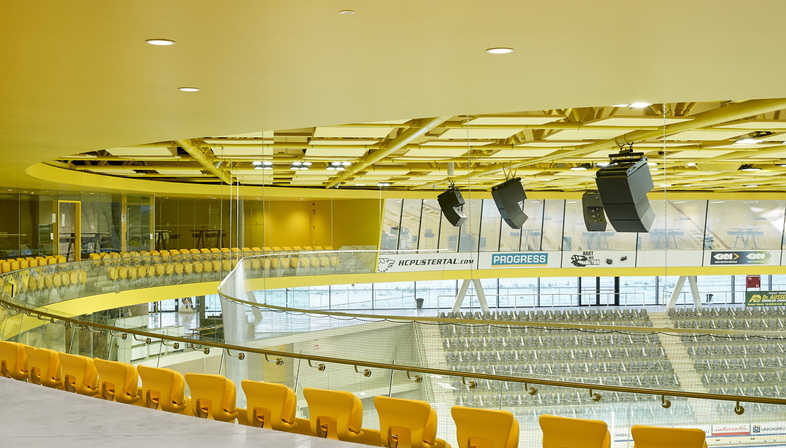 Ten years after the original idea of providing the city of Brunico with a new ice stadium, after thorough research to get a clear understanding of the town's needs and following an architectural competition held in 2014 that saw the participation of 72 local, national and international architectural firms, the Intercable Arena Brunico has finally become a reality. The winning project, designed by the CeZ studio led by Carlo Calderan and Rinaldo Zanovello and based in Bolzano, brings together in an area of over 35,000 square metres, of which 10,000 square metres are covered, different disciplines such as ice hockey, figure skating, ice skating, curling and ice stock sport, but also broomball, sledge hockey or short track.
CeZ architects conceived the arena as a simple and ingenious formal gesture: a platform on which an aerostatic body has been created, in other words an artificial corrugation of the ground and a polyurea roof that covers it. As the architects explain: "The roof (…) is a plastic volume, a lenticular object, a kind of wing that rests lightly on the artificial landscape below or, to use a different metaphor, an aerostatic body held on the ground by V-shaped pillars."
Firmly anchored to the ground, the structure fits harmoniously on the town's edge, an area dominated by horizontal lines. While the arena is large, it does not weigh onto the local context, in large part thanks to the inherent lightness of the shapes designed by the architects, as well as because the arena can be visually crossed through the open sides of the structure, as we can see in the shots captured by photographer Davide Perbellini.
The new arena thus becomes part of a continuous public space that includes the entire area: the access square with the external ice rink, the terraces on the sides of the building and the connecting path that goes up through the woods to reach Via Waldheim. The visual impact of the new ice stadium is minimised thanks to the careful and precise design choices made by the CeZ studio: by modelling the terrain, the architects were able to create a ramp with a slight slope of only 2.9% that allows spectators to reach the stands exclusively from above. The indoor ice rink, on the other hand, stands approximately 6 metres lower than the entry level, so approximately 3 metres below the current ground level of the surrounding countryside.
This "design of the arena partially underground does not only have a precise urban function", the architects explain. "Indeed, it allows for the large volume to be better inserted into the landscape, but it has also proved to be an efficient way to distribute and differentiate the different access flows into the building, according to the specific needs of an arena intended for sports competitions".
The large transparent foyer develops in rings around the track with the stands and houses commercial spaces and the bar. These can be separated from the arena using movable walls, thus allowing for the spaces to be used outside the arena’s opening hours. Two spaces, however, have escaped the complete horizontal transparency of the entrance floor: the service spaces with the changing rooms, distributed on two levels in the basement, as well as the premium seating sector, located in the roof. The latter has in fact been designed as an active floor where, next to the east staircase, an exhibition space for HC Pustertal's memorabilia collections has been created: a small museum space accessible to everyone, where Brunico's fifty-year ice sports history is narrated.
The Intercable Arena Brunico thus becomes a real point of reference for the city of Brunico, not only for sports, but also as a fresh architectural gesture that is not afraid to look beyond the area's famous vernacular language, opening up to contemporaneity and to people in general. 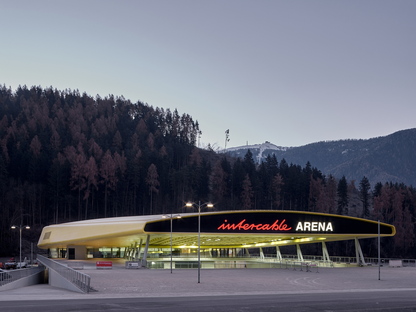 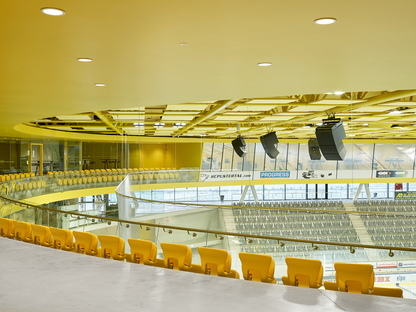 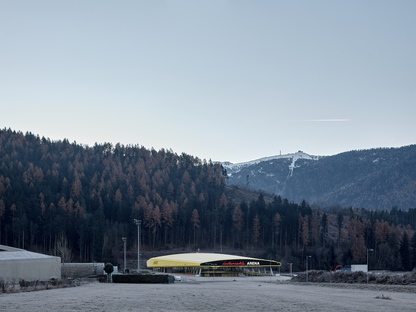 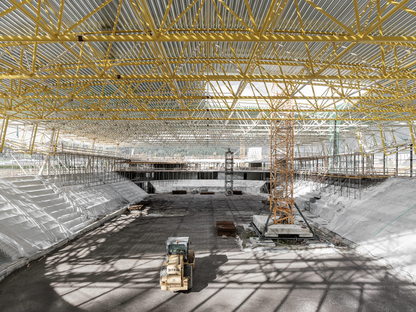 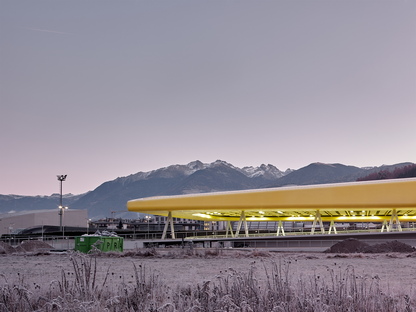 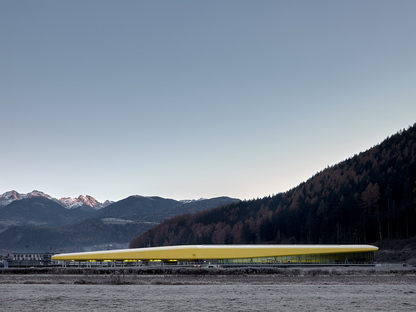 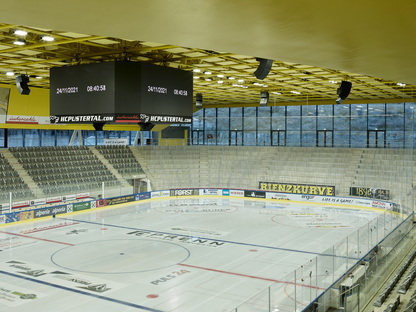 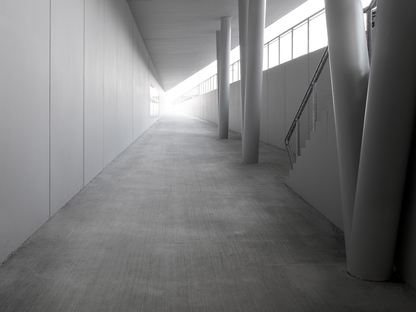 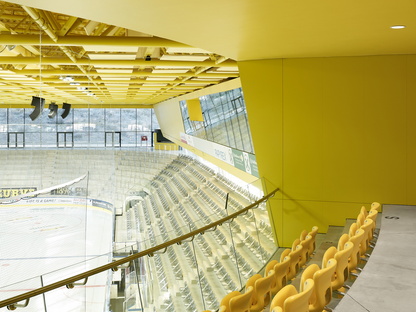 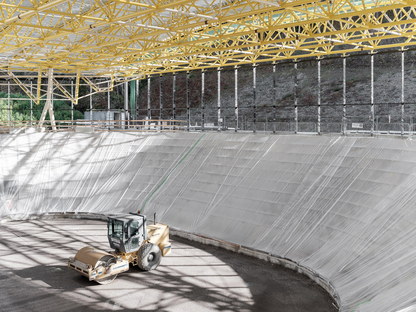