The Goldkammer, Frankfurt’s chamber of gold, is one of the most modern museums in Europe. The underground system of treasure chambers designed by Frankfurt-based architecture firm AS+P Albert Speer + Partner and the exhibition designers at merz merz Architekten from Berlin showcases more than 500 objects in a spectacular environment. 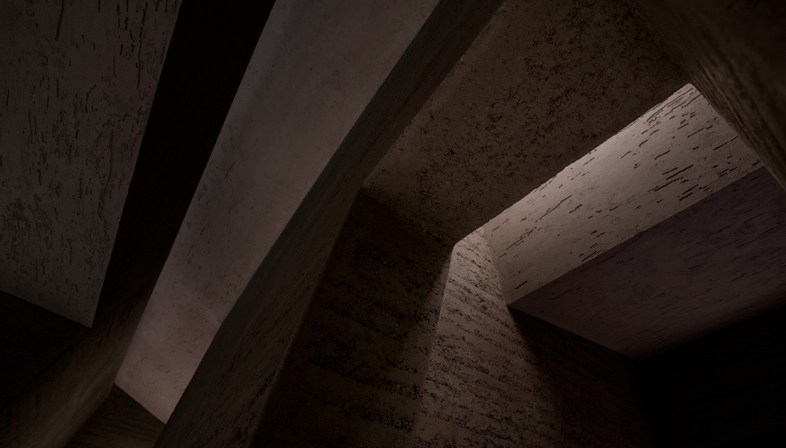 Planned, designed and constructed in just four years, in 2019 one of Europe’s most modern museums—the Goldkammer, or Gold Chamber—opened its doors in Frankfurt’s West End district. This central district of the city, with a high building density, is home to many historical gems, including a stately 19th-century villa, under which this museum dedicated to gold was built and commissioned by the Degussa group, specialising in the trade in precious metals. Frankfurt-based architecture firm AS+P Albert Speer + Partner and the exhibition designers at merz merz Architekten from Berlin won the 2015 competition for the museum design and exhibition layout. Together they have created a spectacularly impressive museum.
Their biggest architectural challenge was to develop a fitting receptacle to showcase all the many facets of the intriguing precious metal in an extremely limited space. The co-winner of the competition, merz merz is one of the world’s most renowned museum and exhibition specialists. The designers have created a spectacular sequence of underground chambers in just 480 square metres. They have been arranged so cunningly well that visitors actually get lost in the complex spatial structure. Both the elaborate use of materials like rammed earth, bronze, marble and stone and the differentiated lighting design by Licht Kunst Licht combine to give the exhibition rooms a unique, exceptional atmosphere. Their lighting design recently won the German Light Design Award 2020.
The more than 500 objects span over 6,000 years of cultural history, covering the origins of gold and its symbolic meaning in different cultures through to its use as an object of exchange and a means of payment. In a rather dramatic start to the tour, after entering the foyer of the listed mansion, which accommodates a restaurant and additional facilities, visitors then take a short but intense lift ride into the depths of the basement level, experiencing the thrill of a descent into a goldmine made possible by the use of special technology. The introductory area of the museum is a reconstructed mine shaft that showcases the origins of gold, its occurrence in rock and waterways, and the methods used to extract it. Visitors can touch and lift gold in the form of a heavy ingot and highlights include 4.6-billion-year-old meteorites and a gold nugget from western Australia that weighs nearly four kilograms.
The rammed earth chosen to clad the exhibition halls is reminiscent of the mines and historical burial chambers. At the same time, it serves to regulate the temperature and humidity of the rooms. After going through early history, ancient worlds and the Eldorado with objects from pre-Columbian cultures, you arrive at the “Gold from the Seas” room dedicated to treasures recovered from shipwrecks. The exhibition here stands out in stark contrast from the other environments, using glass, bright light and brilliant colours for the marine narrative, followed by the conclusion of the tour with the gold bars of the Rothschild Collection.
The museum is a gem of its kind, a project of close collaboration between the various disciplines to create a museum tour worthy of the precious contents it houses. 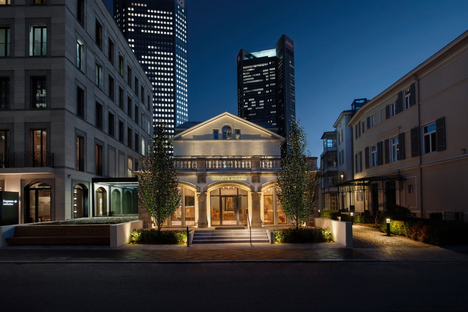 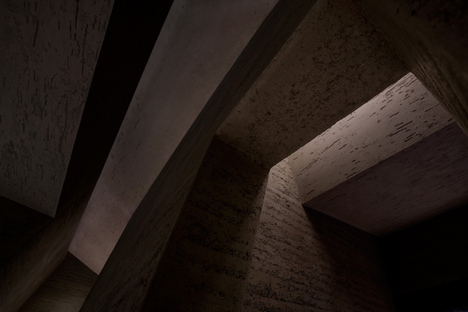 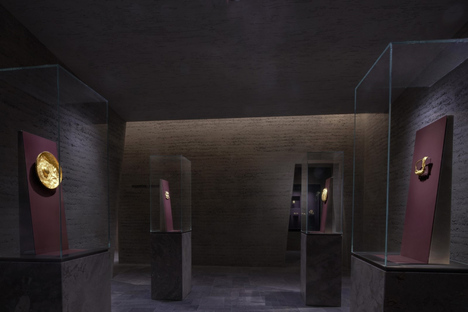 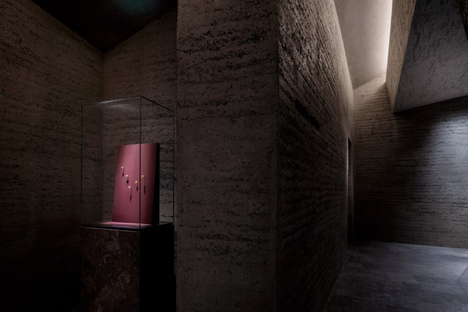 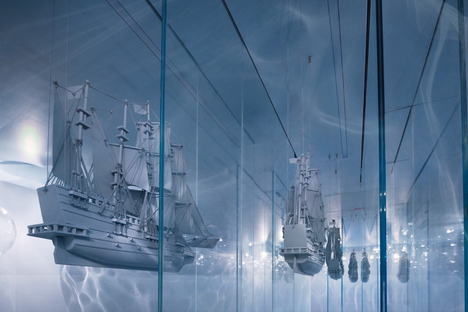 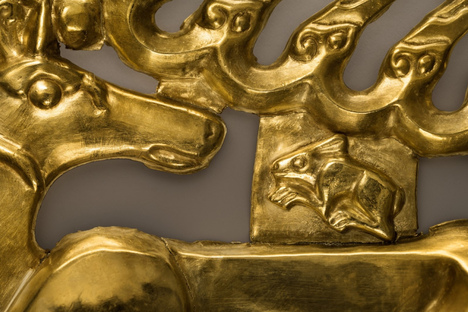 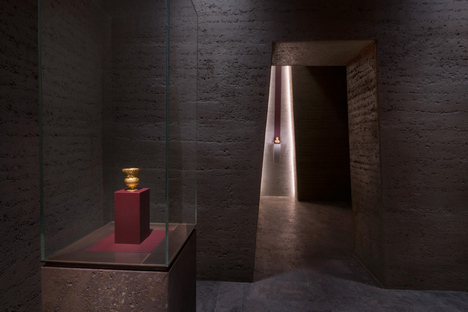 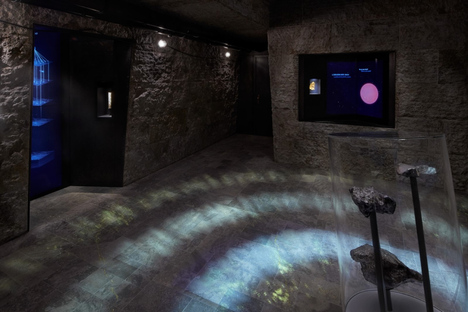 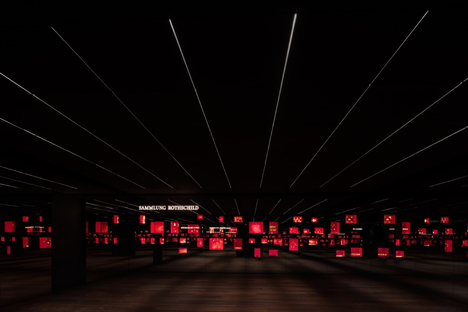