Late Night Kitchen is the name of the newest project by Chinese studio JG PHOENIX, founded by Ye Hui. A restaurant that offers not only food but also a unique atmosphere for relaxation. Using traditional materials and styles creates a gastronomic destination that is also a refuge for the mind. Who hasn't happened to finish work late and look for a nice, cosy restaurant in which to relax? To many. Often, however, the places that are open after the usual hours are just fast food or places where eating a meal is reduced to a quick and anything but relaxing act. In Shantou, a metropolis in the Chinese province of Guangdong, there is a solution: the Late Night Kitchen restaurant, designed by Ye Hui's JG PHOENIX studio.
The design philosophy of this new restaurant is already inherent in the name of the studio that designed it. In fact, the words JIN and GU, in Chinese, refer to "today" and "the past", respectively, while the Phoenix represents the spirit of the Orient, i.e. the cultural identification inheriting China's 5,000 years of history. Thus, Late Night Kitchen proposes a fusion of tradition and contemporary lifestyle. The project starts with red, in traditional Chinese culture considered an auspicious colour that carries cultural symbolism and spiritual feelings. Hence the decision to use a bronze screen in retro red in the entrance, behind which the restaurant is concealed. On the other hand, the foyer welcomes guests with natural stones combined with gold and silver-coloured materials. Here, too, we find red, but this time on the walls and in dialogue with wooden elements whose texture incorporates the traces of time.
For Ye Hui and his studio, attention to detail is also paramount here, precisely to create a place with a unique atmosphere that, together with the food, determines a memory in the guests. Thus, in the 605 square metres of the restaurant, the experience varies at every step. Not surprisingly, it also includes a natural stone landscape inspired by traditional Chinese gardens. A sign that shows respect for nature and, at the same time, creates a visual barrier.
The space as a whole develops almost labyrinthine, thanks to the inclusion of dividing walls clad in gold and silver foil. A solution that, while recalling the traditional luxury aesthetic, gives the room a touch of minimalist accents harmoniously balanced by the furnishings, such as the elegant red cabinets, ceramic vases and wall lamps.
In the interior design proposed by JG PHOENIX for the main hall, there are sculptures combined with traditional 'official hat' chairs that recall China's rich cultural history, but all without overloading the ambience. The round tables placed in the private dining rooms, in turn, symbolise reunion in traditional culture. On the other hand, round tables allow diners to chat and get closer, seated comfortably on cushioned chairs.
Finally, the inclusion, near one large window, of landscape elements, in reference to traditional Chinese gardens anticipating the view outside, is very intriguing. This is mainly because it is the only gesture capable of creating a connection between the rarefied environment of the restaurant and the outside world, in other words, a link mediated by nature.
Moon-like lighting completes the design for Late Night Kitchen, in line with JG PHOENIX studio's desire to create a dreamlike space where guests "can put aside worries and pressures and immerse themselves in tranquillity." 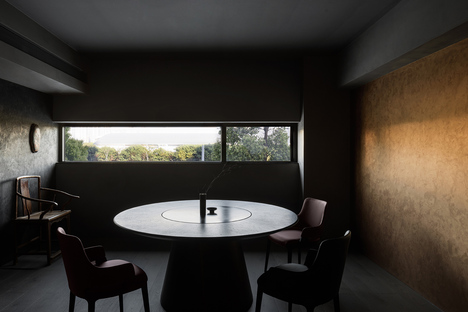 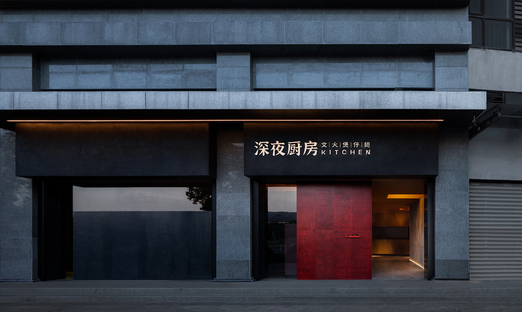 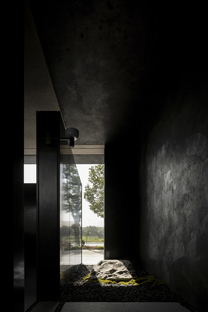 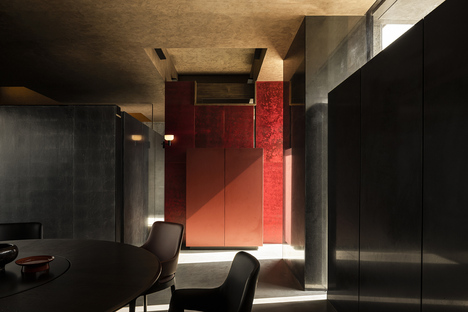 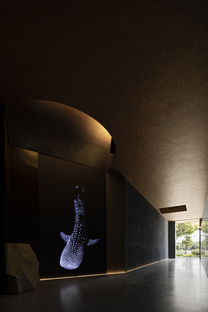 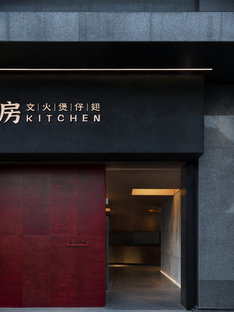 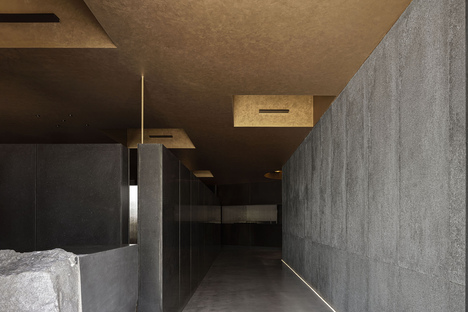 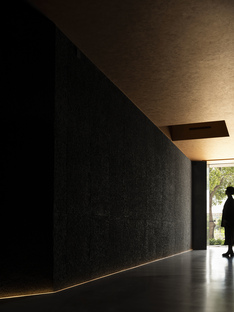 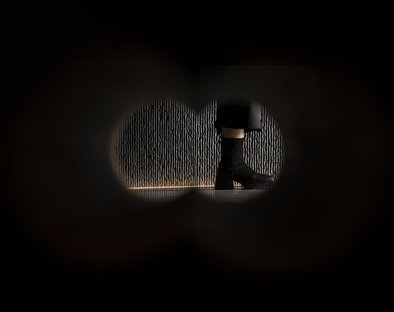 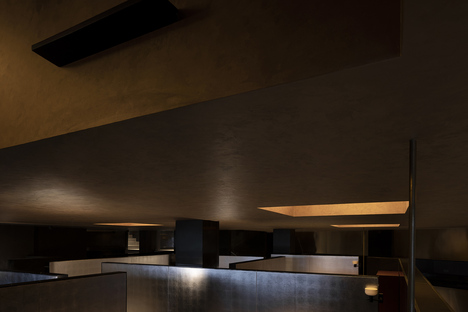 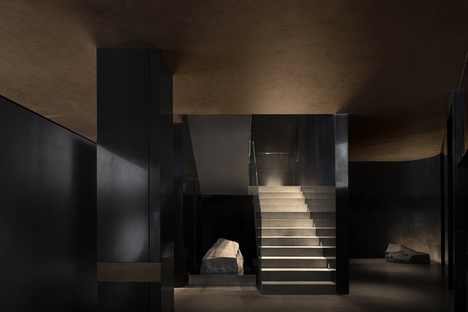 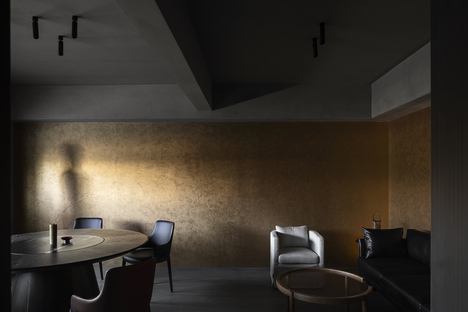 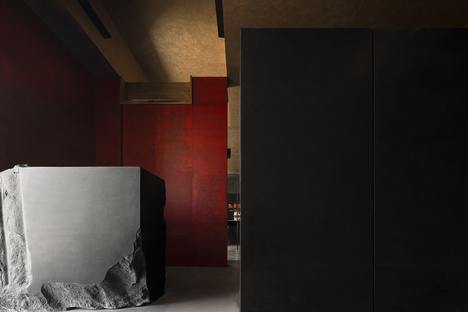 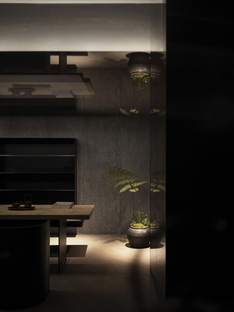 Yin and Yang for a showroom designed by JG Phoenix

Family life and memories, a home in Shantou, China