The founders of the Russian DA bureau architectural firm have created their home in the historic centre of St. Petersburg. The recovery of a studio apartment in a historic building has given the architects the opportunity to express their design philosophy, in other words to achieve maximum expressiveness with a minimum of means. 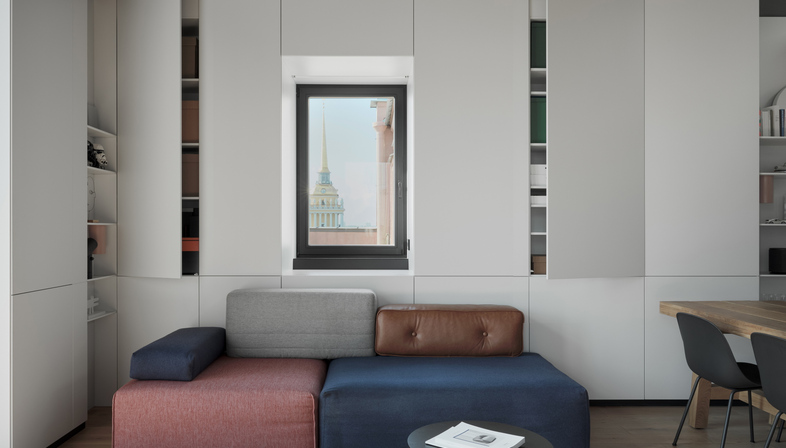 Here at Livegreenblog, we like to closely follow all those residential projects that architects carry out for themselves, as in many cases these houses become genuine manifestos of their design philosophy. This is also the case for the DA Bureau in St. Petersburg, Russia. As the studio describes themselves, "Our team is a hierarchy-free collective of friends and passionate professionals". Anna and Boris, the two founders, bought a small studio apartment in the historic centre of St. Petersburg, with an area of just 38 square metres, which had been empty for many years and therefore quite run down.
The first intervention was to clear the walls and ceilings of dilapidated plaster, bringing to light brick walls with concrete elements and the beams in the ceiling. The architects decided to leave the walls and ceilings exposed as they are particularly characteristic. Of course, all utilities were also replaced, as well as the old windows arranged on three sides. Particular attention was paid to the renovation of the large skylight, measuring almost 3x3 meters, reinforcing the structure and replacing the double sealed glass. From the apartment, a small balcony can also be accessed.
As the architects explain in a press release, it was a priority for them to ensure that the apartment was highly functional. Hence the decision to create an open space where, despite the limited size, they could entertain friends, having comfortable and welcoming spaces at their disposal for leisure time. All this, however, taking into account the need for closed storage, to keep the home free from clutter. Then they had an idea to cover the space around the perimeter of the house – up to a certain height, to still allow glimpses of the historical layers – with white panels that hide all the utilities behind them and create storage units.
This method allowed the designers to completely abandon the need for any freestanding furniture, except for a table and a sofa, giving a certain minimalist touch to the apartment. The same panel-storage units also surround the bathroom, above which a sleeping area has been created. The black volume of the closet, in which the refrigerator also hides, has been cantilevered as a separate element in contrast to the white environment.
The smooth panels contrast nicely with the old exposed ceiling, transforming the space into a blank canvas, which also magnifies the spatial perception of the home.
A few open shelves with favourite books and art objects and a wooden workbench table became a focal point in the centre of the apartment. The latter, in fact, becomes the convivial focus of the intervention, illustrating the power of creativity in confined spaces. Moreover, all the furniture, with the exception of the chairs and the lamps, were designed by the architects.
Looking at the Apartment G4 – the official name of the project – we can easily grasp the DA Bureau's great sensitivity to the pre-existing elements, without ever forgetting the needs of contemporary life: a real business card for the modus operandi of the Russian studio. 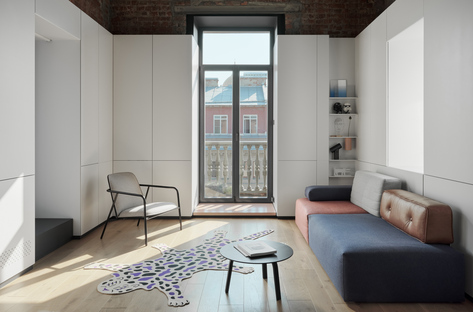 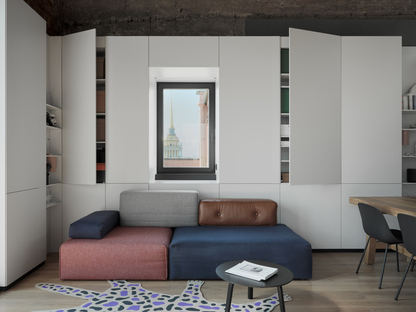 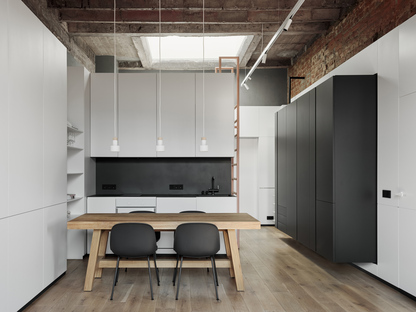 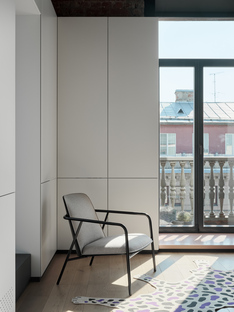 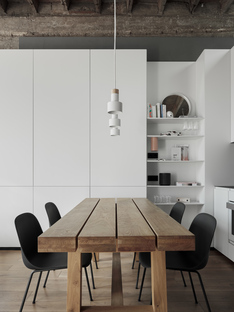 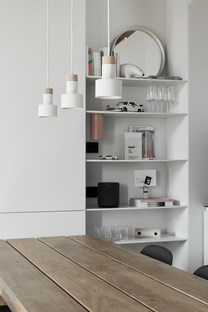 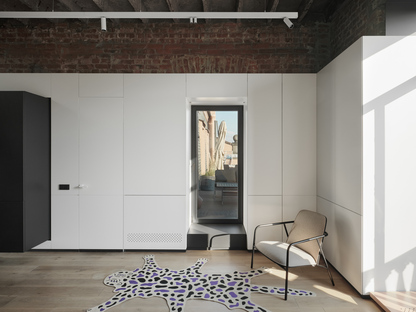 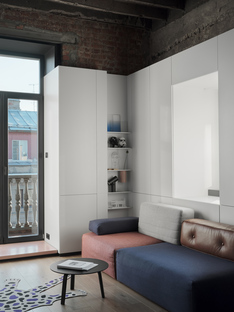 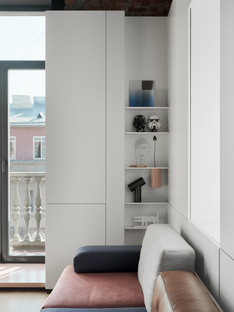 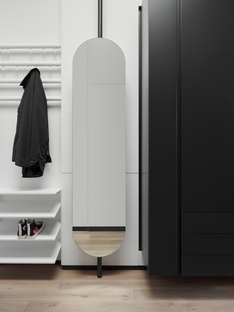 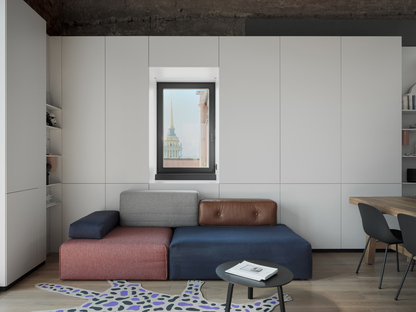 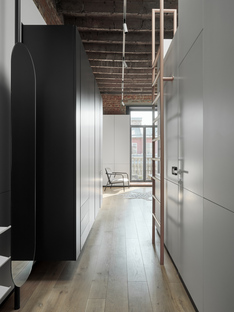 Mostra Manolo Blahnik. The Art of Shoes in Milan