British firm of architects AR Design Studio has completed The Crow's Nest, a holiday house on the south coast of England. 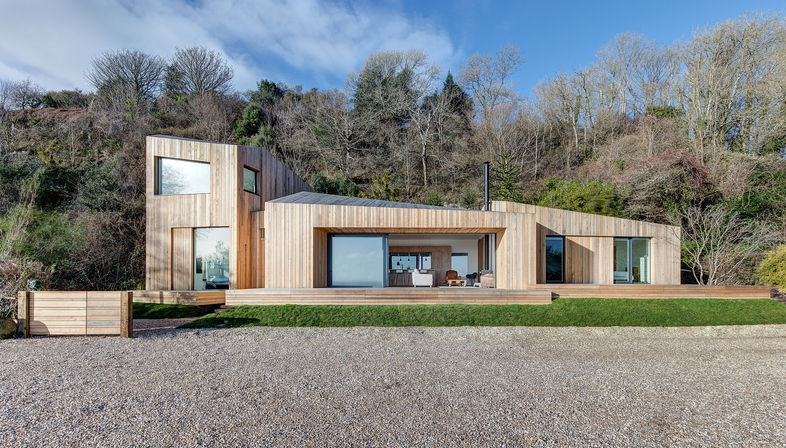 British firm of architects AR Design Studio has completed The Crow's Nest, a holiday house on the south coast of England. Here, architecture becomes a tangible expression of the idea of movement and fracturing.


The team from AR Design Studio were approached to design the extension of an existing holiday home on a scenic cliff top on the south coast. During the planning process, a landslip literally split the existing house in half, so AR Design Studio was then tasked with designing a brand new home.
Considering the precedent, to prevent future failure, the architects worked closely with engineers Eckersley O'Callaghan to come with an imaginative structural solution, and the idea of movement and fracturing formed the backbone of the concept.
A concrete slab was built into the ground, with a series of strategically placed dwarf walls built on top of that. A floating structural frame was then laid on top of the walls to act as an adjustable raft in case of future movement. Mechanical jacks can be positioned to securely re-level the house.
AR Design Studio started with a traditional cabin-like form, which was then split, twisted and rotated to create four pods. The smallest of the four blocks is the entrance, which leads into the central pod that forms the main living space. An opening from here leads to the two-storey tower pod, which houses the bedrooms; at the other end of the house, the right-hand pod consists of the guest quarters, which can be closed off when not being used.
It is all clad in larch wood, whose natural aging process with a grey colour helps the building settle into its natural surroundings. The large floor to ceiling sliding glass doors extend the living zone onto the timber deck to offer uninterrupted views across the Channel and assure engagement with the outdoors.
The Crow's Nest by AR Design Studio testifies that you can design in harmony with nature, and respond carefully to its geological idiosyncrasies and still retain the beauty of design. What we're saying is attractive - and safe - building is possible! 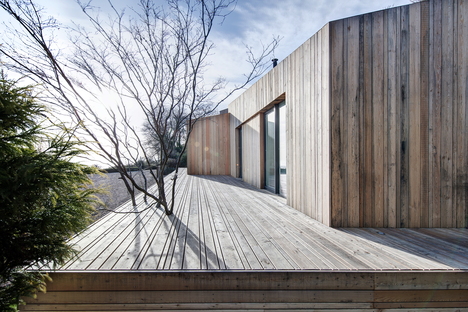 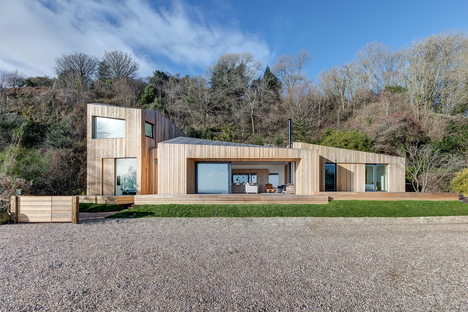 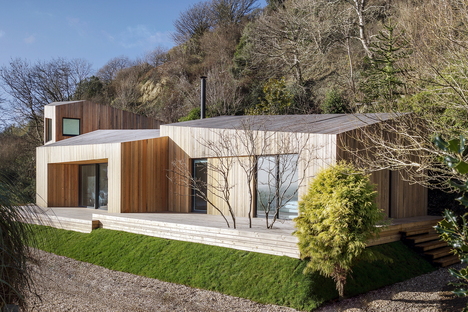 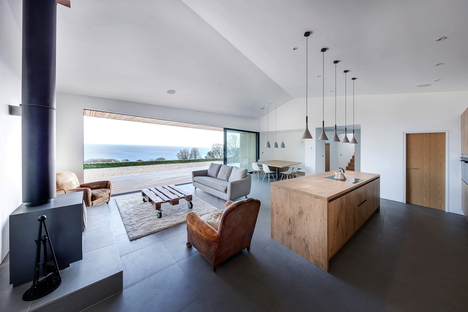 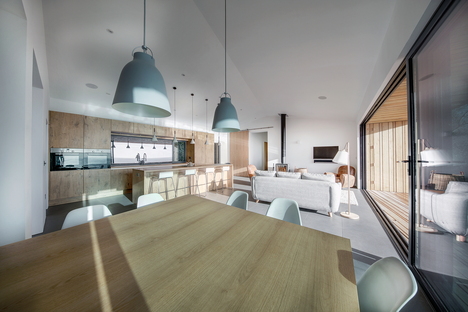 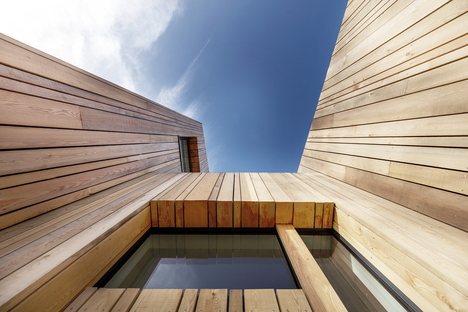 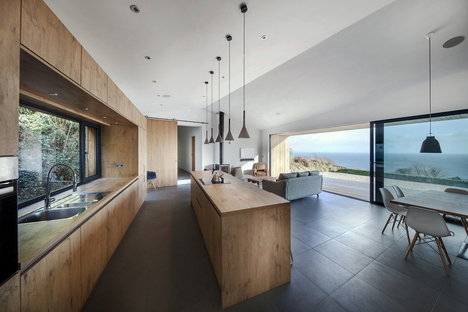 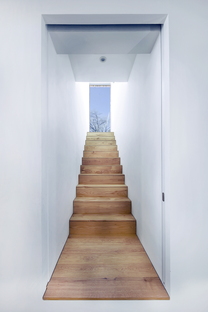 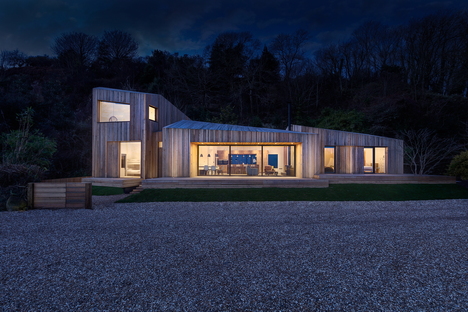 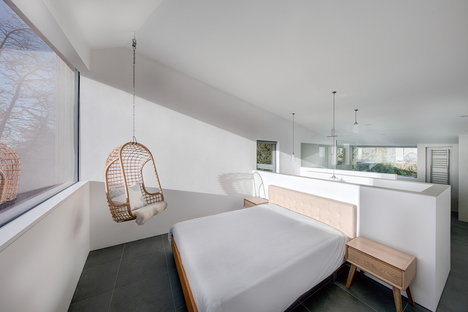 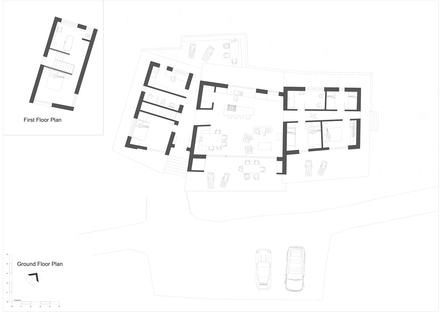