Built to plans by Architecture Studio YEIN, KIST Smart U-Farm offers an opportunity to symbolically restore the links between the Korean Institute of Science and Technology and the South Korean district of Gangneung, where it stands. 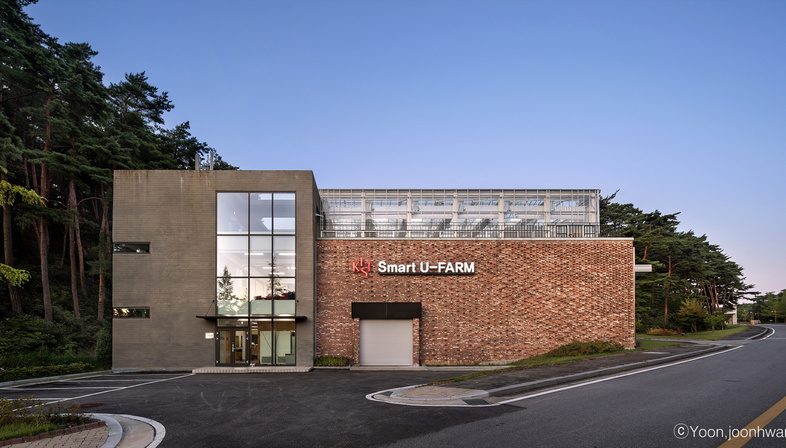 The KIST Smart U-Farm, the new Gangneung campus of the Korean Institute of Science and Technology, was created with the architectural expectation of a scientific pavilion similar to the buildings already standing in the area. But Architecture Studio YEIN’s project introduces two elements of distinction, a bond with the land modified to contain the Institute’s first buildings, and the urgent need to create a visual landmark at the entrance to the complex.
KIST, the Korean Institute of Science and Technology, was established in Seoul in 1966 as a multidisciplinary institute for advanced industrial research. The centre’s scientific and practical discoveries made an essential contribution to the country’s economic growth in the seventies and eighties. The institution has campuses in various locations, including Gangnueng, the masterplan for which required major excavations to level off naturally hilly land. This operation was interpreted by Architecture Studio YEIN as a sort of debt to be paid to the landscape with a symbolic act in the design of the Smart U-Farm.
At first the Smart U-Farm was intended to contain only spaces and facilities for cultivation of plants for the conservation of native species; only later was the scope of the project broadened to include a greenhouse. The project, designed to fit into a specific amount of land, was raised to make space for this additional function, creating a construction that stands out in the landscape, in which the all-glass greenhouse creates a symbolic image.
On the basis of this idea, the project was divided into three different sections: the building containing the offices and distribution area, made of bare concrete, the building containing the cultivations, covered with brick, and the glass greenhouse above it.
The greenhouse, easily recognisable and highly visible with its archetypal form, has become a significant element with no need for particular gestures and guided the definition of the other volumes.
With absolutely no dialogue with the exterior, the brick volume on two levels containing the cultivations attracts the attention its importance deserves. Great care is taken to maintain sterility in the building’s relationship with the outdoors, without any windows so as to ensure total isolation.
The compact, impenetrable mantle of brick becomes a blank piece of paper on which to rewrite local history. And so Architecture Studio YEIN draws inspiration from the topography of the place for the pattern on the two walls facing the street and the entrance. They come to life in the resulting “bas-reliefs”, encouraging people to take a closer look at the land, as an environment in perpetual transformation. The surface contrasts sharply with the greenhouse volume, but is equally symbolic and capable of suggesting the functions it contains. 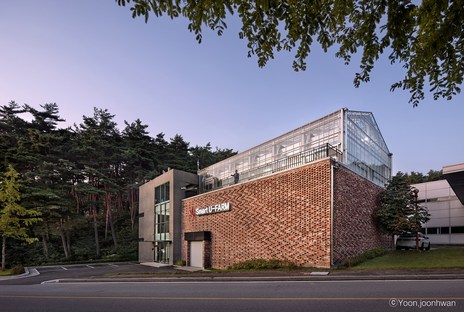 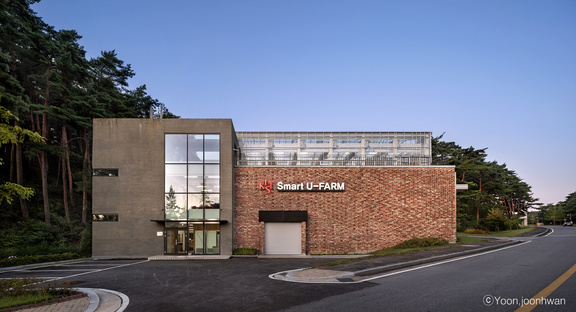 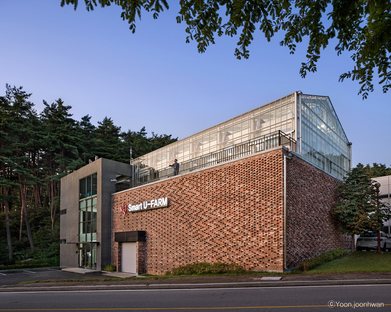 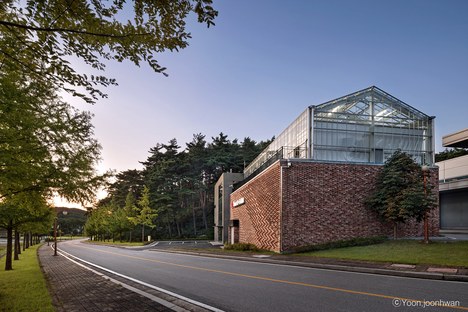 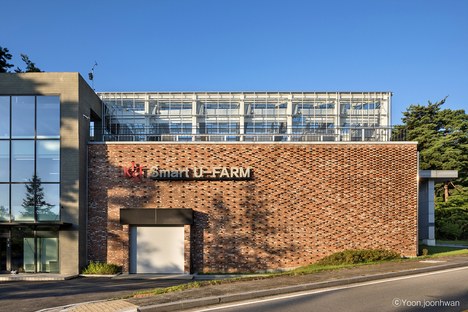 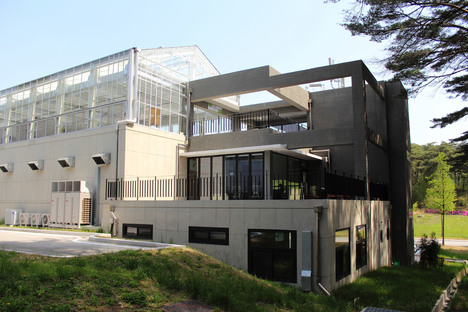 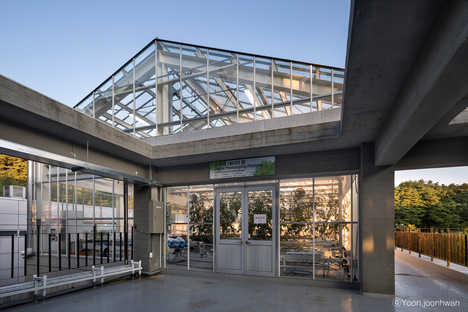 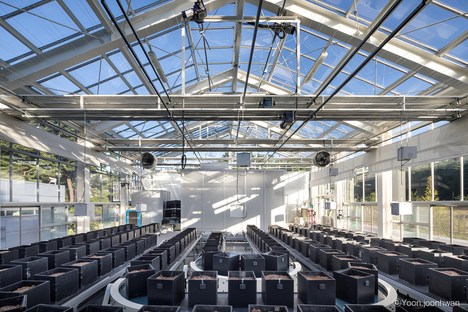 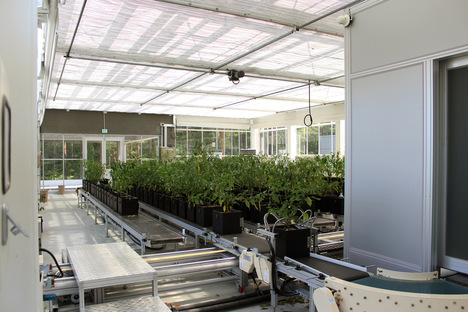 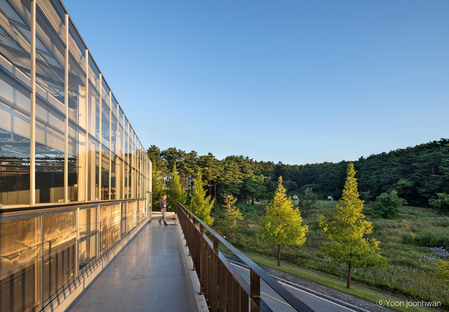 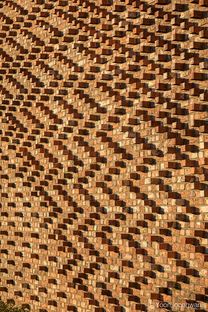 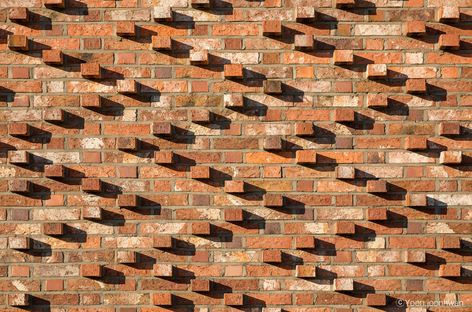 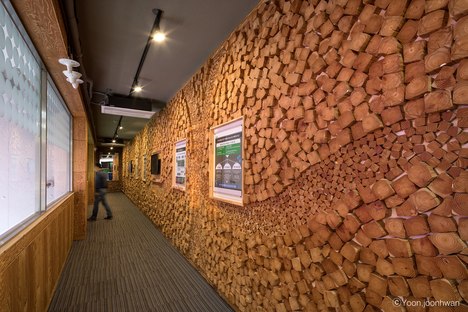 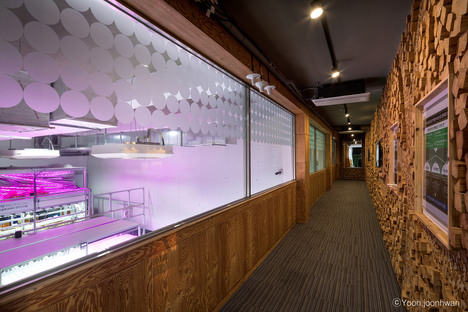 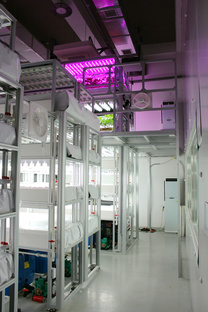 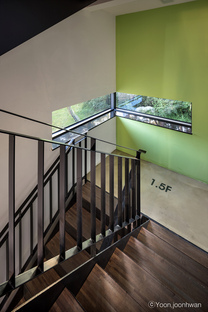 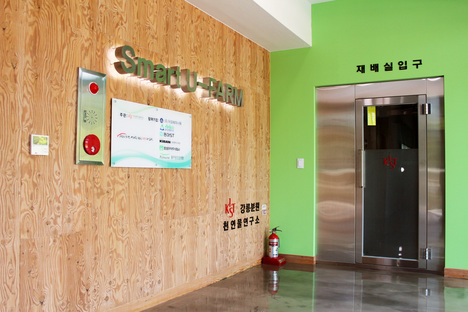 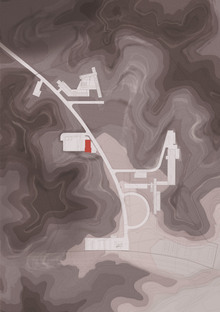 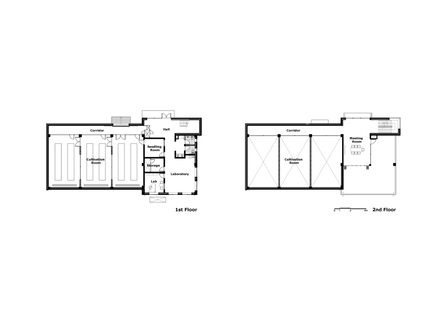 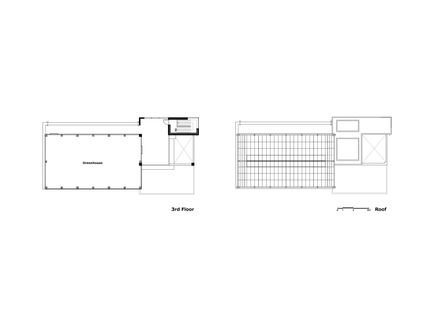 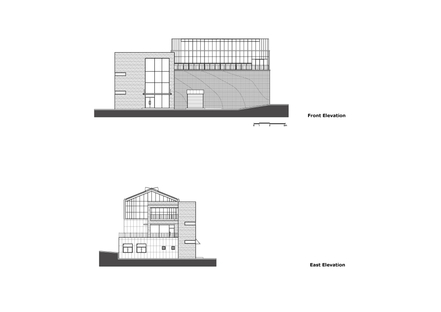 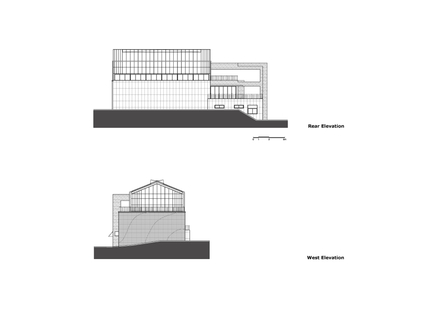 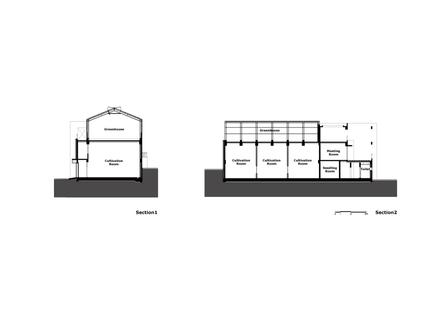 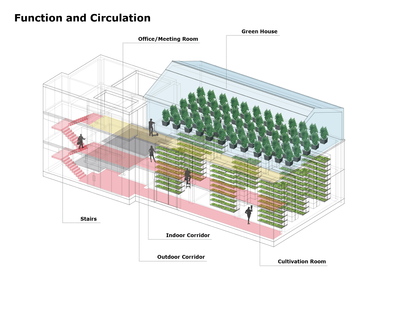