BIG and WeWork designed the first WeGrow school in New York City, in which architecture serves a new conscientious approach to education for children aged three to nine. This is not the first time BIG has designed for children. Just one year ago the studio completed and opened The Home of the Brick, the LEGO House which the architectural studio founded by Bjarke Ingels designed for the historic Danish toymaker. In the LEGO headquarters in Billum, as in the new project in New York City for WeWork, the first WeGrow school, BIG uses architecture to stimulate creativity and learning. In the LEGO HOUSE, as Christiane Bürklein noted when she presented the project in Livegreenblog, the ordinary experience of playing with building bricks is given an urban, public dimension, getting guests of all ages involved in an interactive experience. In the WeGrow school, architecture serves a new conscientious approach to education for children aged three to nine, building an interactive learning landscape to stimulate the growth, spirit and mind of the 21st century child. 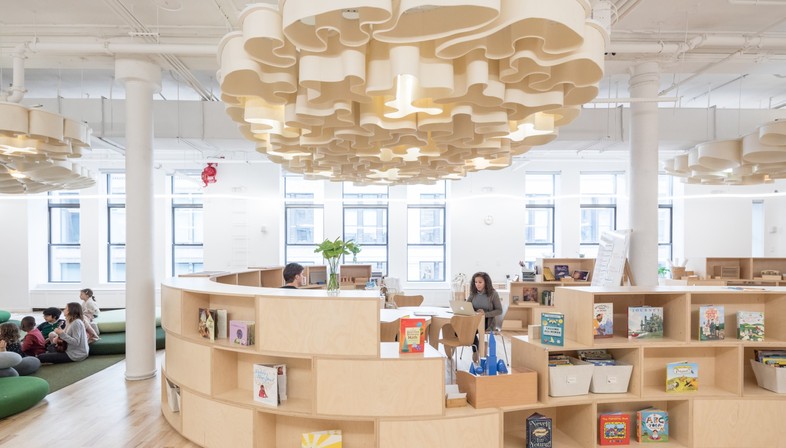 The school stands on a 930 sqm area on the WeWork premises in Chelsea in Manhattan, New York. WeGrow is the first school to be opened by WeWork, a multinational provider of coworking services with a global network of workspaces and shared offices. The school interprets the company’s mission as it applies to children: providing a service that is essentially for people, based on the idea of building a community around each location through initiatives and services for users, not simply providing a shared place in which to work. The school designed by BIG consists of a series of spaces in which a number of functions can be performed and children can move freely about during the day, learning from their environment and their constant interaction with one another.
The design of the spaces and rooms in the school aims precisely to encourage collaboration among the children. Great importance is therefore assigned to the common areas that constitute more than half of the school’s surface area. The school, intended for children aged three to nine, is composed of four classrooms, flexible workshops, common areas, a multi-purpose studio, an art studio, a music room and other play areas that stimulate children’s creativity and provide opportunities for them to meet and play together.
Each space is conceived and designed for interaction and to provide stimulation for the smallest children, so that, for example, spaces are divided by clear glass, and most of the dividing walls are at the children’s height. These solutions allow daylight to fill the interior of the building while providing teachers with a clear view of the entire space. Shelving and dividers are provided by curved lines that convey a sensation of comfort and security. The space also has suspended elements, some of which are unusual play spaces while others are “felt clouds” of different shapes which are illuminated by special lights in different colours at different times of day. 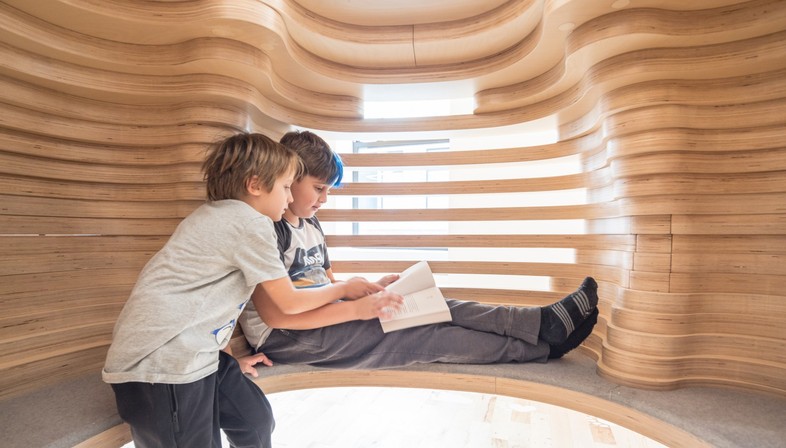 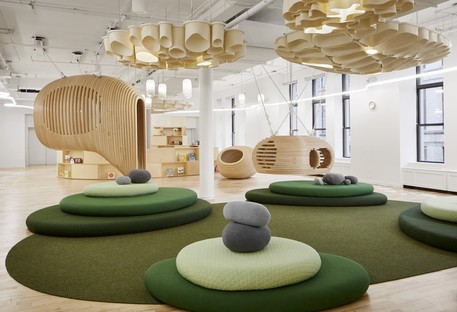 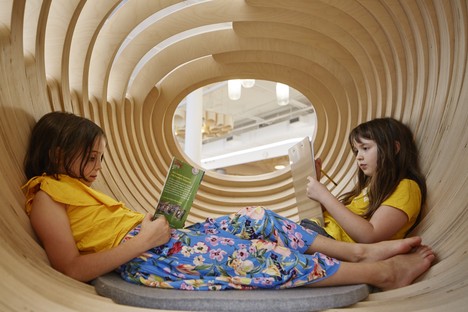 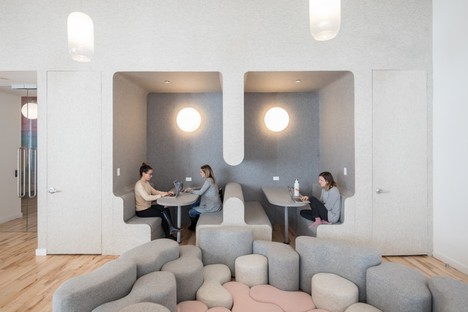 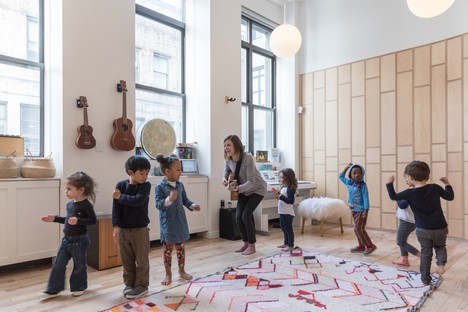 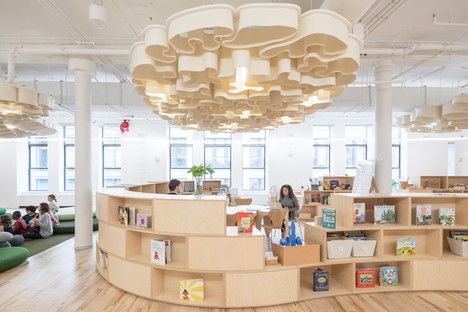 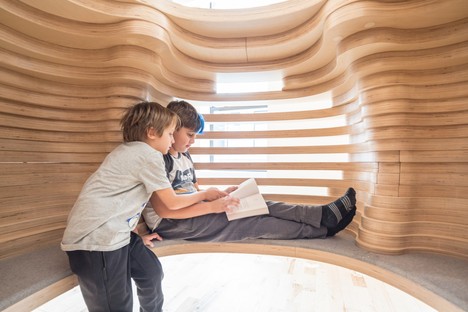