International passengers arriving at Seattle-Tacoma Airport in the United States will be greeted by a scenic and impressive overhead walkway designed by Skidmore, Owings & Merrill (SOM). A replacement for the previous structure built 50 years ago, the new walkway is certainly the most complex intervention at the airport in the last seventy years, and it offers a spectacular welcome to passengers arriving into the city. 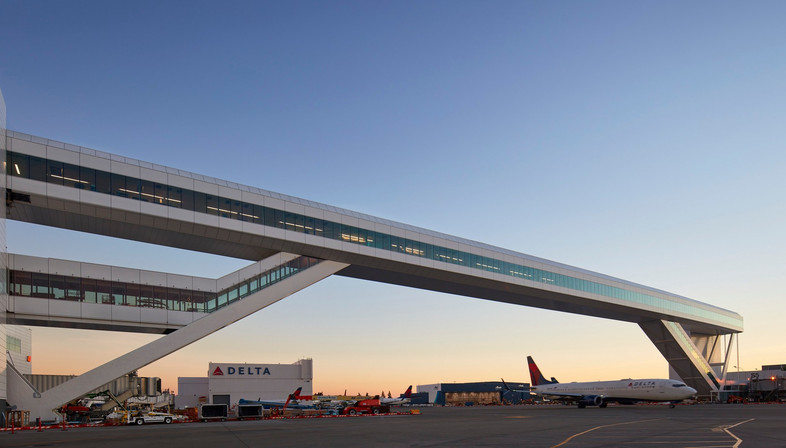 The design of the new overhead walkway at Seattle-Tacoma International Airport by the architectural firm Skidmore, Owings & Merrill (SOM) is a perfect combination: a technically and technologically advanced structure, of artistic merit, user-friendly for passengers and in harmony with the Pacific Northwest landscape.
The new International Arrivals Facility (IAF) replaces an earlier one, built 50 years ago, and the project also repurposes the existing Concourse A to create a security corridor serving both international and domestic flights.
The space available at the new IAF is five times larger than before; the international gates have increased from 12 to 20, plus the user experience has been greatly enhanced due to the new 450,000-square-foot multi-level space thatcan easily accommodate the arrival of 2,600 passengers per hour.
The iconic structure of the new walkway, a distinctive feature of the entire project, offers a spectacular reception to international guests arriving into the city. The walkway allows 360-degree views of the entire Pacific Northwest landscape, the Olympic Mountains and the Cascade Range with Mount Rainier. It also allows aircraft to be seen moving through the airport and towards the boarding gates. The pedestrian route ends in the large, light-flooded space of the IAF Grand Hall, enlivened by a number of specially created works of art on site: “Magnetic Anomaly" a series of three kinetic art works by the artist Ned Kahn, "Chalchiutlicue" a colourful sculpture by the artist Marela Zacarías made of five pieces floating over the baggage claim area. The interior design of the space features several elements and materials that evoke the natural characteristics of the Pacific Northwest, such as the grove of evergreen trees bordered by the exit path that culminates, at the ground level, in a landscaped stream with indigenous ferns and plants nestled between granite slabs. 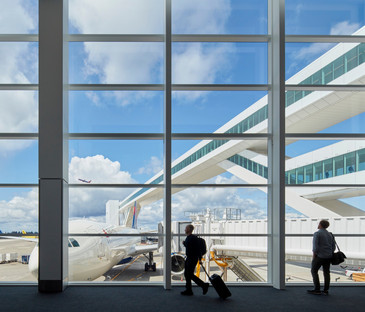 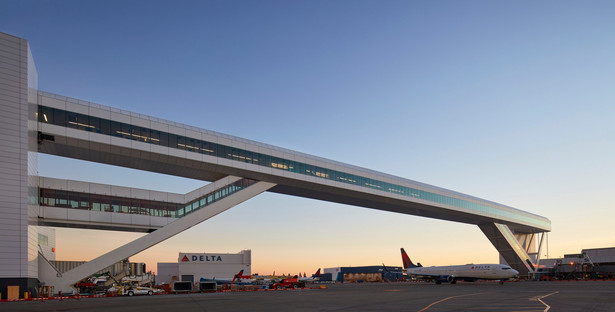 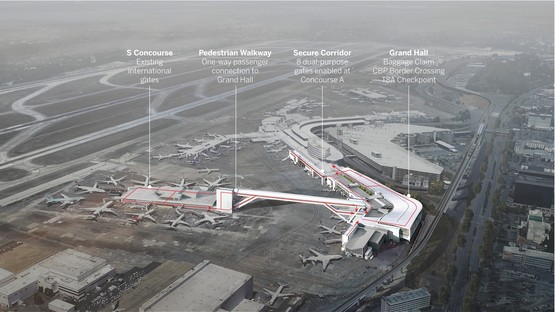 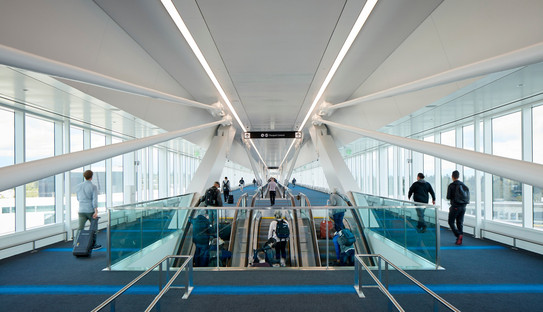 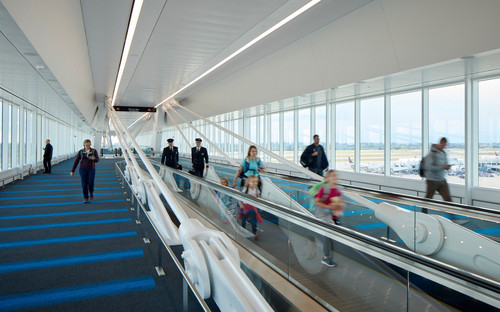 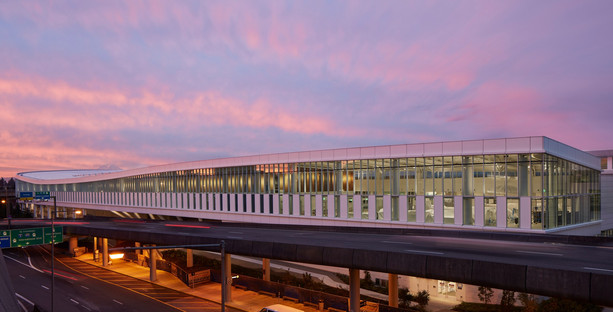 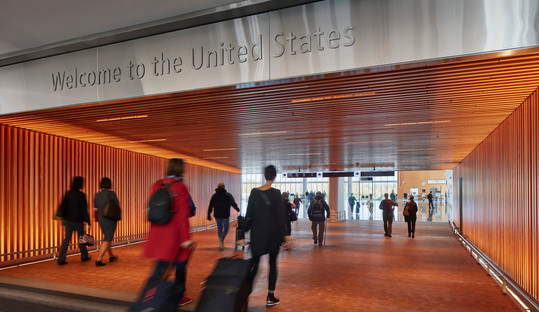 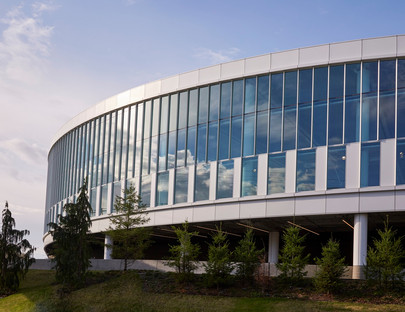 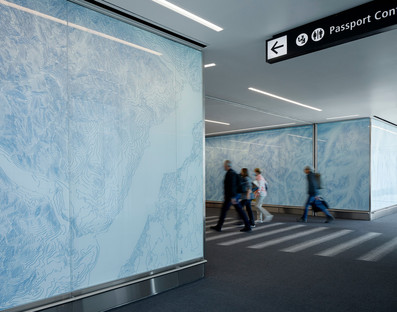 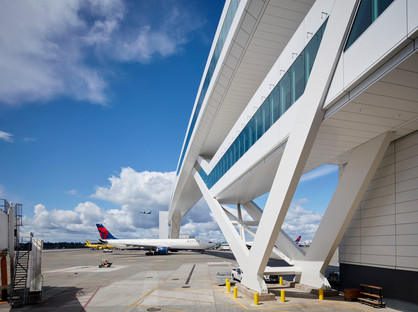 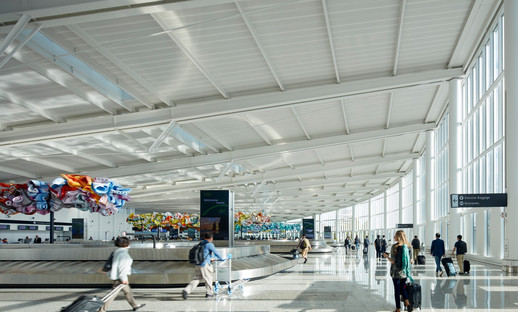 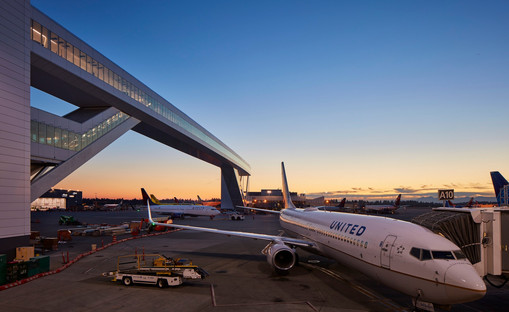 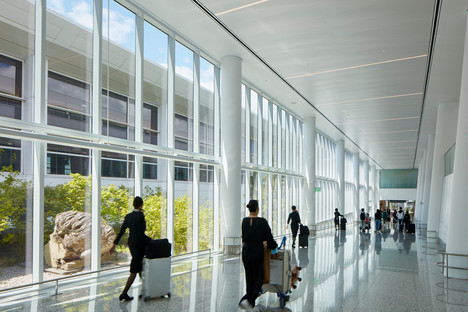 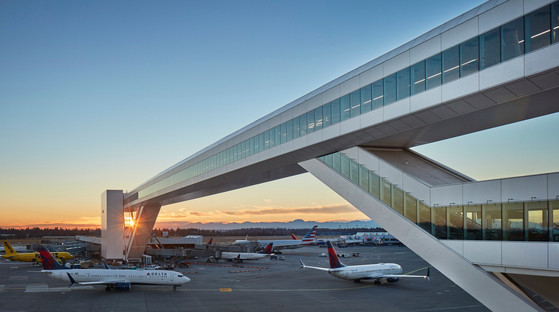 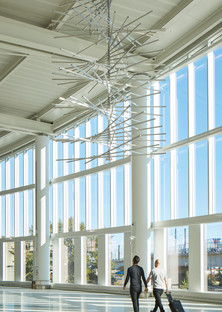 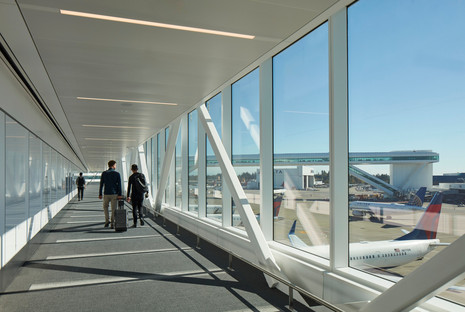 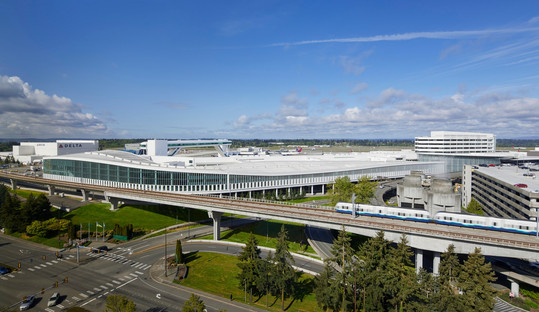