Nature dialogues constantly with architecture in two projects by architect Bernardo Bader, a chapel and a mountain lodge in the Austrian Alps. 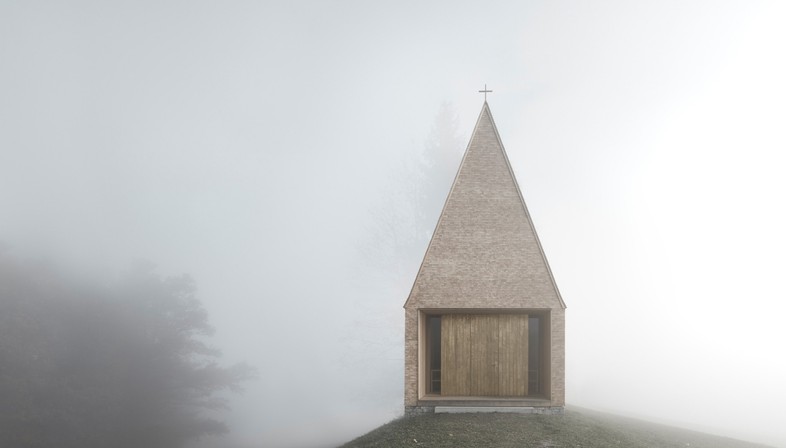 Profound awareness of the natural world or urban context in which a building stands is a key feature of the projects of Austrian studio Bernando Bader Architekten, as emphasised by Mara Corradi in her presentation of the Islamic cemetery in Altach, winner of the 2013 Aga Kahn Award for Architecture, a project with profound historical and cultural significance in which the choice of materials and a careful focus on colour contributes to the specific feel of the site.
In the two projects under examination here, a chapel and a mountain lodge in the Austrian Alps, the natural surroundings dialogue constantly with the architecture, becoming an essential part of it. 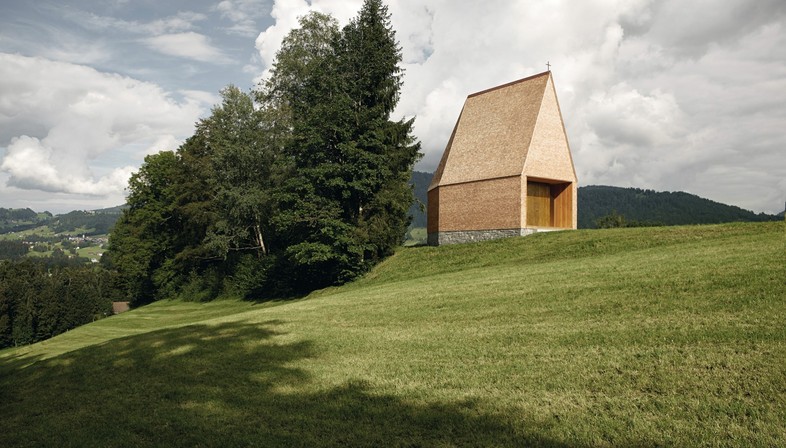 Bernardo Bader’s Salgenreute Chapel in Krumbach won numerous awards, including the 2017 Piranesi Award, the Best Architects Award 18 and the 2017 International Architecture Award presented by the Chicago Athenaeum, among others. As the 200-year-old chapel could not be renovated, the architect designed a new structure that preserved its layout with a single nave and an apse. The new timber building constructed on the stone foundations has been called a project about “the dialogue between place and person”. Its strong point is definitely the ability to combine architectural form and space with spirituality, nature and light . The project is a virtuous combination of architecture and local building techniques using wood as a construction material. On the outside we see the combination of stone in the foundations and timber in the upper part, while the interior has homogeneous timber cladding on the walls and roof. Light from the window in the apse pervades the space and creates a special atmosphere. Worshippers entering the chapel set out on a spiritual path that joins them with divinity and all creation. The eye is immediately drawn to the apse, where the statue of Mary is flooded with light from the window reflected on the walls. The chapel was built with the involvement of craftspeople, architects and volunteers. The colour of the walls of the building will change with time due to the action of the sun, which will be different on each side of the building; the result will make the chapel look similar to the local farmhouses, with a black wall on the southern side and a silvery grey one on the northern side. 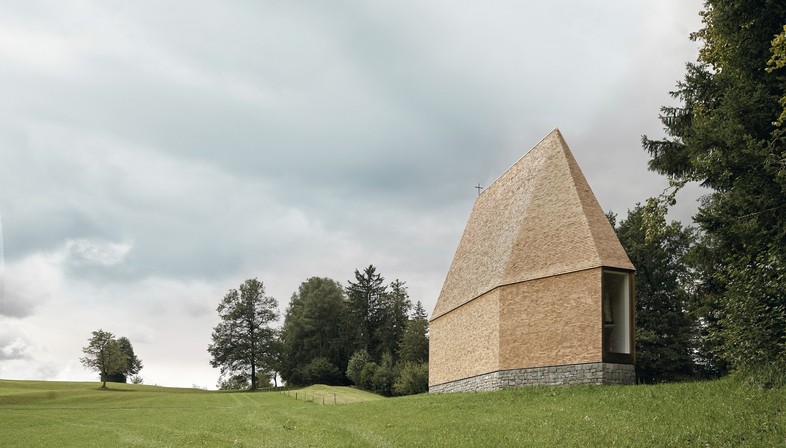 Leaving the hills behind and venturing into the mountains, about 2000 metres above sea level at Lech, in the well-known ski resort area of Arlberg, architect Bernardo Bader designed Wolf Ski Lodge. The building with a big gabled roof is perfectly adapted to its natural surroundings and situation; the architect returned to the shape of traditional timber mountain lodges, preferring reinforced concrete rather than stone for the foundations. 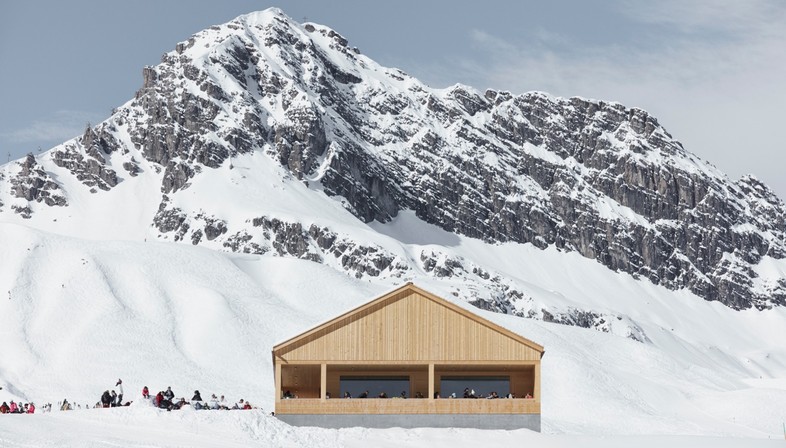 The lodge attracts visitors both in winter, when it can be reached via the ski lift, and in summer via a beautiful mountain path. The café in a space of double height becomes the centre of the composition, separating the kitchen from the two guest rooms, while the big open fireplace keeps the place warm. On the outside, a big covered arcade allows visitors to enjoy the view from a sheltered position. 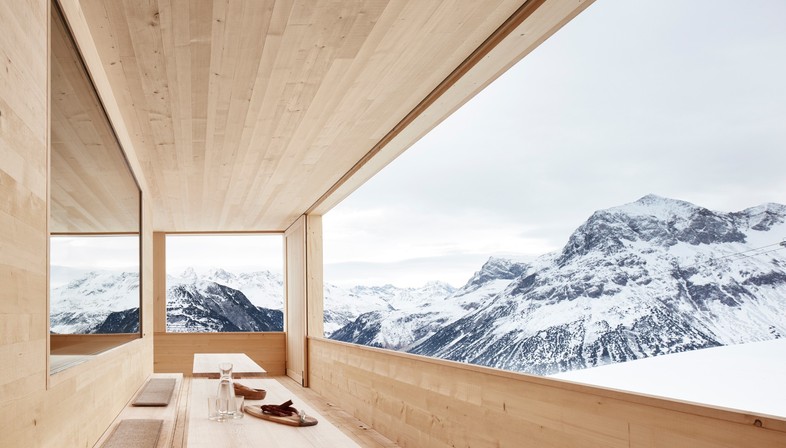 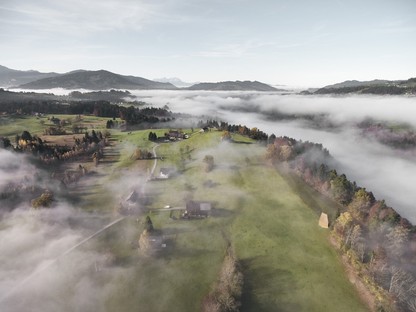 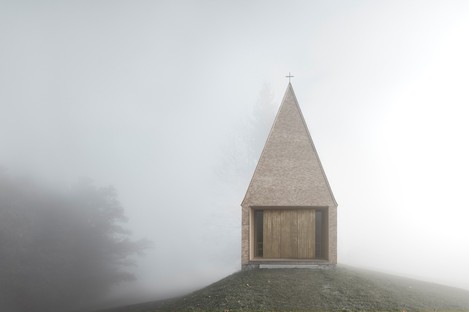 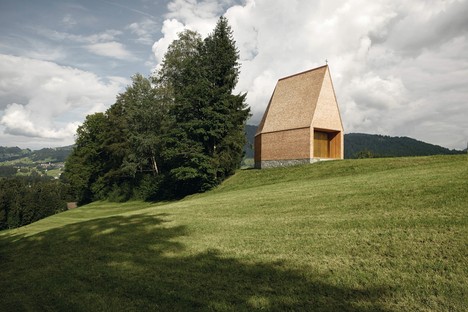 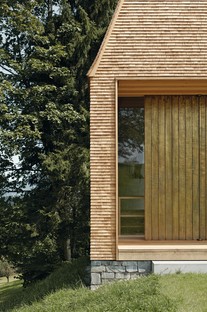 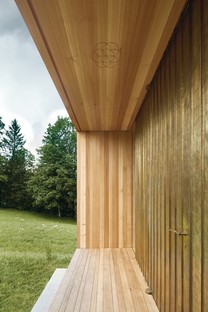 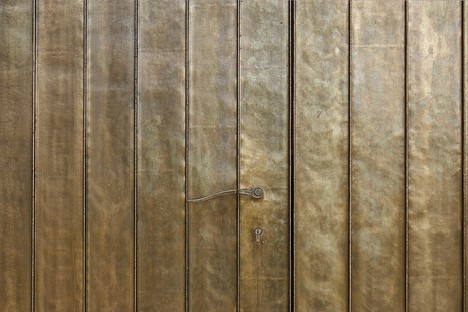 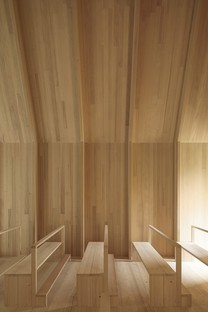 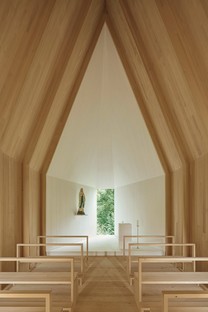 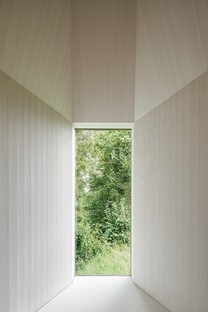 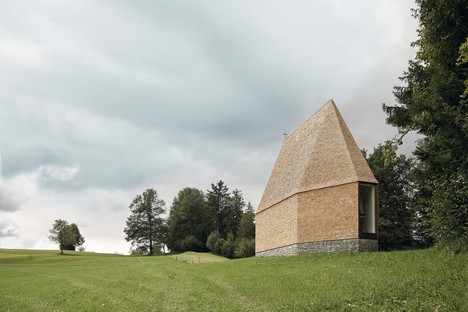 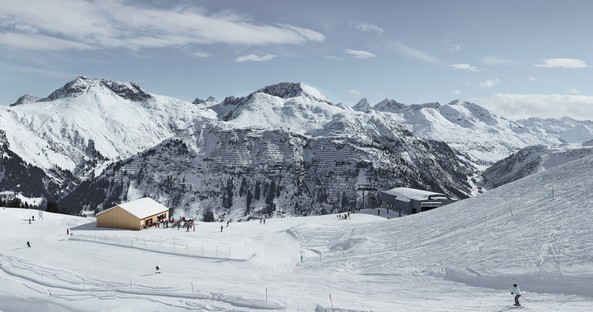 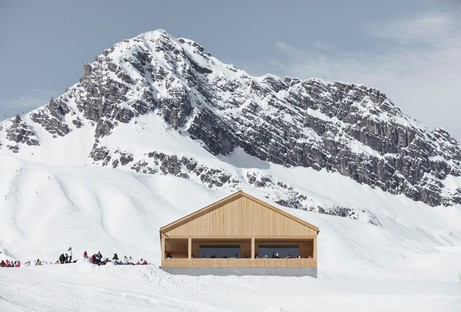 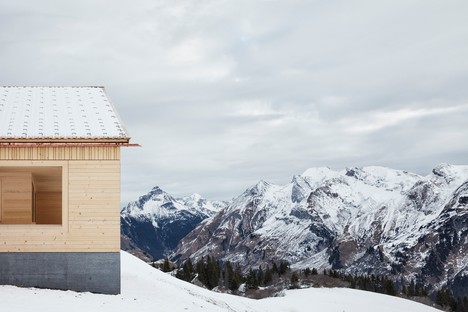 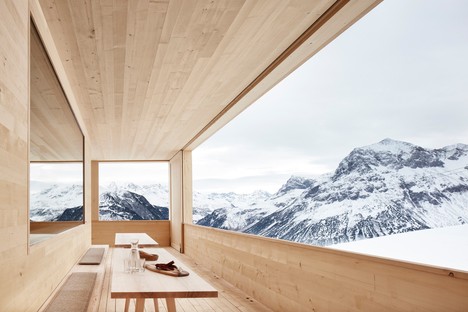 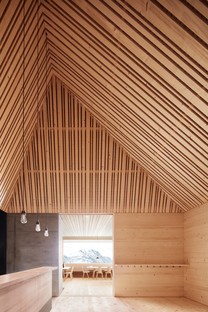 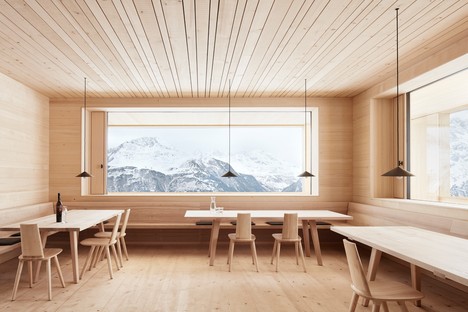 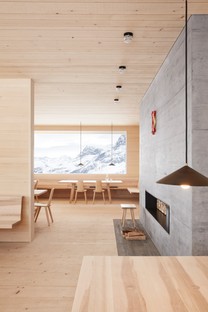 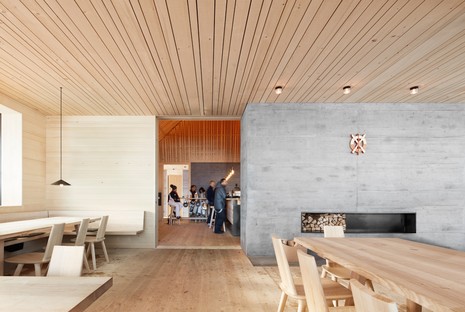 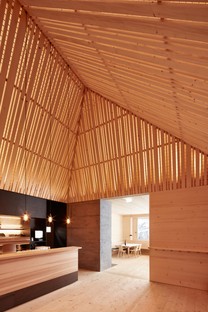 The winners of the 2017 International Piranesi Award