A steel 3D theatre, the Infoversum in Groningen

In Groningen, Archiview has made a 3D multimedia theatre for art, science and business 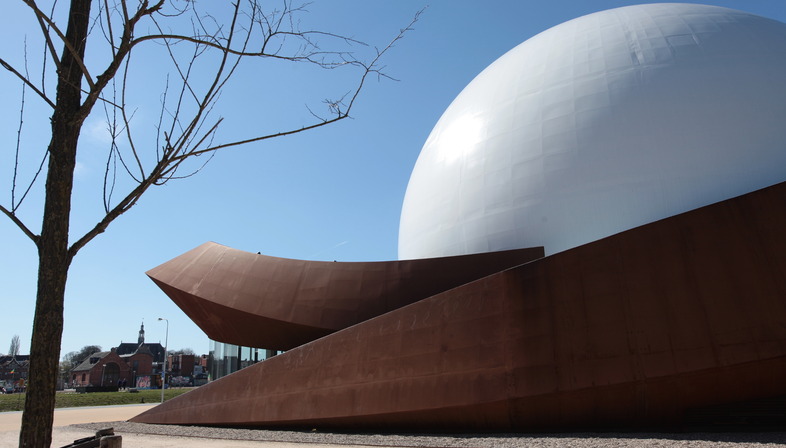 In Groningen, Holland, there is a theatre, by Archiview, that has become a district icon. Created for 3D shows, it is made entirely of steel. The shape of the building is due to the technology of these cinema shows, requiring a screen with a spherical surface. This fact gave rise to the shape of the theatre itself, so that its outside is just like its inside.

The absurd spherical neoclassical house for the country policemen by Ledoux, just like Boullée's monument to Newton, find their nemesis in this project that effectively brings together neoclassical inspiration and modern technology.

The impulse felt by Edwin Valentijn, professor of astronomy at Groningen University, gave him the clue to implement this project, one of those that are often seen at Universal Expos but afterwards they are not always able to find a place in a contemporary town. Here, however, an urban area has been obtained that could provide a stronger thrust for spreading scientific knowledge at various levels and not only.

The project is made up of a steel sphere painted white and immersed in a wave, also made of steel but this time oxidised, which make the discovery of the pure volume placed inside it even more interesting. The 265 multi-purpose seats positioned under the metal dome, where there is room for 400 people to stand, are reached through a foyer featuring an athletic and casual shape. The surface area is 1,350 square metres and the whole project has a self-supporting monocoque structure, in that it exploits the shipbuilding technology on which the ultra-thin surfaces of ships' hulls are based. These steel surfaces are stiffened against one another by means of joining together sections and tie plates, in such a way as to create more or less continuous ribbing, in which the supporting part and the supported part work together structurally to an almost equal extent. This is ship-building technology, this being the core business of CIG, which in this case has been transferred to architecture.

The Infoversum has a 23-metre wide dome and a 20x20 metre screen, and thanks to the 8 projectors, and aided by 60 speakers and 4 subwoofers, a high cinematographic performance is obtained, as films that spread knowledge of scientific, artistic and business subjects are shown.

The white-painted surface of the sphere lends itself to an effective play of outside lights that transform the building into an architectural sculpture which, on transition from day to night, knows how to change its look very easily, becoming in its simplicity an urban landmark. 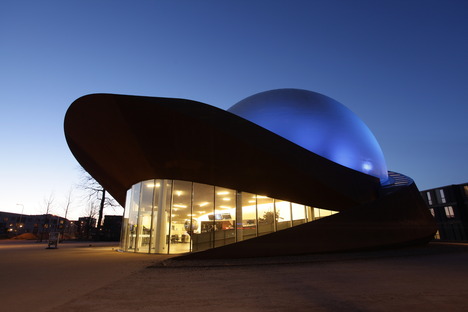 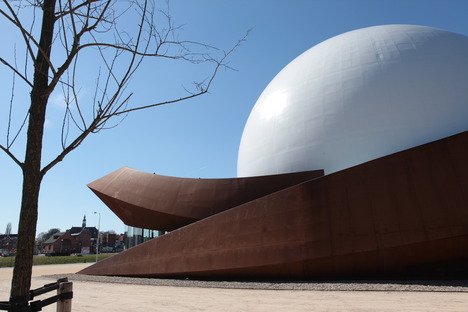 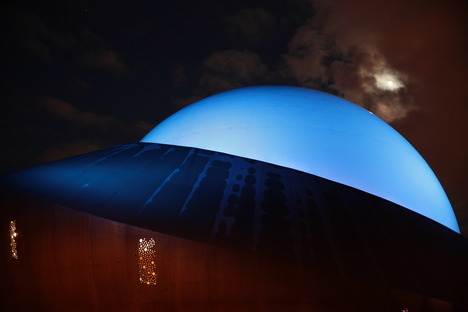 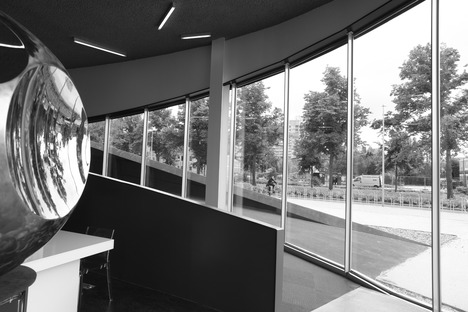 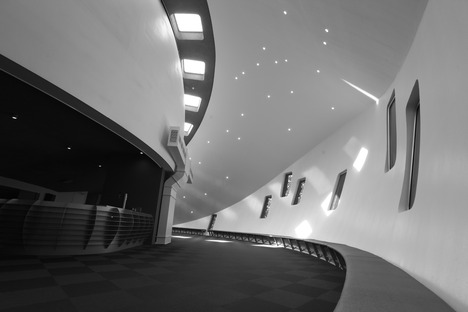 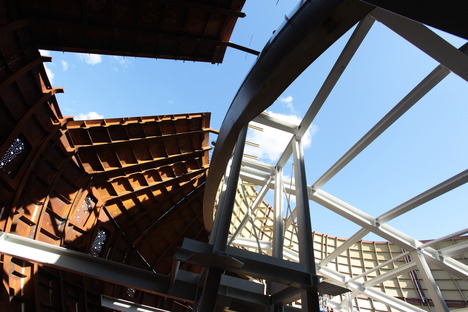 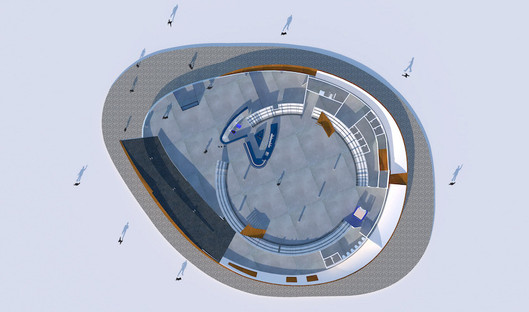 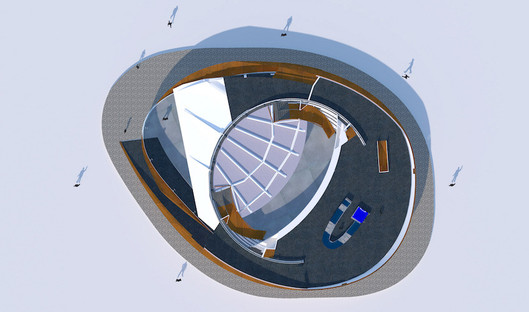 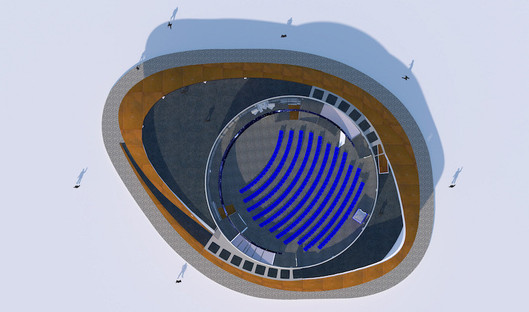 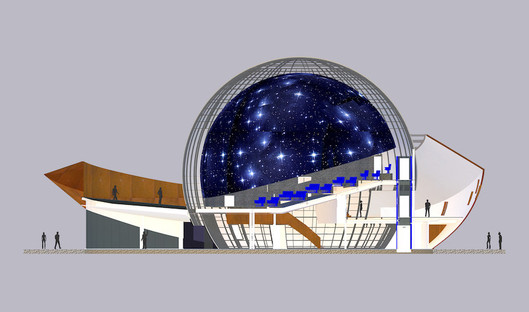