On the outskirts of a historic neighbourhood, Dorte Mandrup has built a gym connecting old and new volumes with polycarbonate 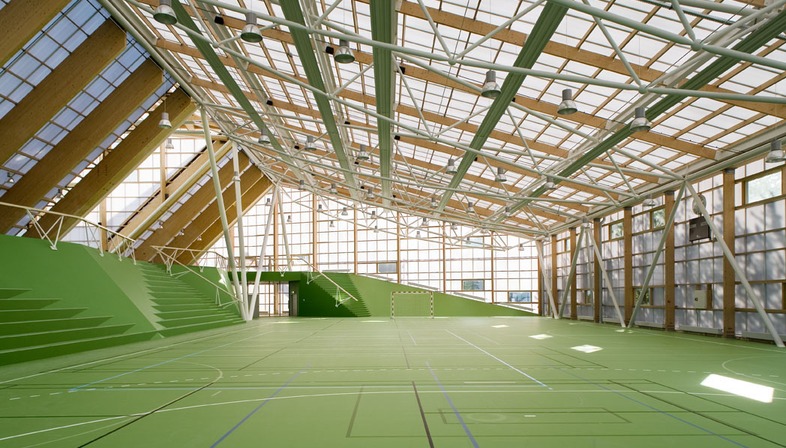 A sports centre in a high density residential neighbourhood in Copenhagen has become a landmark with its cladding made entirely of polycarbonate.

Dorte Mandrup created a sports centre playing field at the end of a block of historic buildings with inner courtyards, visually linking the old buildings with the new sports complex via a straight downward line. Thus they obtain a volume with a multi-faceted top that is the essence of simplicity, but cannot be described as banal.

The bright green playing field is visible through the polycarbonate skin bordering the volume to provocative but youthful effect, triggering a positive reaction in viewers observing the sports facility and the unusual way it connects with its surroundings. The classic architecture around the field is mirrored in an unusual colour.

And that’s not all, for the structure is by no means ordinary despite its simplicity. The glulam beams it is made up of reach the height of the roofs of the adjacent buildings, curving around the steel joints a couple of times so that they do not appear to be a solid mass. This visual design gives them a characteristic shape, created by lightening the wooden beams through the structural action of steel grids along their flexing lines. Lastly, the architects positioned the cross bracing to look like original variations on known metal structures, adding interest to the grid of girders and pillars that we see.

The playing field is lit up with ordinary spotlights, which contend their visibility with ball joints on the struts. So while they appear smooth and prismatic from the outside, on the inside they recall the paper walls of Japanese homes.

The stands have an unusual shape because they must leave room for other areas used by the athletes, and for the great hall serving as Culturehouse, built on top of the locker rooms. In short, two functions are combined here which are not normally put together in a single building. 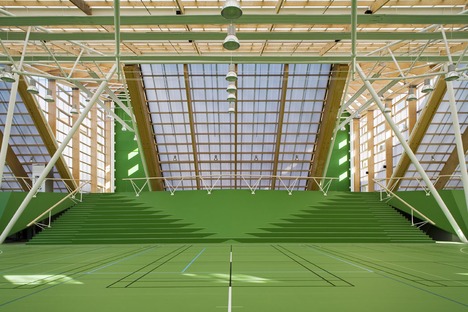 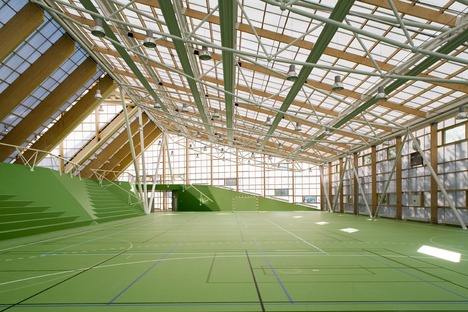 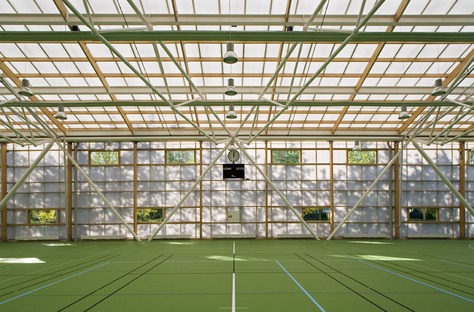 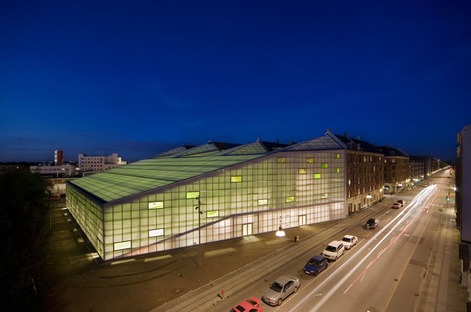 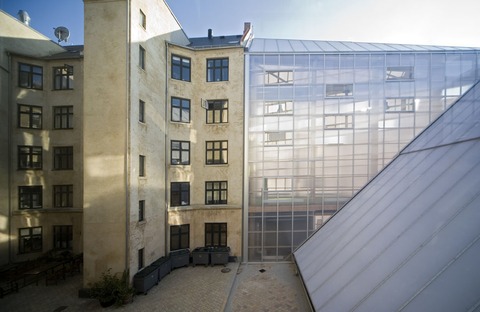 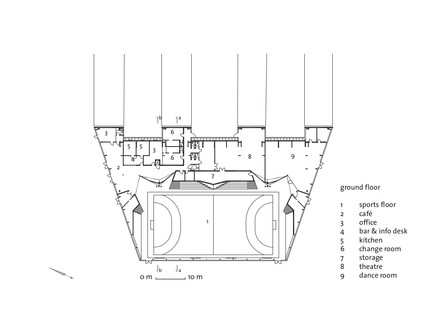 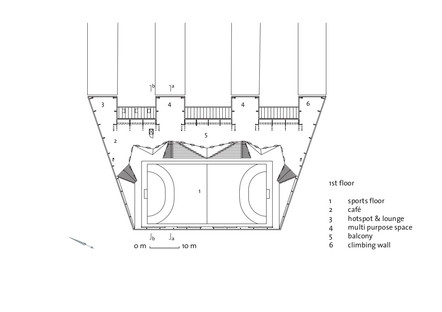