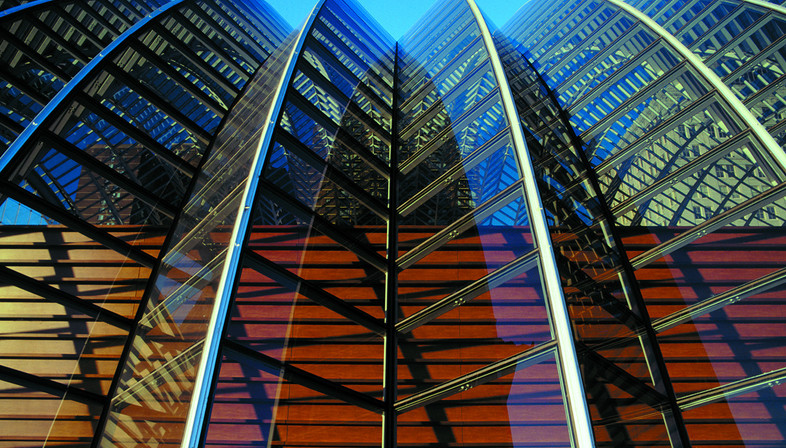 Rafael Viñoly has designed a building featuring a brick base and a glass and steel roof made with a jagged round-arched vault, under which is a multi-purpose centre containing Verizon Hall, home to the Philadelphia Orchestra.
Rafael Viñoly won a contest in which thirteen alternative schemes were presented that explored the positioning of the halls, lobbies and event spaces within a single perimeter building. And not only this, but, in a centre which is to promote the neighbourhood with its internal functions, it is also home to the Philadelphia Orchestra, a flexible theatre of cutting-edge design.
Verizon Hall has 2500 seats and applies the acoustic principles of the cello on an architectural scale: the music space inside it is made of mahogany and shaped like a cello. The hall has the unusual property of being able to move special doors on its sides with the aim of increasing its natural resonance so that sound flows into specially designed reverberation chambers between the outside and the inside of Verizon Hall, measuring 4.8 metres wide so that they fill the interstitial spaces. This design expedient compensates the sound-absorbency of the upholstered seats and the spectators themselves, limiting the need for use of sophisticated panoramic microphones during concerts. The result is that sound naturally reverberates in even the farthest corners of the stage and the hall, promoted by a special adjustable panel on the stage which improves the flow of sound from the orchestra toward the audience in a way appropriate for the music being performed.
The Kimmel Center also includes 650-seat Perelman Theatre, with a convertible stage which makes it particularly versatile for spectators of all kinds, satisfying playwrights and theatregoers. 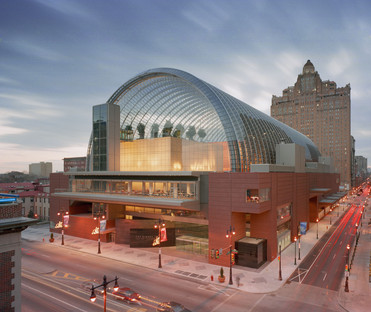 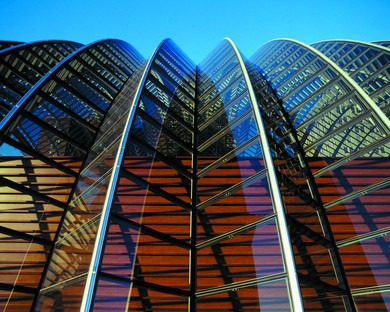 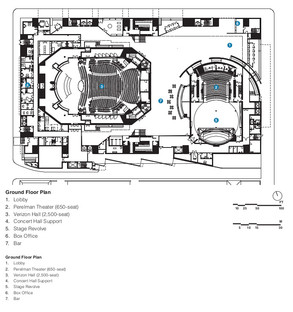 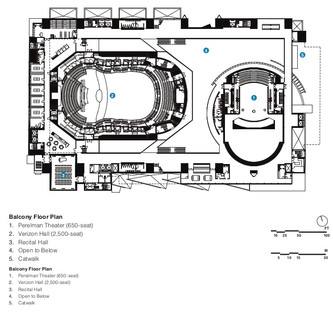 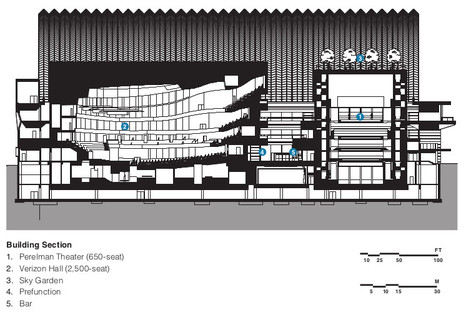 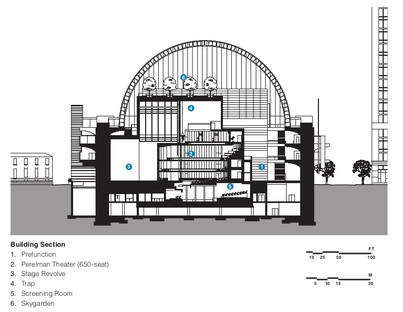 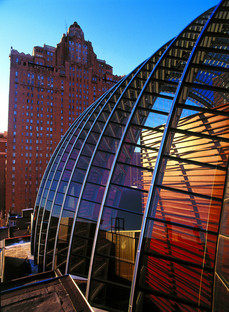 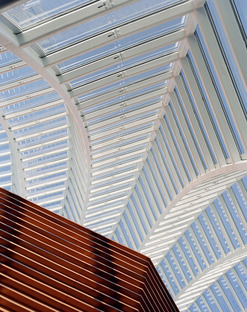 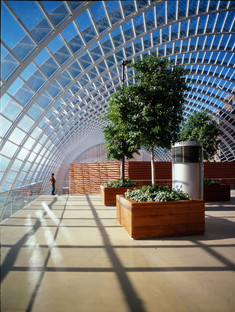 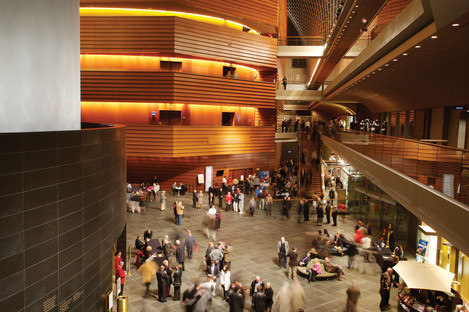 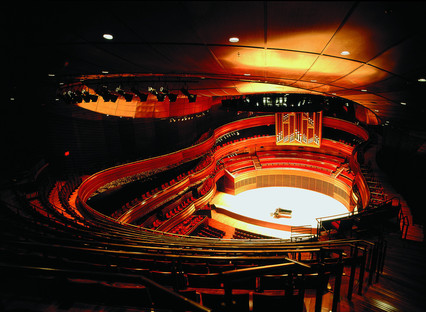 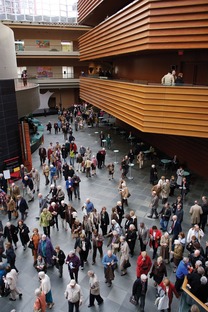 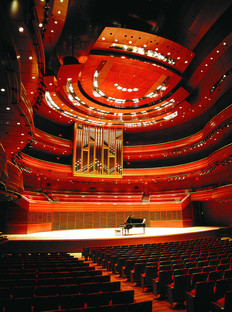 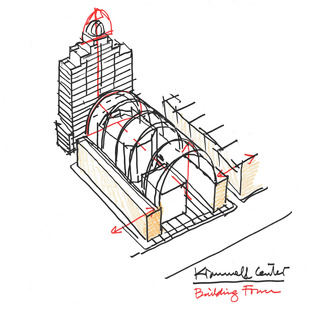