The new Palais de Justice in Paris designed by Renzo Piano Building Workshop is a composition of steel and glass volumes rising upwards, with photovoltaic panels winding over the glass surface like punctuation marks, adding interest to the whole and creating an unusual building. 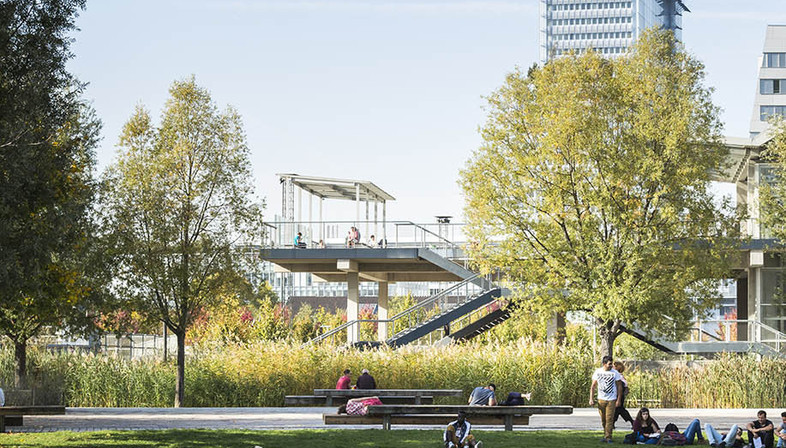 Renzo Piano Building Workshop (RPBW) designed the Palais de Justice in Paris with walls made entirely of glass and steel, using photovoltaic panels which are not coplanar with its surfaces to add character.
The new building is made up of three vertically separate volumes, creating what the French call an IGH (Immeuble de Grande Hauteur), in that its height of 160 metres is not enough to classify it as a true skyscraper. This is because the element towering above all the others rises up from two bases that launch it upwards, one referred to as the ERP (Etablissement Recevant du Public) and another known as the Bastion. When the building was designed, the area where it was to be built had some complex issues, inspiring the architects to create a design and a symbol of value that fits easily into the urban fabric. The principal critical points were connection with logistics services of essential importance such as the metro system and the streets, and, in structural terms, the presence of the water table at a point that was very inconvenient for laying the building’s foundations. Urban links therefore determined the building’s underground layout, while the foundations were the greatest structural challenge involved in the project. They are in fact composed of walls going as far as 19 metres down and a base slab only 1.50 m thick positioned above the water table so as to create a watertight box. The solar panels, and the reflective capacity of the glass used in the project, produce and save a lot of energy, so that the building consumes only 75 kWh/m²/year, while producing 175MW/h/year. 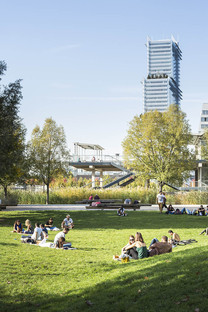 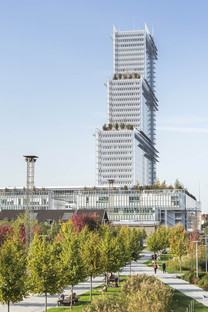 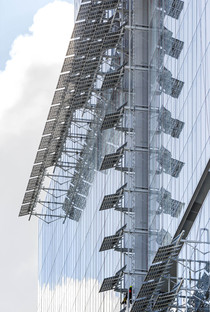 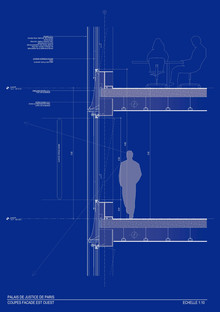 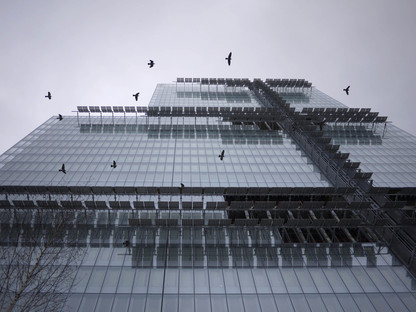 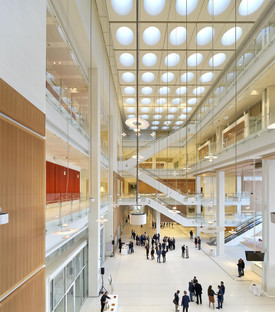 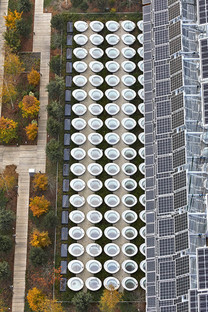 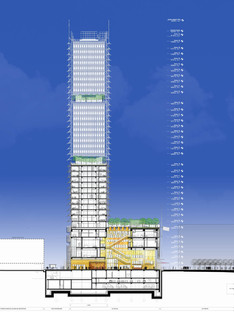