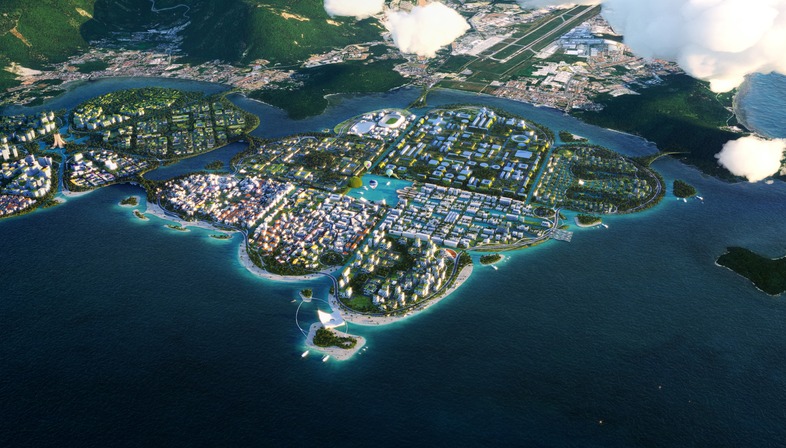 The government of the state of Penang, in Malaysia, held a competition for the construction of a floating city, won by BIG’s BiodiverCity project: a manifesto of biodiversity, sustainability and social inclusiveness.
BiodiverCity, conceived by BIG in collaboration with Hijjas and Ramboll, is an archipelago city across from the island of Penang consisting of three big artificial agglomerates, each built around an aquatic plaza and each with its own well-defined role in the city.
Originally, it seemed no easy task to build an archipelago on “green concrete” stilts which would meet the requirements of subtraction of land without continuing the kind of urban upheaval seen in recent years, and so the spirit of the plan left the morphology of the earth practically unaltered by gaining “land from the sea”.
BiodiverCity is composed of three big districts, Channels, Mangroves and Laguna, consisting of 8, 6 and 8 islands, respectively. Each district fulfils a different function: technological (Channels), business (Mangroves) and residential (Laguna). They are all linked not only by marine transportation appropriate to the location and the Malaysian lifestyle, but by a series of roads open only to slow forms of mobility, preserving the city’s pedestrian character for all levels of society. The three archipelagos are connected to the mainland in an ongoing dialogue of morphology, aesthetics and landscape.
The goal of preserving land and protecting it against over-urbanisation is also achieved through use of materials and technologies to be designed and developed in the high-tech park in the Channels set of islands for re-incorporation into the fabric of society through knowledge and education. Thus the theme of inclusiveness also takes on a role of primary importance in the project.
Natural resources will be used to obtain energy and for green concrete constructions made largely from recycled materials: a construction material that prevents chemical decomposition of the limestone in concrete, unlike the cement normally used. This decay effectively transforms the calcium carbonate in cement clinker into carbon dioxide, while green concrete does this to a much lesser extent. 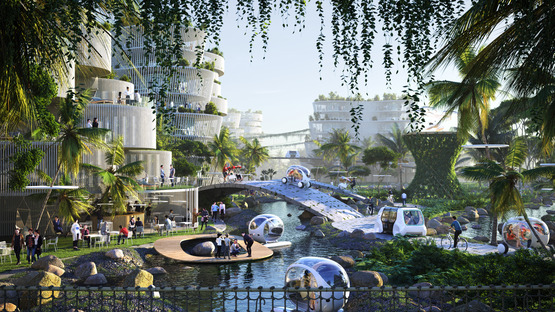 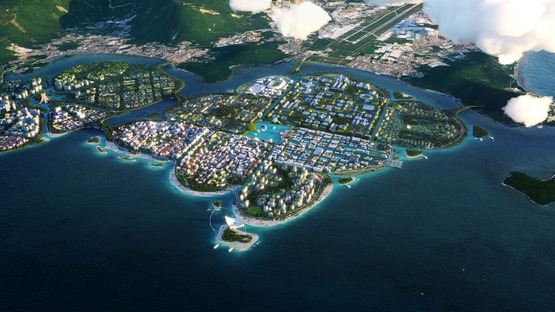 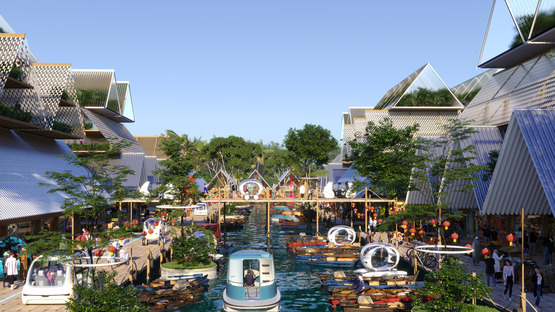 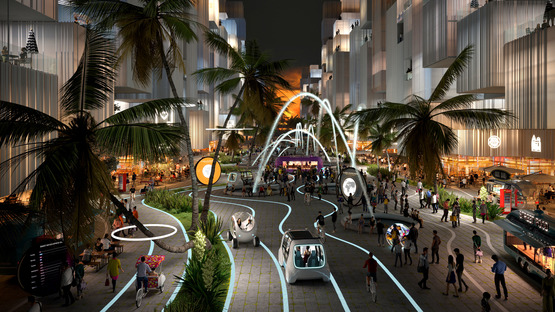 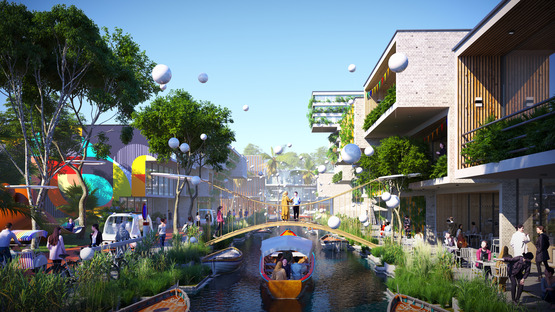 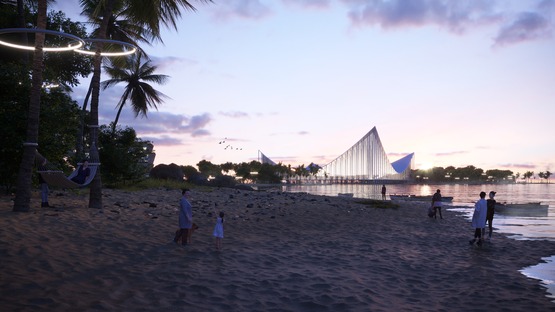 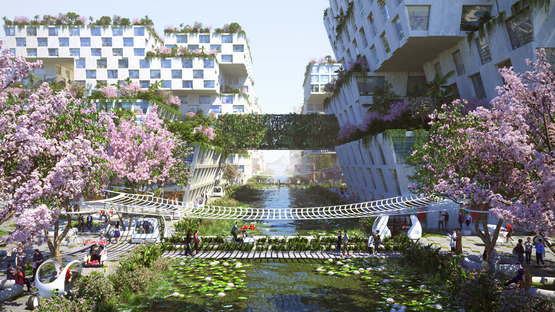 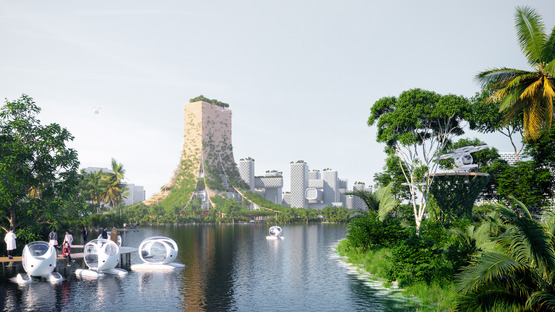 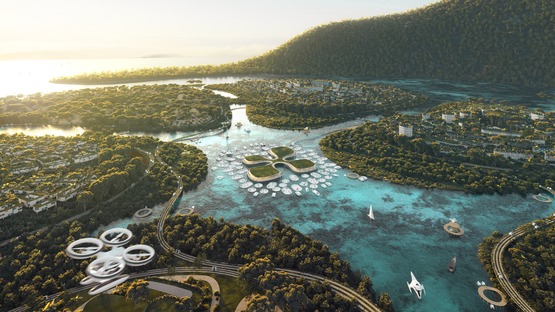 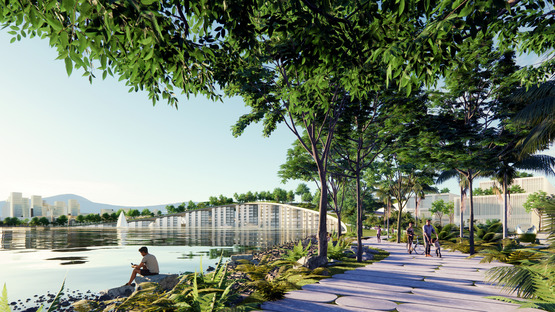 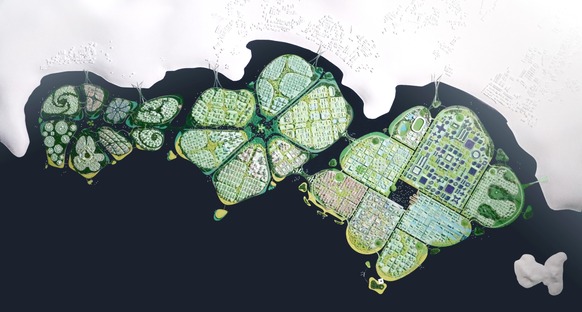 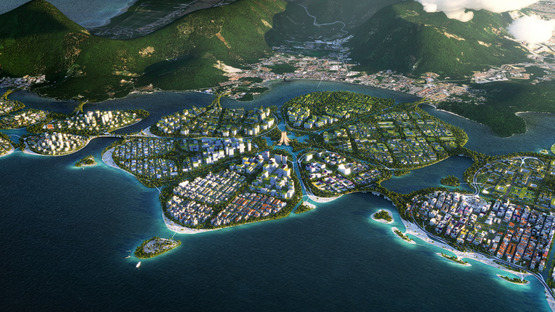 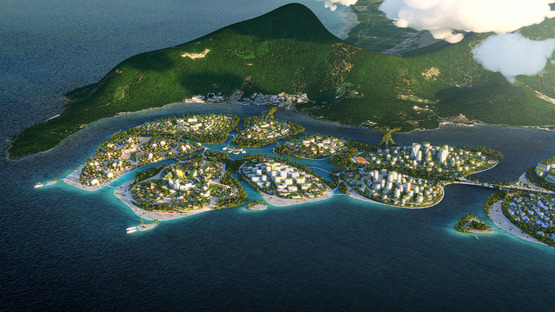 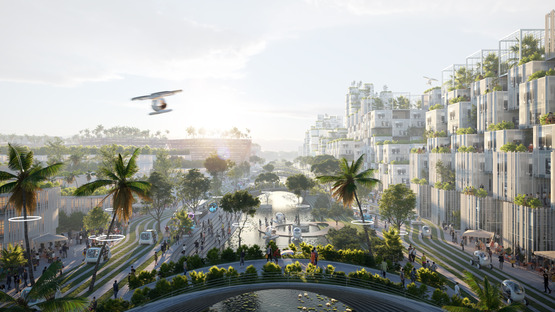 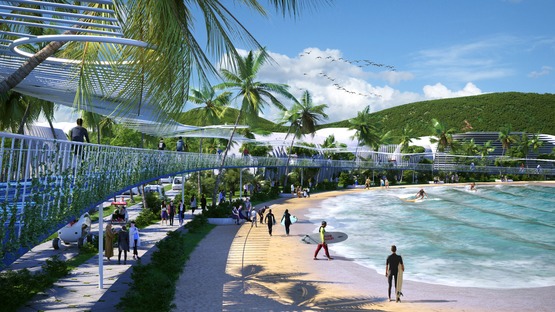 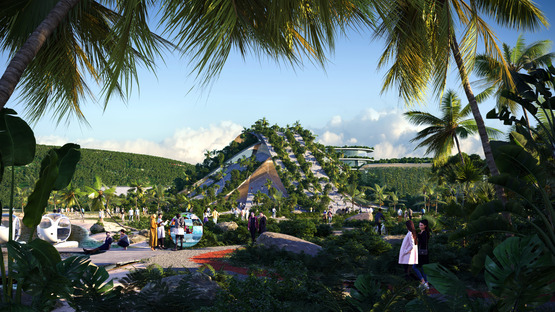 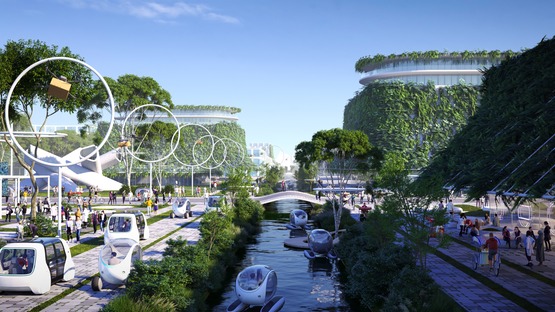 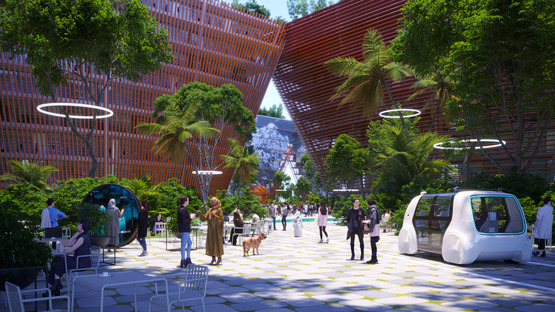 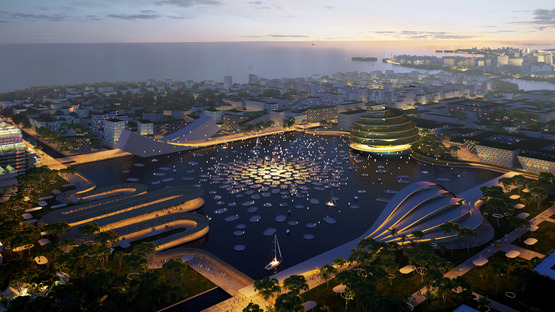