America’s best tall buildings completed in 2017 and nominated by the CTBUH as Best Tall Building America 2018. 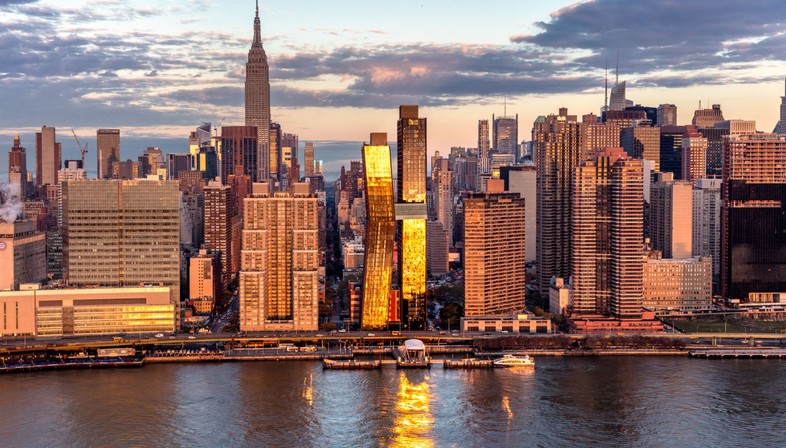 The Council on Tall Buildings and Urban Habitat (CTBUH) has selected four skyscrapers completed in 2017 as candidates for Best Tall Building in America 2018: 150 N. Riverside in Chicago by Goettsch Partners, the 35XV and the American Copper Building in New York City by FXFOWLE and SHoP Architects, respectively, and the Gaia Building in Quito designed by Leppanen + Anker, Uribe & Schwarzkopf.
The winner will compete against the top-ranking projects in each regional group for the award of "2018 Best Tall Building Worldwide", the most important award, to be presented in Chicago on May 31 at the end of the first annual Tall + Urban Innovation conference. 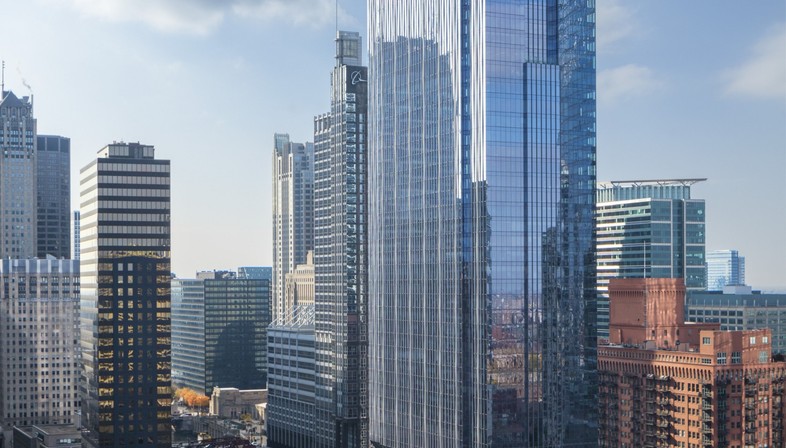 150 N. Riverside
The architects of Goettsch Partners designed a 54-floor office tower overlooking the Chicago River, overcoming the limitations of the space available. The lot on which 150 N. Riverside is built is a narrow lot between the Chicago River riverside to the east and the tracks of the railway station to the west, with viaducts to the north and south. Further complicating this restrictive site, which had in fact remained unused for years, a pedestrian pathway was required along the river. Goettsch Partners used a structure based on a single strong central core, permitting reduction of the volume of the weight-bearing structure on the ground floor and freeing the floors containing offices from vertical pillars. The result is a slender tower with a ground floor containing a big hall full of light, limited by oblique windows supported by the ceiling. The building’s shape allows 75% of the surface of its base to be used as a public park, plaza and riverside walk. 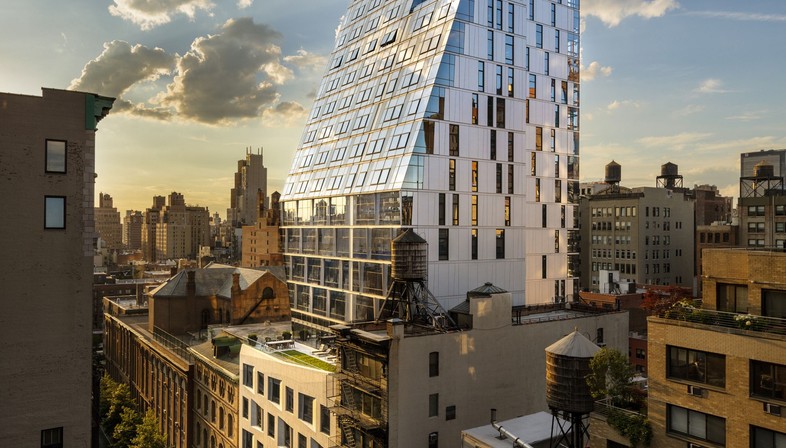 35XV
35XV, a skyscraper designed by FXFOWLE at 35 West 15th Street in Manhattan, is not a new building but an expansion of an existing building for combined residential and scholastic use. 35XV is located above the historic Xavier High School building, used as a granite base on which to raise a new tower of glass nineteen floors high. The skyscraper’s sculptural shape and new glass cladding meet the requirements of urban planning regulations and the client’s needs, providing panoramic views of the Manhattan landscape from the various different residential units.

American Copper Building
Not a single skyscraper, but two copper-clad towers form the American Cooper Building complex designed by SHoP Architects in New York on the East River. The first tower was opened in 2017 and the second is due to open in the spring. The architects chose an uncommon kind of cladding for a skyscraper, and in fact the American Cooper Building sets the record for the world’s tallest building covered in copper. The twin towers seem to dance, bending slightly in the middle, where they are joined by a panoramic bridge. This special skybridge is Manhattan’s highest; the three-storey structure contains an Olympic swimming pool and other services shared by the residential units in the two buildings. 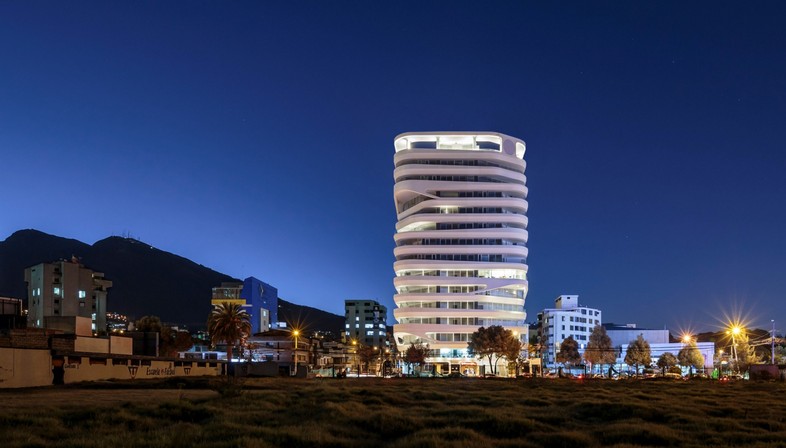 Gaia Building
The skyscraper designed by Leppanen + Anker with Uribe & Schwarzkopf in Quito, capital city of Ecuador, quickly became a new urban landmark for the city. The building stands at an important city intersection, which determined a number of formal choices. It is a fifteen-storey mixed-use building with a shopping centre on the ground floor, four levels of offices, and residential units in the upper floors. Its white façade is made of GFRC or Glass Fiber Reinforced Concrete. The big roof garden is a visual reference to the building’s natural setting, establishing an ideal link with the Andes towering over the city. 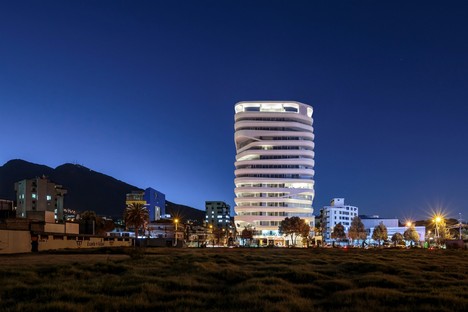 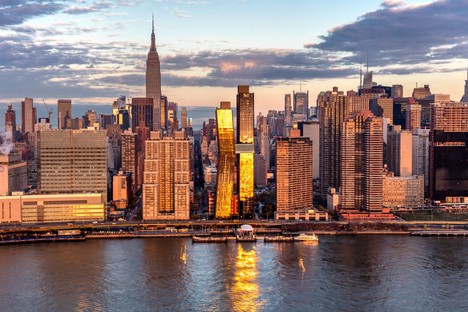 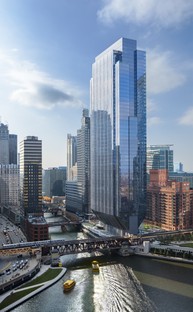 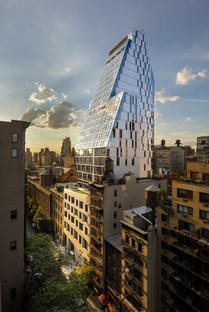