On 24 October 2019 SpazioFMGperl'Architettura, the Iris Ceramica Group’s gallery and showroom in Milan, presented the eleventh event in The Architects Series, the cultural event format presented by THE PLAN magazine. The guest of the evening was architect Kim Herforth Nielsen, founder and director of 3XN Architects of Denmark. 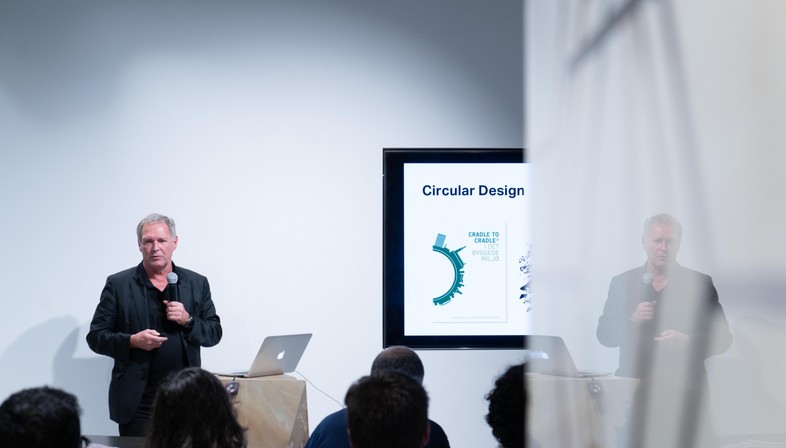 3XN Architects of Denmark appeared at the eleventh event in The Architects Series, the cultural event format presented by THE PLAN magazine for SpazioFMGperl’Architettura, the Milanese gallery and showroom of Iris Ceramica and FMG Fabbrica Marmi e Graniti, the top brands in the Iris Ceramica Group. At the opening on October 24, architect Kim Herforth Nielsen, founder and director of the famous Danish architectural practice, entertained the public with an interesting lecture on the topic of “Embracing Constraints”.

The docu-film made by THE PLAN offered the audience an opportunity to go behind the scenes at 3XN Architects, the studio founded by Kim Herforth Nielsen in Aarhus (Denmark) in 1986. The studio now relies on a multidisciplinary team of 140 architects from 20 different countries who work in its Copenhagen headquarters and offices in Stockholm, Sydney, New York and London.
“We believe that architecture has extraordinary power, and always try to design buildings that positively influence the behaviour of the people who inhabit them,” says Kim Herforth Nielsen, focusing attention right away on the principal assumption underlying the studio’s philosophy, which is that architecture can model people’s behaviour, promoting social interaction and synergy and individual wellness. The architect continues, “We want our buildings to encourage their users to feel good and use them in positive ways. Likewise, a good building plays a similar role in the fabric of the city". On the basis of this consideration, the founder of 3XN Architects guided the audience at SpazioFMGperl’Architettura on a brief tour of some of the studio’s principal projects, both completed and underway, drawing attention to the way the studio works: designing buildings that are not merely self-referential, but improve quality of life for citizens and users. For this purpose, Kim Herforth Nielsen emphasises that the studio’s multidisciplinary team of people from different cultural backgrounds represents a major source of added value, allowing the architects to take different points of view into account in order to come up with the best possible solutions. In 2007 the studio set up GXN, a special division of 3XN Architects concerned specifically with innovation and research in the area of sustainability. G stands for Green, underlining the Danish studio’s commitment to research and application of green materials and technologies in their projects. GXN’s contribution has been of essential importance in a number of 3XN’s projects, such as the Olympic House in Lausanne, Quay Quarter Tower and the Sydney Fish Market in Australia.

Olympic House in Lausanne, the new seat of the International Olympic Committee (CIO), inaugurated in June 2019, is one of the projects Kim Herforth Nielsen discussed. The CIO headquarters have received three of the most important, prestigious forms of sustainable building certification, LEED Platinum, SNBS and Minergie, and is considered one of the world’s most sustainable buildings. It is an iconic high-tech building offering a concrete example of the circular economy and therefore circular design Kim Herforth Nielsen discussed in his lecture, for more than 95% of the construction materials were reclaimed and recycled from the old administrative offices present on the site. 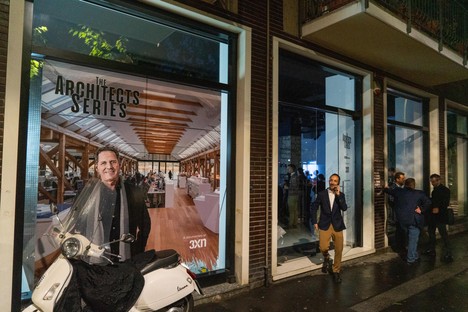 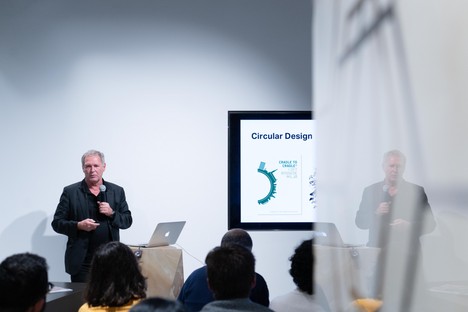 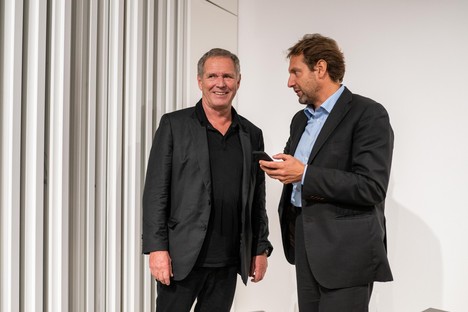 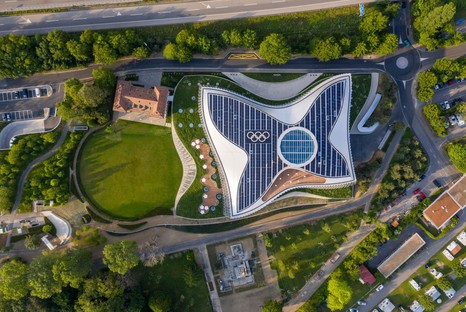 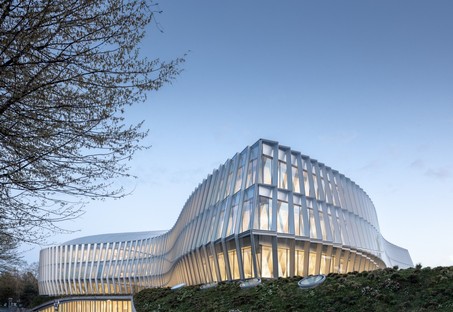 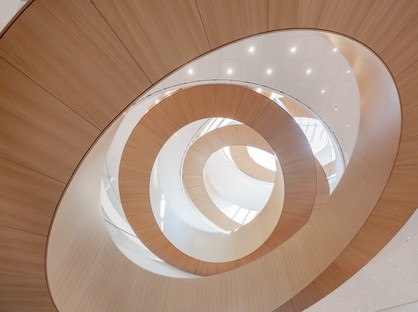 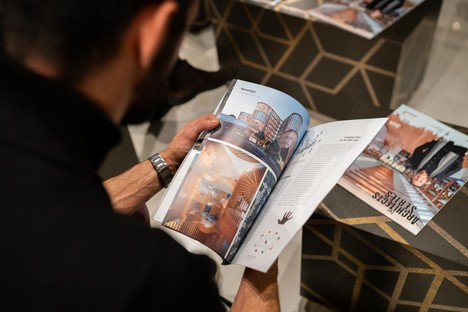 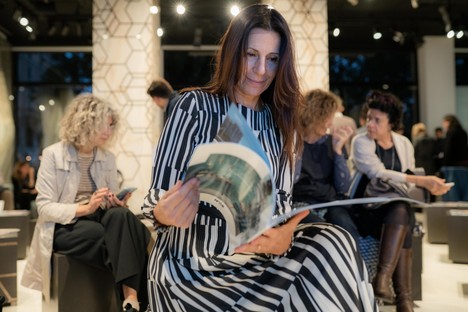 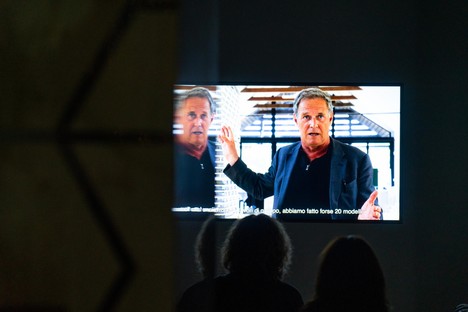 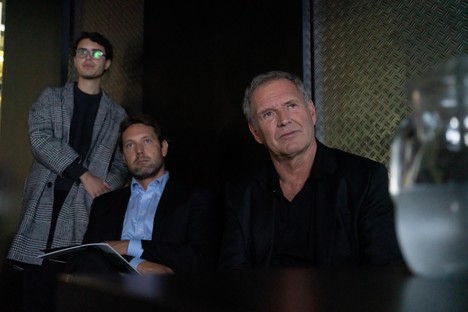 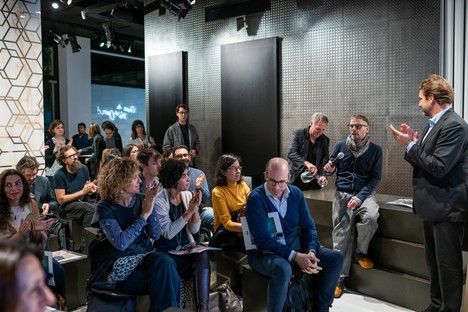 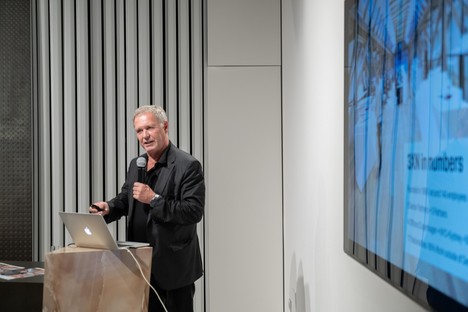 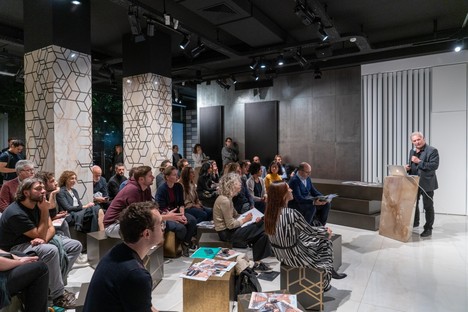 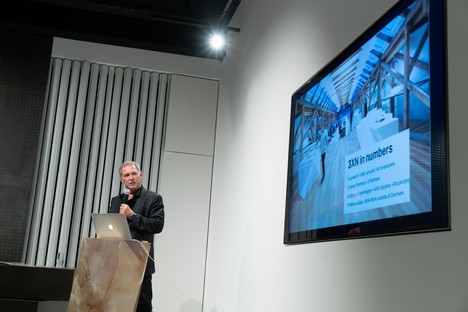 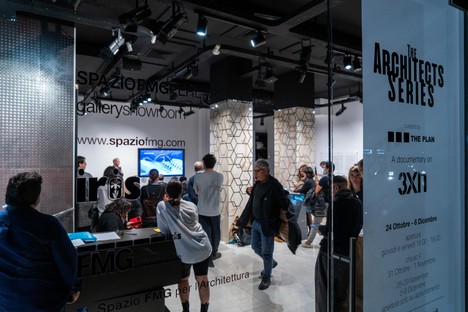 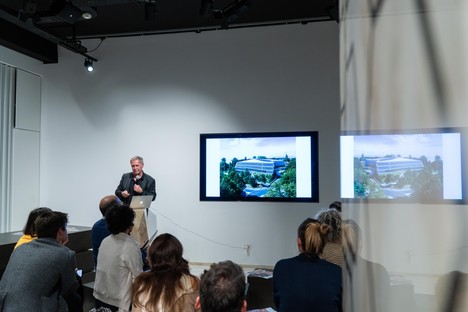 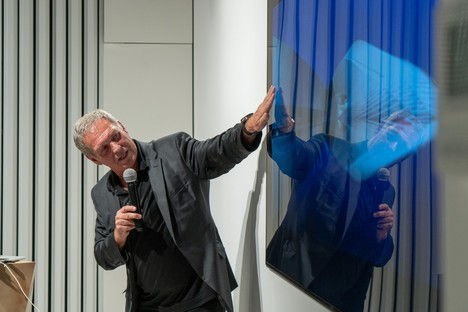 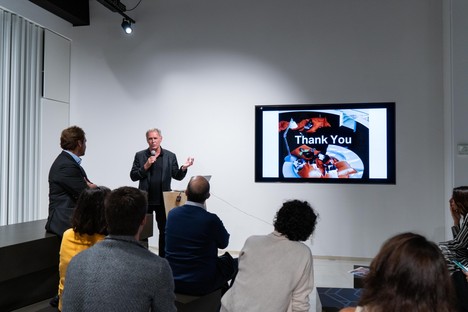