On November 9, a new project by Zaha Hadid Architects was inaugurated in Guangzhou, China: Infinitus Plaza, the new global headquarters of Infinitus China, a health and wellness company specialised in the research and development of herbal products. 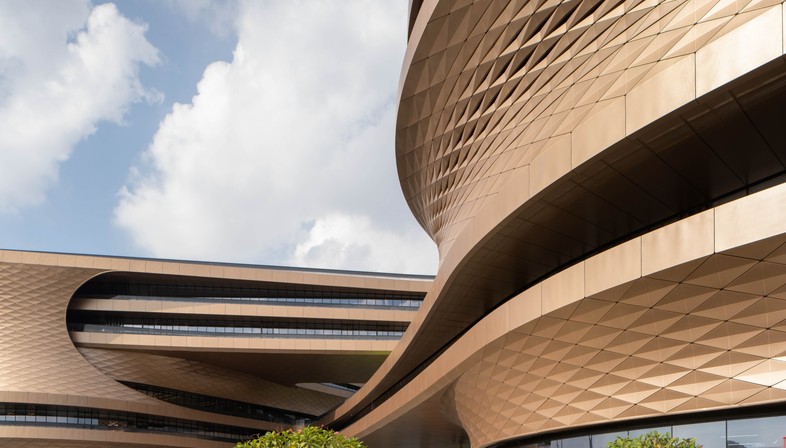 Infinitus Plaza, the new headquarters designed by the Zaha Hadid Architects studio and recently completed in Guangzhou, China, stands out on the site with two large sculptural volumes, connected by two paths configured at different heights. The intent is clear: to recreate the infinity ("∞") symbol using architecture and, at the same time, to respond to the constraints imposed by the area. The symbol is undoubtedly a tribute and a reference to the name of the client – Infinitus China –, company that operates in the health and wellness sector specialising in the research and development of herbal products. At the same time, the articulation in two volumes was also determined by the presence of the nearby metro line. Infinitus Plaza is, in fact, adjacent to the Feixiang Park Station, on the Guangzhou Metro Line 2, straddling the metro’s sub-surface tunnel. Dividing the headquarters into two interconnected buildings on multiple levels has therefore made it possible to overcome the constraints imposed by this significant infrastructure. Moreover, the articulation in two interconnected volumes also helps define a gateway to the new Baiyun Central Business District: the new business centre built on the site of the disused Baiyun airport, which connects Guangzhou’s city centre with Feixiang Gongyuan Park and with the new residential areas built inside the airport’s redeveloped area. 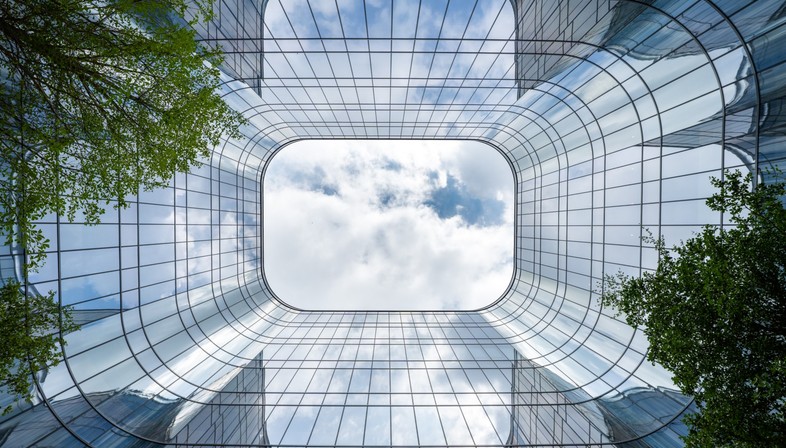 Infinitus Plaza develops over eight storeys conceived as rings around central atriums and courtyards, in which the infinity symbol "∞" echoes and where the various work environments designed to facilitate interaction and communication between all the company’s departments are distributed. In addition to the offices, the new headquarters also include the research laboratories on medicinal herbs produced by the Group, the safety assessment laboratories, as well as a centre used for training, conferences and exhibitions. The two bridge structures connect the two main volumes with commercial and food areas. They also contain flexible common areas to promote the individual and collective well-being of employees, such as gyms, rooms for recreation and relaxation, a restaurant and a café. Both the external and the internal spaces have been conceived to contribute to building a strong sense of community ("Si Li Ji Ren"), a key concept of the company’s corporate culture which is based on "considering the collective benefits before acting". The Infinitus Plaza has been designed and built in compliance with the LEED Gold certification and the corresponding 3-Stars of China's Green Building Programme. Several measures have been taken to optimise and improve the performance of the building. For example, solar irradiance was taken into account to define the width of the external terraces and to design the perforated aluminium panels that guarantee natural shading to the spaces, contributing to a reduced energy consumption. At the same time, photovoltaic systems were used for energy production and a sophisticated intelligent building management system was adopted that collects rainwater from the roof and reuses it. The recovered water is used both for the micro-irrigation of green areas, as well as for the roof’s cooling system, based on natural evaporation, which on hotter days makes it possible to significantly lower the internal temperatures, generating important energy savings. 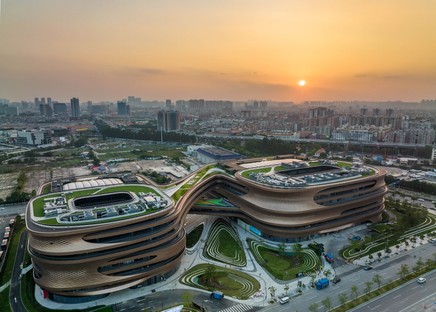 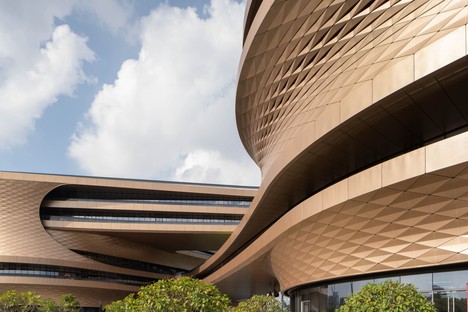 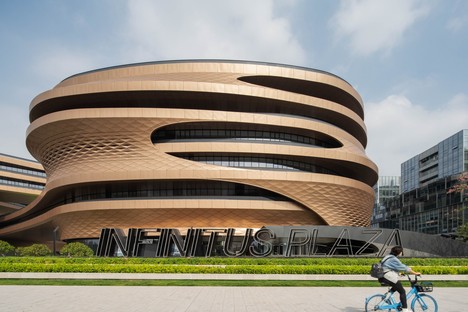 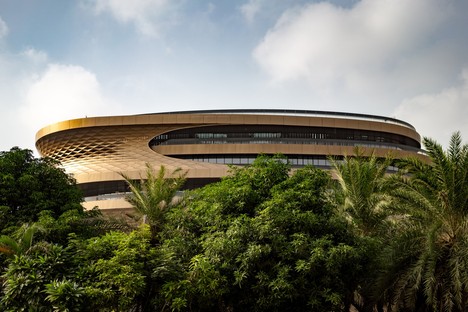 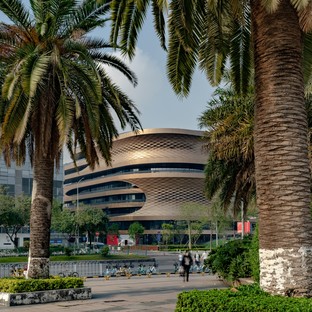 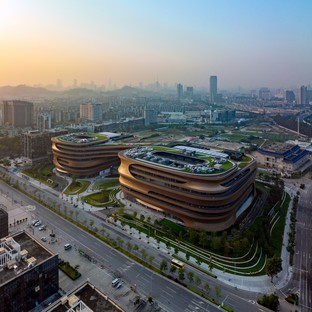 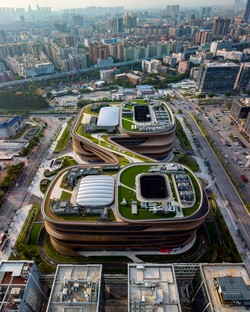 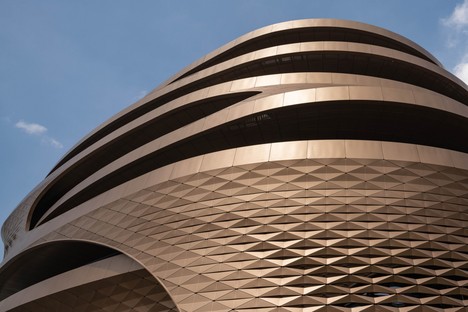 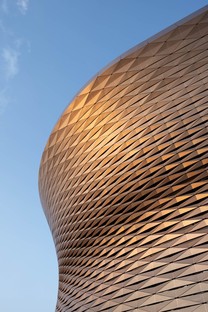 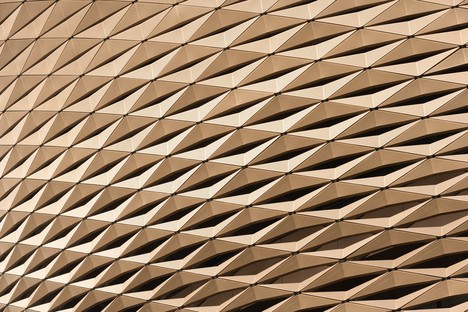 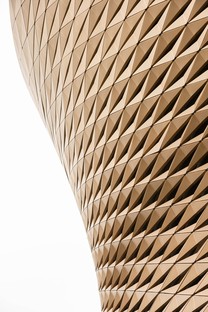 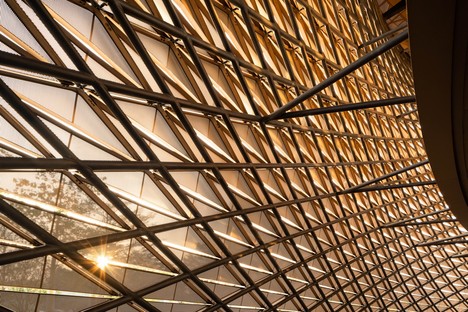 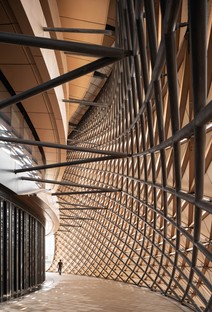 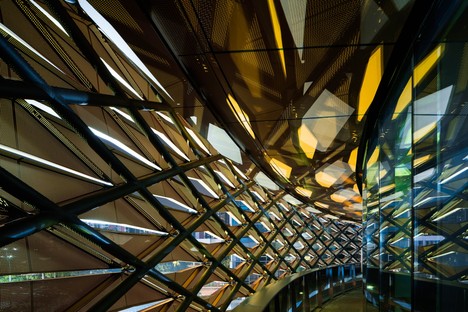 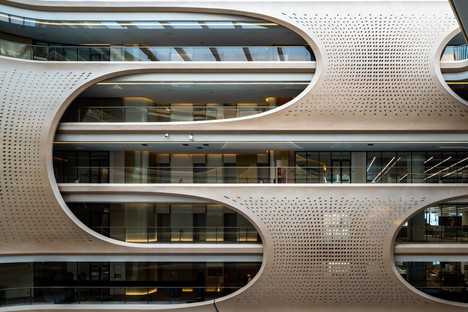 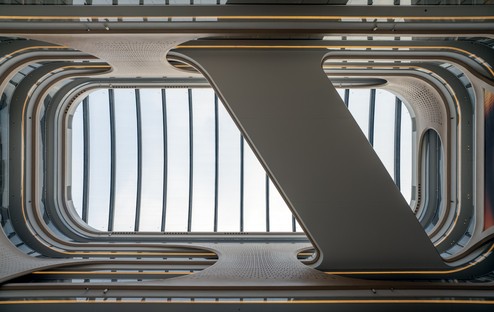 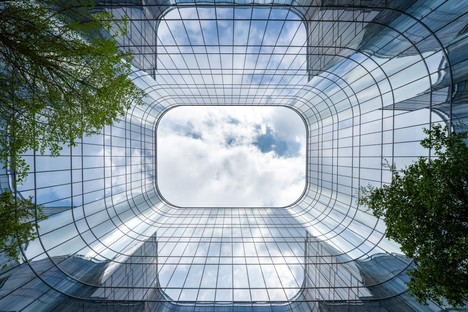