In the city of Guangzhou, in China, the UNStudio architecture firm recently completed the interior design project and the façade of the new OPPO flagship store, one of the leading Chinese mobile phone brands and one of the largest manufacturers of smart devices in the world. The architects rely on the design of the façade to guide store visitors towards a new experience aimed at discovering the brand and its products, while the new interior design becomes a reflection of the brand's renewed corporate identity. 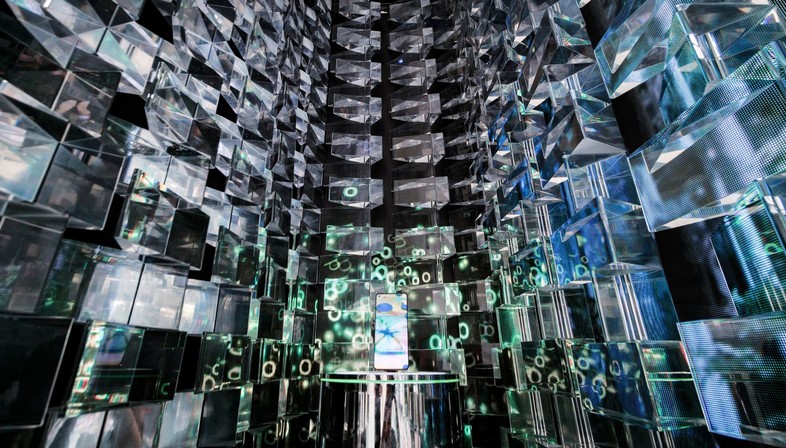 OPPO, one of the leading Chinese mobile phone brands and one of the most important manufacturers of smart devices in the world, recently commissioned the UNStudio architecture firm to create the project for the interior design and the new façade of the brand’s flagship store, located in Zhengjia Plaza, in the Tianhe district of Guangzhou, in China.
Progressively affirming its presence on the world market, the Chinese company has improved and strengthened the communication of its brand and, after the opening of major stores in Shanghai and Shenzhen, Guangzhou was the Chinese city selected by the company to communicate its renewed corporate identity. For this very purpose the UNStudio architecture firm recently redesigned the interior of the flagship store, together with the new 300 m2 façade.
A project that immediately received international recognition and was in fact selected for the "Best Design Awards" organised by the Designers Institute of New Zealand, as well as receiving the "Best of Year Award" handed out during the A' Design Awards
The need to reflect corporate values through design is a feature that characterises all the brand’s flagship stores and, when it comes to a technological brand, this aspect requires a specific approach. As Ben van Berkel, founder of the UNStudio firm explained, for an architect, one of the most interesting aspects associated with this type of project is being able to create a total experience linked to the brand by reinterpreting its aesthetics and technology. The UNStudio, in fact, redesigned OPPO’s IT aesthetics, giving them an architectural form in the façade, the furnishings and the finishes of the flagship store. An idea that the architects carefully merged with the existing urban context in which the store was built.
Guangzhou is in fact a great contemporary metropolis known for its avant-garde architecture such as the Guangzhou Opera House designed by the Zaha Hadid Architects studio while, at the same time, it is also a historic city with an ancient past. UNStudio’s architects accepted and successfully met the challenge of creating a project that respects the city’s past, mediating the urban context with the values of the brand. The new store façade is a bold element, a new and recognisable urban landmark which asserts the contemporaneity of the project, but which at the same time demonstrates close attention to traditional craftsmanship. The façade was constructed using extruded tubes that resemble bamboo, an important and historical material for Guangzhou's inhabitants used in construction and in the clothing industry. The sliced tube section is a 3D interpretation of OPPO’s initial, while the curvature of these elements gives the façade an undulating look which echos that of the brand’s logo, guiding visitors to the store’s entrance. Inside, this fluid movement continues in the articulation of the various routes that lead store visitors to the different display areas where they can discover the brand’s products. The architects’ attempt, in fact, is to create a sort of “Urban Park”, an inclusive place where the boundary between public space and sales area blurs and where users can enjoy new cognitive experiences of the brand’s products. 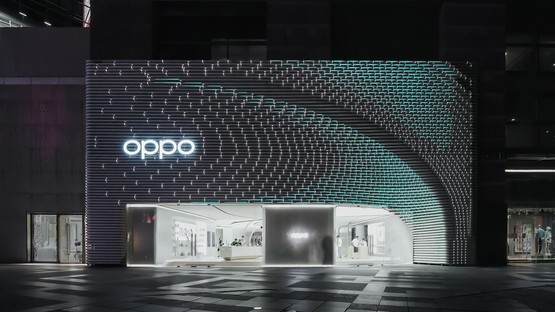 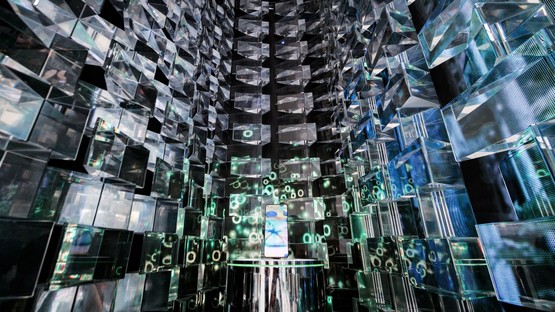 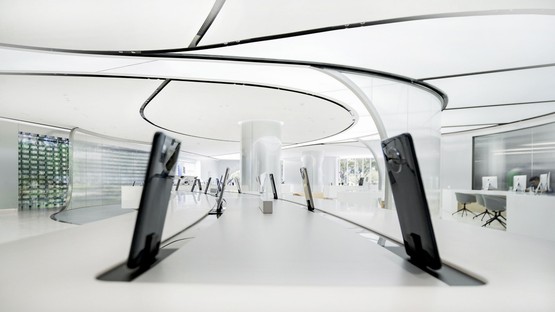 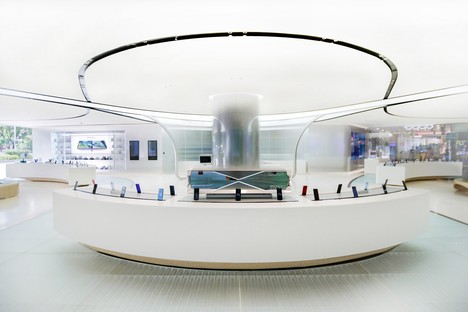 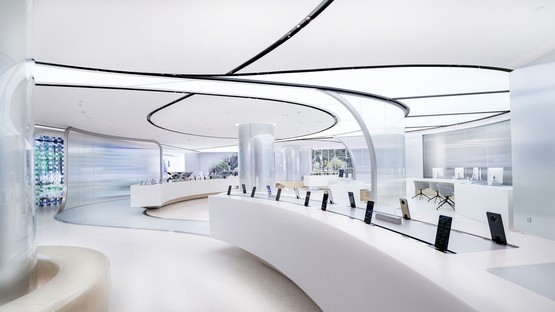 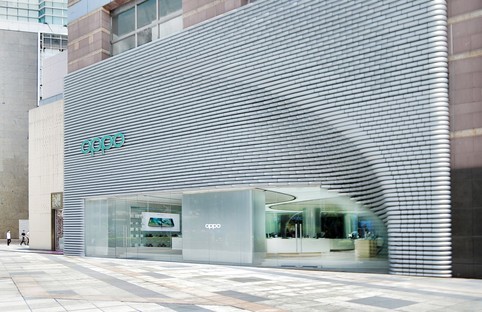 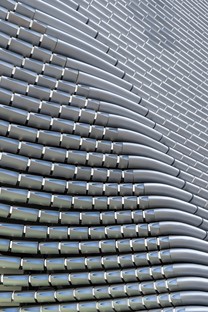 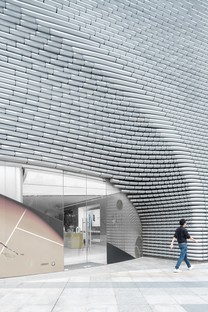 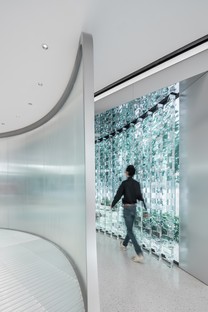 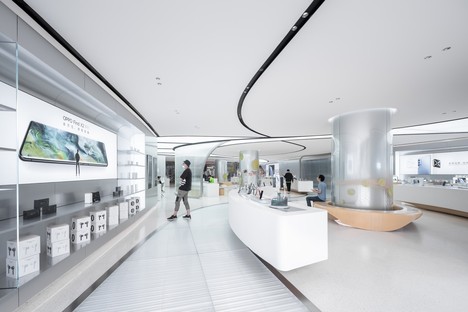 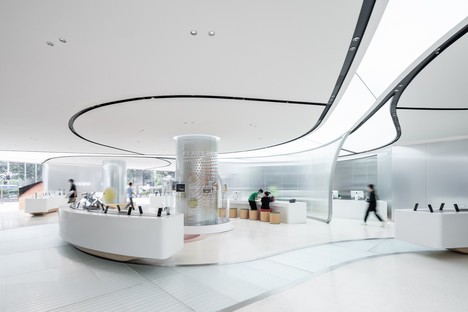 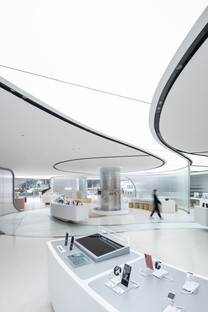 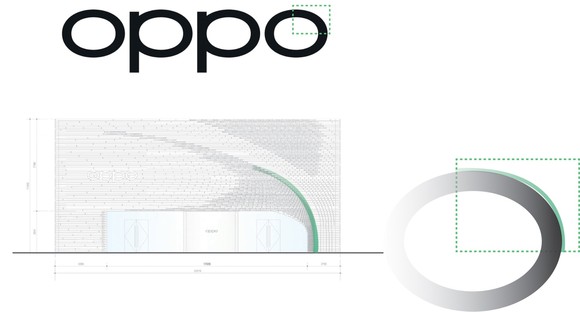 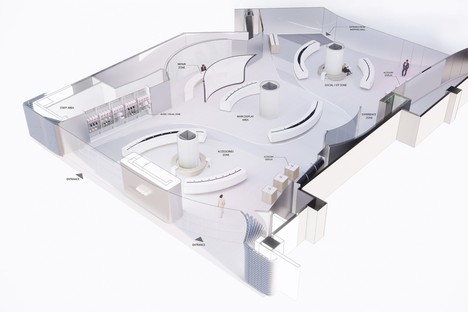 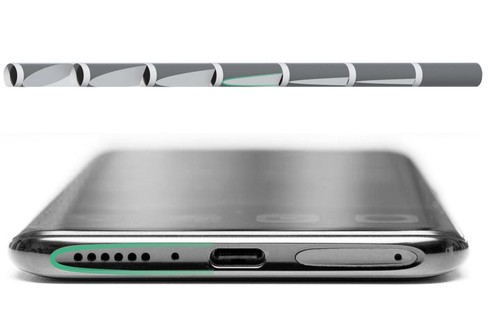 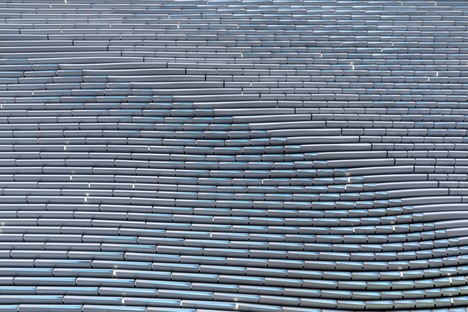 UNStudio and Bauwerk new Van B residences in Munich