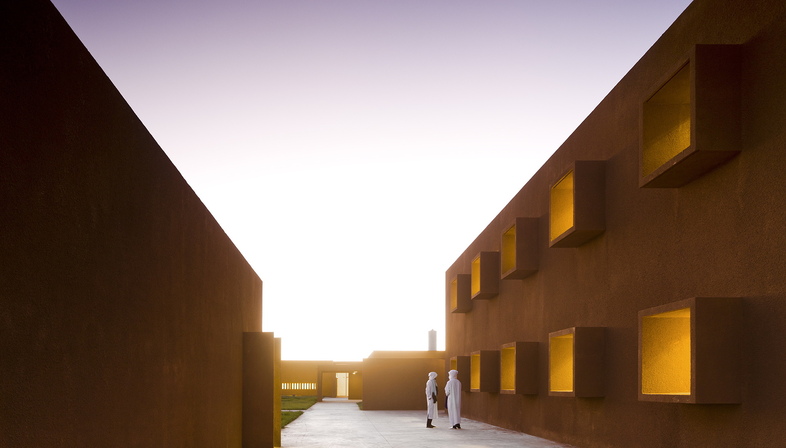 Shortlisted for the 2016 Aga Khan Award, the Technology School of Guelmin by Saad El Kabbaj Architecte is an intriguing mirror of Moroccan architecture marking an important chapter in the country’s social history. As Driss Kettani himself, one of the project managers for Saad El Kabbaj, emphasises, the value of the new Technology School building in Guelmin lies not only in the fact that it is a rational project built in continuity with the country’s traditions, but that it brings a university institution to southern Morocco, a logistically and culturally isolated area.
The new location of the polytechnic institute was commissioned by Université IBN Zohr d’Agadir, an institution which has several campuses, some in Agadir and others in remote locations such as Ouarzazate and Guelmin. One of Morocco’s southernmost cities, on the edge of the Sahara Desert, Guelmin has a conservative population, and the poorer people are not accustomed to the idea of women’s emancipation and education for girls.


On a lot northeast of the centre of Guelmin stands Saad El Kabbaj’s building, extending over a large area located on a central north-south axis along which various institutions are lined up. The entrance at the southern end leads to a central route through gardens and covered pedestrian pathways. The first buildings contain public services: a 250-seat auditorium, the administration building, the library, the infirmary, the prayer hall and the professors’ offices. Then come the classrooms, arranged in compact geometric blocks, lined up in groups of three as if to form branches emerging from the central trunk.
The entire project is very orderly, with a layout based on the intersection of perpendicular lines, designed to make it easy for students to find their way around and feel at home.
The shape of each block in the complex is inspired by that of the qasba, the traditional fortified citadel typical of Arabian cities. The reinforced concrete structures are ochre in colour with surfaces in relief, like the raw earth constructions traditional in Morocco. The imposing, compact dimensions of each building, drawing on Middle Eastern traditions, are lightened up by solutions that reduce their overall impact, such as a chessboard arrangement of square windows with jutting frames or slits opened up in various different surfaces, sunbreak roofs over the massive outdoor staircases and groups of slender pillars supporting heavy platform roofs. The sun and the hot climate are left outside, while these solutions serve to create semi-sheltered areas where students can stop and walk and enjoy the effects of natural ventilation. The shadows they create decorate the surfaces of the bare walls.

If Guelmin is the “gateway to the desert”, the buildings forming the Technology School of Guelmin with their sandy colours, flat roofs and massive shapes might be called its ramparts. 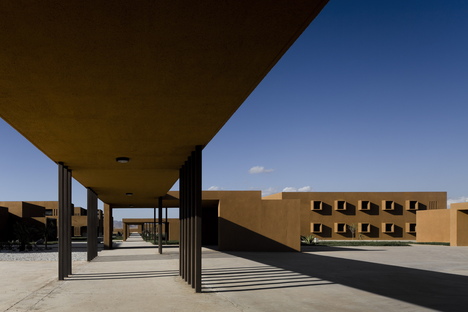 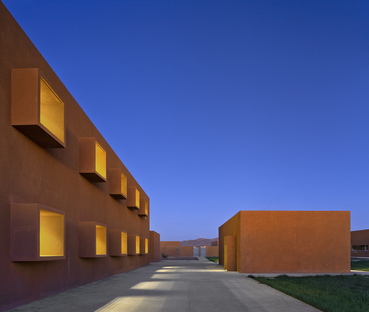 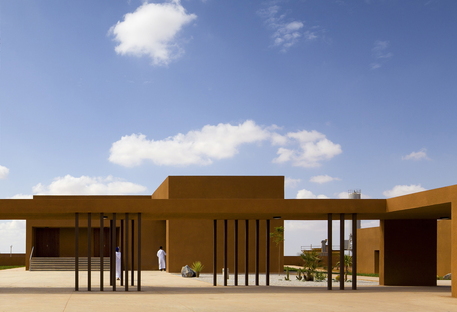 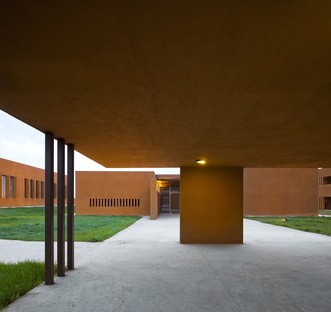 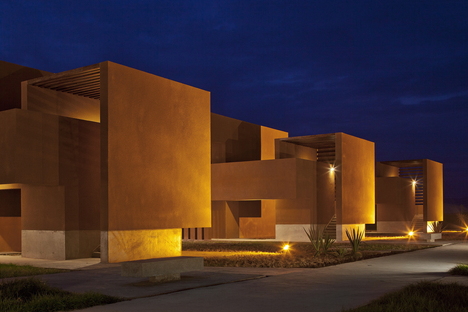 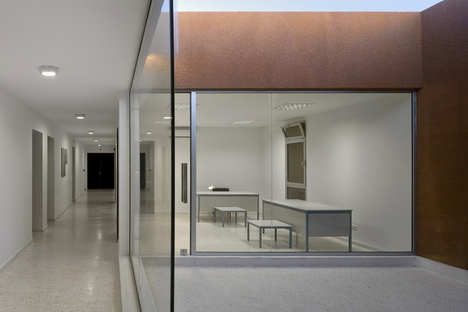 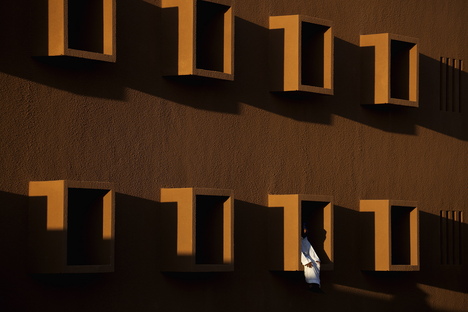 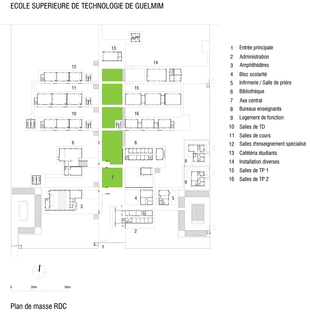 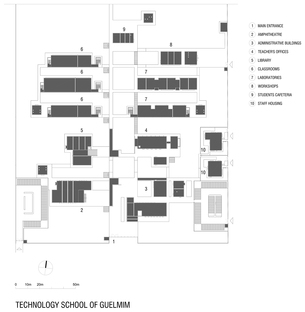