Yo Shimada of Tato Architects has converted an old hotel in Hofu, Japan, into a house incorporating an office and shop for the family business. A diagonal rhythm for the interiors - a favourite approach of Yo Shimada’s - has been grafted onto the original structure, transforming the way the rooms are perceived.

The design for the house with attached office in Hofu, Japan, was conceived at the same time as the houses in Takatsuki and Sonobe. Yo Shimada of Tato Architects performs experiments on living conditions that are strongly conditioned by the location or by specific situations of his clientele. Indeed, it is difficult to discern a predetermined expressive language, a definable “style”, as his intention is instead to use architecture as a tool to resolve or enhance an original situation in an individual way. As such, Shimada works on what is already in place and adapts his design accordingly, acting on a case-by-case basis and addressing issues that are dear to him, in particular the boundary between private and public.
In the house in Sonobe, the use of translucent panels to build residential annexes that became the hallmark of the entire project represented an opportunity to establish a new perceptual limit in the interiors. In the house in Takatsuki, meanwhile, nestled snugly between the other single-family homes in the area, the idea of private life does not go beyond its wooden walls, but rather takes shape and expands thanks to the layout of the internal space, where the succession of interconnected rooms offers a multitude of perspectives capable of making anyone quickly forget the home’s minimal relationship with the outside world.
It is only by taking a more careful look at Yo Shimada’s work and observing the plans of his buildings that one can truly discern a recurring compositional choice, namely the organisation of the rhythm of the space along diagonal lines which, in contrast to an orthogonal approach, allow the architect to create that interweaving of paths and visions that he seeks out and implements in every single home he designs. This is also the case in the house in Hofu, where highly stringent pre-existing constraints once again impose themselves upon the development of the project. The plot, around 1000 square metres in size, was previously occupied by a small hotel, built 40 years before and now abandoned. The single-storey structure was taken over with the aim of building a house and a shop for the business run by the family, which owns a brewery founded all the way back in 1865. The revamped design of the structure had to accommodate both residential and business functions, all whilst maintaining the original structure.
As the outskirts of Hofu are somewhat less than enchanting, this was another opportunity for the architect to create new internal views rather than looking outwards for inspiration. The design preserves and renovates the steel and wood shell, as well as the multi-pitched roof, whilst entirely transforming the distribution of the rooms. Yo Shimada used a 45° diagonal layout to take the space apart and reassemble it in service of its new functions, dividing the home from the office without interrupting their continuity. The result is unexpected, even labyrinthine spaces in which the disparity between the expected orientation, when viewed from the outside, and the internal layout does a great deal to change the perception of customers entering the shop. This is complemented by a space created by the three sides of the roof, forming a central courtyard where Shimada has designed a large internal garden, dividing it in two and allocating one part to the house and the other to the office. On the eastern façade, the design incorporates a variation to the external walls, demolishing an existing segment and instead introducing angled walls to close the garden space off, echoing the layout of the interiors. Left uncovered by the roof, these sections of greenery, marked out by oblique borders, offer the freedom of a vertically unbounded space in contrast with the grid of internal walls.
The entrance to the offices and shop, which has remained in its original position on the north side, opens onto the resulting internal courtyard which, not being visible from outside, is immediately striking to visits, translating into a declaration of intent, including for business purposes.
Sliding doors and windows inserted into the grid of 45° walls gradually mark the transition from the public areas to the semi-public ones, and then to the privacy of the house. The warehouse and shop are on the north-west side, facing the street; the office and prototyping room for product development are at the centre of the layout, with a greater degree of privacy; whilst in the south-east lies the family’s residence, with an independent entrance. In the office, the windowed meeting spaces are followed by closed, hermetic warehouses and laboratories; in the house, the living areas overlooking the gardens lead to the private bedrooms. The diagonal composition significantly affects how the space is perceived, creating intrinsically dynamic environments where residual spaces become atria and terraces. 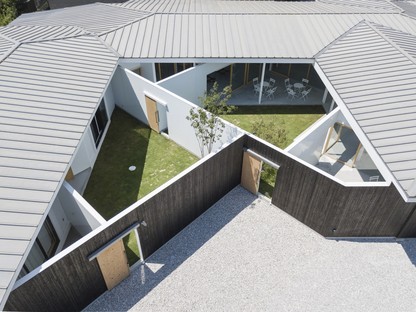 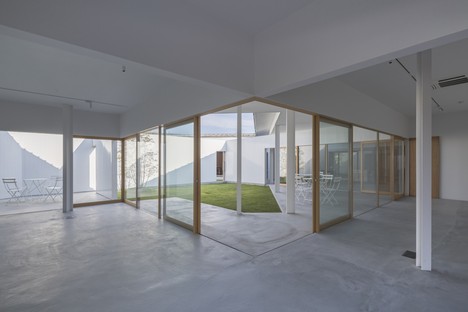 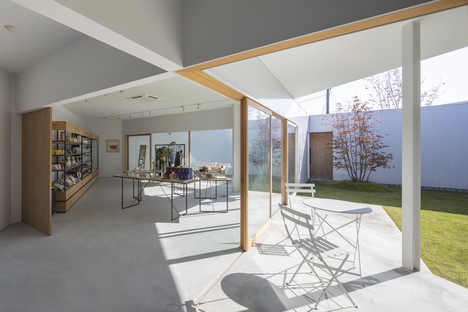 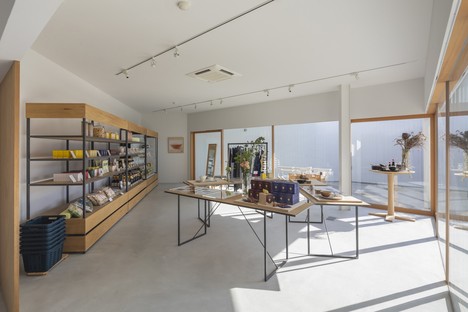 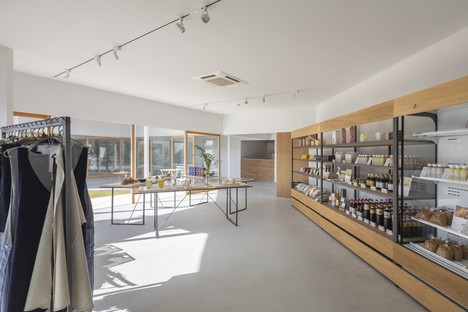 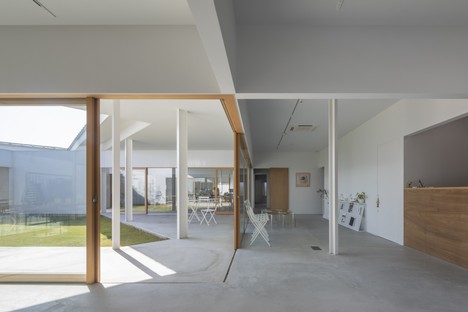 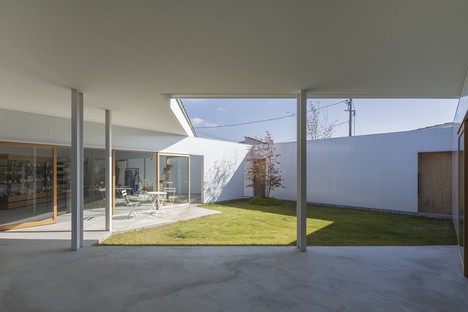 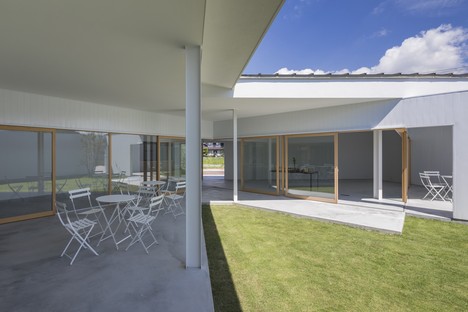 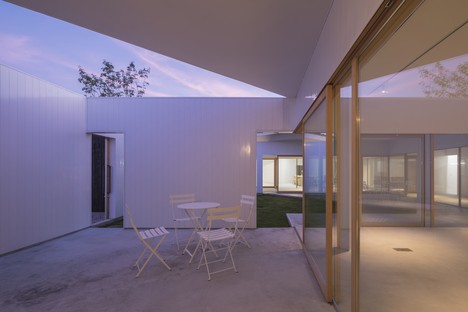 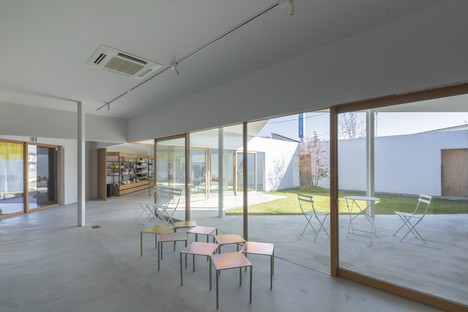 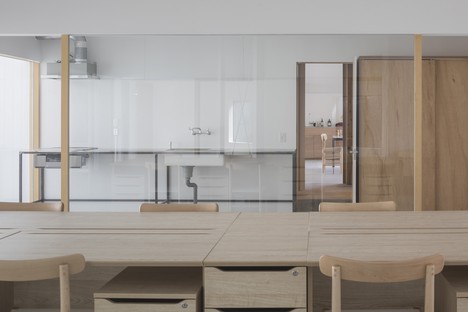 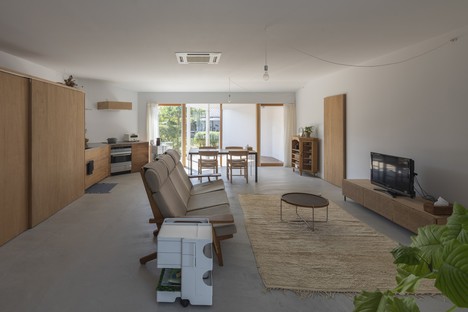 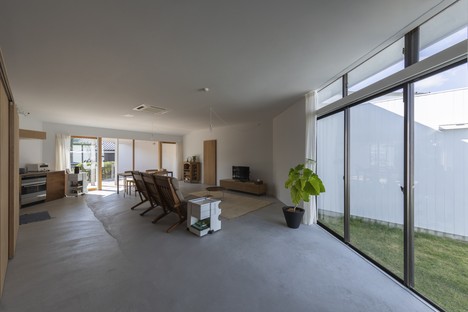 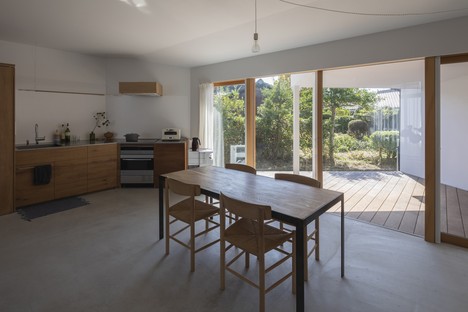 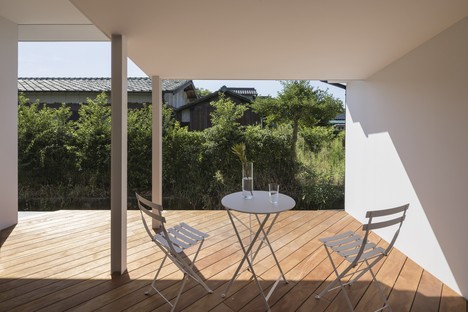 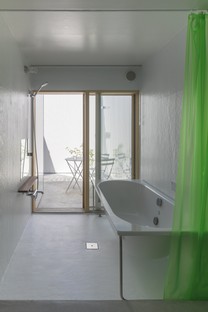 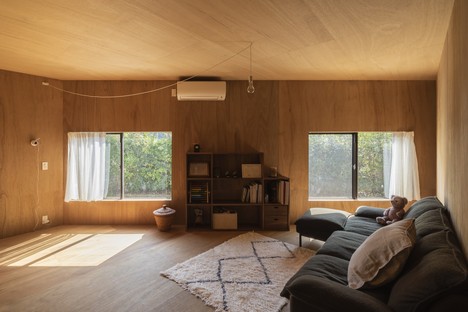 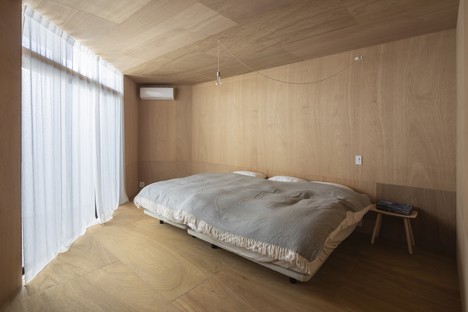 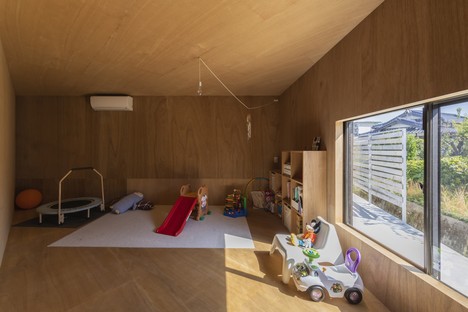 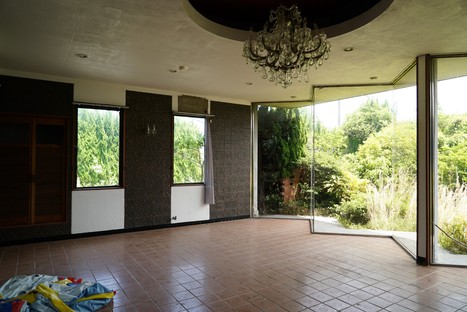 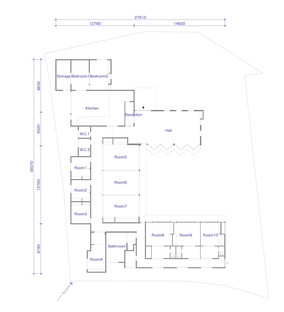 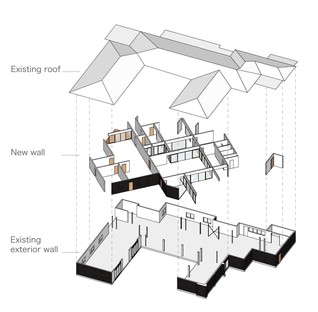 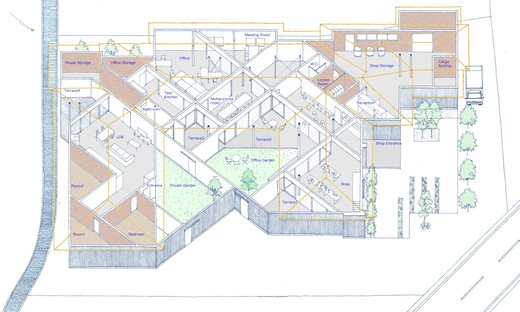